ABC staff Crikey has spoken to over the past day are confused about changes to regional radio shows, and are sceptical of ABC management claims. 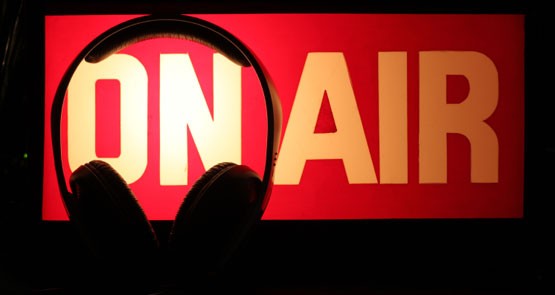 ABC regional radio staff say the more things change, the more they stay the same, with major changes announced in a group email and at least one presenter told her show would be cancelled while she was live on air.

As Crikey reported yesterday, on Wednesday the ABC unveiled new programming for 2016 to axe regional mornings programs, and replace them with longer breakfast segments and a one-hour local issues show called Local Life. The changes will also impact news bulletins, with only three bulletins to be produced at a station per day (6.30am, 7.30am and noon), with other bulletins being “news headlines” — statewide round-ups with local stories dropped in at a station level.

The changes have drawn opprobrium from regional Coalition MPs (though Malcolm Turnbull defended the changes on ABC radio this morning). But the ABC has downplayed their significance, arguing the programming changes will not result in any job losses; are the result of consultation with ABC staff; and will allow reporters to spend more time on the road and less time in-studio, prepping for shows and news bulletins.

But regional ABC staff Crikey has spoken to over the past day are confused about how the new show will work, and are sceptical of ABC management claims.

Staff are also upset at the the way they were told about the changes — initially through an email to regional staff. The mornings presenter in Alice Springs, Nadine Maloney, says she was sent this email while she was on air …

Crikey understands this wasn’t the case everywhere — the NT operates in a different time zone to most mornings programs — but many staff resented being informed of such a large change through an all-staff email and not in group meetings. Crikey is told that during the conference call that followed the email, ABC management apologised for the all-staff email, but said it would have been impractical to announce the changes in person or in small groups.

Staff said they still were not sure what the new one-hour Local Life program will entail. At one point, the suggestion was floated that the program could be a talk-back gardening program, to the consternation of some current mornings hosts.

“There used to be two presenters in the morning — the breakfast presenter and the mornings presenter,” one ABC regional staffer told Crikey. “Now one of those presenters is only going to have one hour on air.

“You’ll lose that sense of a show you’ve worked on and crafted, and built up over the years. And let’s not forget that in radio, we have egos and personalities … to be told you’re not needed on-air as much anymore is really heartbreaking.”

Across the country, regional breakfast programs are under-resourced. This is commonly acknowledged by ABC staff and management. As part of the new structure, many of these programs will gain a producer, which will help with the extension of the programs.

The ABC said the need for a producer came out of its consultation with regional staff earlier in the year. But Crikey is told the consultations conducted by new director of regional Fiona Reynolds couldn’t really be called that at some stations. “It wasn’t really a consultation — the regional director told us how it was. When we asked questions, we were told we’d find things out when we needed to know. Consultation isn’t quite the right word for that,” one staff member said.

The ABC’s new regional division, formed after last year’s budget cuts, was intended to break down silos and make communication across the division easier. But the way the changes were decided on and announced, ABC staffers say, was in keeping with the habits of the past.

Sounds a bit like the days of David Hill running rampant through the luxuriant undergrowth of ABC circa 1980 – champagne & roses by comparison with today’s triple expresso.