Craig McPherson swings the axe at Seven, and Daryl Somers is returning to Nine to host a new game show. 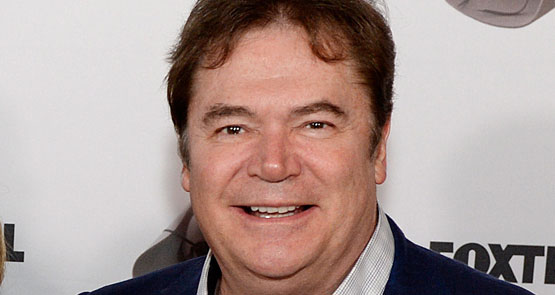 It was a day of comebacks and Melba imitations at the Seven and Nine Networks yesterday. Seven cleaned out its Sydney newsroom boss, Chris Willis, and replaced him with an old stager from 2GB and the Ten Network, Jason Morrison, and Seven also flicked its network news director, Rob Raschke. Nine brought back Daryl Somers into its 2016 line-up, ditched its weak replay service called Jumpin, and will continue with its fascination for Western Australia’s wealthy by turning the late Alan Bond’s life into a melodrama along the lines of the treatment given to Gina Rinehart earlier this year in House of Hancock.

In fact there’s a touch of synergy between Seven’s purge of its news bosses and that Rinehart program (over which she sued Nine and the program’s producers): Seven’s new Sydney newsroom boss, Jason Morrison, is a journalist and former PR flack for Rinehart. Morrison used to work at 2UE, 2GB and the Ten newsroom in Sydney, and he is an unsuccessful Liberal Party candidate for NSW Parliament. The catalyst for the changes at Seven is Craig McPherson, who returned to Seven in July as network news and public affairs director in waiting while his contract with Nine expired. Yesterday was his first real day on the jobm and he swung the axe, with the approval of Seven management and board.

Willis was flicked after 24 years at Seven after losing the lead to Nine in the 6pm battle in the country’s biggest TV market. Out as well after him is network news director Rob Raschke. He beat McPherson to the top job in 2013 as the network’s news and current affairs boss, replacing Peter Meakin, who retired (but is now at Ten). McPherson went to Nine, following his wife, Sonia Kruger, who is a former Seven on-air personality. McPherson was the former head of the now killed-off Today Tonight current affairs program (along the east coast, that is. TT is still going in Adelaide and Perth). There is now talk that McPherson will bring back TT to the east coast at 6.30pm in the new year.

McPherson said Morrison was a born leader with a brilliant news sense. “He’s Sydney from his bootstraps to his ginger top,” McPherson said. “He was an outstanding TV type before chasing multimedia glory. He’s taking over from one of the best and I’m extremely confident he’ll flourish at the helm of an extraordinarily talented and dedicated news team.” But if they can’t beat Nine and Peter Overton, what happens then?

To be fair, Seven’s weak 6pm news performance in Sydney was as much about the fading 5.30pm lead-ins and the retirement of veteran newsreader Ian Ross in 2009, which started Seven on the slide in Sydney. He was replaced by Chris Bath as newsreader until last year until her lead over Nine’s Peter Overton evaporated, and Seven management finally accepted she had worn out her welcome with Sydney viewers at 6pm. Bath was removed from 6pm making way for former Nine newsreader and journalist Mark Ferguson, who remains in the chair.

Nine, meanwhile, was unveiling its plans for 2016, with no mention of what will be the biggest news — the change at the top when David Gyngell steps down as CEO. Nine has headhunters out searching for a new boss. His or her name will overshadow the programming changes announced yesterday. Nine is introducing a fourth free-to-air channel — called 9Life — for dedicated lifestyle and reality television content. It is partnering with US cable network Scripps (just as SBS is partnering with Scripps on its 24-hour free-to-air food channel). From November 26, Nine will broadcast in high definition (meaning some of the summer of cricket will have better pictures, ditto the NRL season next year). Digital channel Gem goes back to standard definition. Nine is also chasing Seven in streaming all its channels live from 2016 on a new service called 9Now (Seven’s starts on Melbourne Cup Day next Tuesday). It replaces Jumpin.

The program highlights include the Alan Bond story (who will play Paul Barry?). After a 12-month holiday, Nine returns Australia’s Got Talent with new judges: US fashion commentator Kelly Osbourne, Ian “Dicko” Dickson, Eddie Perfect and Sophie Monk. It will suffer the same fate as it did in 2014 on Nine and before that on Seven, viewer indifference to “reality” programs and faux talent quests. Karl Stefanovic’s The Verdict will return in 2016, which is good news. But the most astonishing decision is the return of former Hey Hey It’s Saturday host Daryl Somers as host of a new game show You’re Back in the Room. In this one, contestants get the opportunity to win cash prizes while being under the power of hypnotism. Hey Hey You’re Hypnotised?

Overton steps up as Nine wields the 6pm axe

Will it involve Daryl being coated in honey then placed atop an anthill?

I hope pluck a duck gets recycled, talk about back to the future. I hope we see fat cat and humphrey bear as well, I have missed them almost as much as darryl.