Last night's Di Gribble Argument was not so much an argument as it was a furious agreement by bunch of people from the same social class. 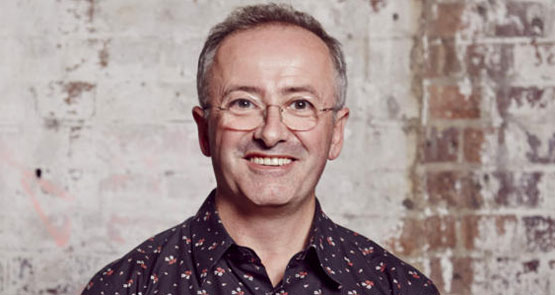 Australian broadcaster Andrew Denton has voiced his support for the idea that the seriously mentally ill should be allowed access to physician-assisted suicide, if their condition involves “incurable and unendurable suffering”. Denton, who has produced a soon-to-be-aired podcast series on the issue, made his commitment to the principle — “yes, I think that seriously mentally ill people have the right to assisted suicide” — at the end of the Di Gribble Argument, an evening held at Melbourne’s Regent Theatre in memory of Gribble, the co-founder of Private Media, Text Publishing and the pioneering Melbourne publisher McPhee Gribble.

Denton’s address, and his forthcoming podcast, are part of his exploration of physician-assisted suicide, prompted by the death of his father, author Kit Denton, who had expressed a desire to die “walking into a swimming pool full of malt whisky”, but who died from heart disease in great and prolonged pain. Speaking movingly of that moment, Denton explained how he had spent most of a year investigating legal assisted suicide and euthanasia in Oregon, Belgium and the Netherlands, and had come to the conclusion that many of the objections, and notion of a “slippery slope” towards involuntary euthanasia, were spurious. However, he also noted his opposition to full euthanasia — i.e. lethal injection by physician — as opposed to a “minimal” model of self-administered medication prescribed by a physician, with further safeguards built in.

Such a minimal model wasn’t going to get much of an argument anywhere, still less among a gathering of Melbourne’s liberalati. Post-speech conversant Sally Warhaft did her best to present a counter-opinion but had to acknowledge she was playing devil’s advocate when she said “Andrew, this is murder”. Since it plainly isn’t, and since, as Denton noted, it is going on ad hoc anyway, there wasn’t much to dispute, and the evening wilted in the middle.

The only gap in Denton’s case occurs around the division between physical illness and mental illness, and the notion of untreatable and unendurable suffering, and here Denton’s account ran into frank contradiction. In Belgium, the doctrine of ending such suffering has been extended to those with long-term mental illness, with doctors granting the right of assisted suicide to a 24-year-old woman who has been hospitalised for depression since the age of 21. Denton dealt with this issue during his address, arguing that such a request should occasion every possible assistance “to keep on living”.

But that, as your correspondent pointed out towards the end of the question time afterwards, was a contradiction, if you believe “mental illness” to be as real as physical illness. Given that many (though not all) psychiatrists would argue that certain conditions — forms of personality disorder and psychosis-type conditions — involve vast, continuous torment with little prospect of improvement, the attempt to thus keep someone living when they no longer want to would appear to be identical to anti-assisted-suicide advocates’ desire to prolong life at all costs in case of physical suffering.

Denton clearly stated that he did support access to physician-assisted suicide for the seriously mentally ill. There was no time to explore the ramifications of that: whether there should be an age limit to such access — should an 18-year-old be permitted access? If not, why not? — or how permission might be managed. Every doctor can agree that certain physical diseases are going to kill, and with great pain; psychiatrists differ wildly on the curability of “mental illness”. An easier “end run” round the “mental illness” issue might be to consider whether the term is useful, or whether it co-opts material physical illness to a set of existential conditions — in which case, it could be excluded from physician-assisted suicide provisions. But the idea that “mental illness” can only be seen as real if it is constructed as identical in character to physical illness is one of those arguments that a crowd of left liberals wouldn’t consider in this day and age.

Thus, something of a missed opportunity, all in all. The absence of a genuine contrary voice — a figure like MercatorNet’s Michael Cook, for example, might have given Denton a run for his money — made it an evening of furious agreement, and one that appeared to fit into the publicity trail for the showing of Denton’s series. Instead of an argument, it became an exercise in demonstrating how a class ideology is manufactured. An item of near-universal agreement among a group (cultural producers, in this case) is presented as debate, and social classes whose members might have deep misgivings — ask indigenous people, for example, how they feel about voluntary assisted suicide and you might not get the answer you were hoping for — are absent.

Di Gribble loved an argument, as numerous questioners last night mentioned — even as they struggled to find a heartfelt one against Denton’s centrist and minimal proposal. But in the decades since she and Hilary McPhee began a publisher for good Australian writing above a shop in Carlton, the arguments to be had have also changed. The values that such enterprises espoused have become mainstream values, the people who espouse them have come to the centre of social and cultural life. To have a real argument — and this event is well worth building — they must now turn their critical attentions to their own most dearly held beliefs, and make them better ideas. Which would be my argument for next year’s argument, if it is to truly honour her memory.

Well, in my opinion, the act of suicide is the act of someone mentally unwell, so no wonder Andrew Denton thinks that Euthanasia should be permitted for mental illness. It’s a catch all.

In Belgium, when it was made legal in 2002 it was supposed to be restricted. Now the health system is killing everyone…young, old, mentally ill, all with the doctor at the centre, making decisions. 2% of total deaths. 30% of the time, it is just the patient making an oral request to the doctor to die. Madness

The health system of Australia is better when the preservation of life is at it’s centre.

Scott you would do well to listen to Denton. What he found astonishing was the \
low level of sanctioned suicide assisted deths in those countries doing such sanctioning, 2 per cent i think he said. More took advantage of gtting hold of thr means, but didn’t use them. It was the choice that mattered.

Although I agree with having to think of mental illness and considering it for Euthanasia, I believe we need to come to terms with Dying with Dignity act first. While other countries have gone on to consider these issue, we are still lacking to agree on Euthanasia in its basic term, which is to help the terminal ill patients and end their suffering.

It’s a pity that the late Stella Young is no longer with us to put the counter-case. I’ve found that the words “Well, Stella Young had interesting things to say about this topic” at least makes people pause for breath during rants about how this issue is about religious-people-denying-them-their-choise.

mental illness opens up a whole new can of worms, the debate about treatment of mental illness and its classification. anyone advocating for assisted suicide or euthanasia as a treatment has to engage in that debate or what they say on the issue is worth nothing.