China and Australia both need reform, but only Turnbull can pull it off

It takes a particular set of circumstances to actually achieve genuine economic reform -- and luckily for Malcolm Turnbull, he has them all. 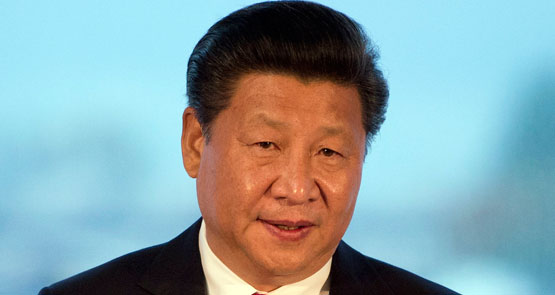 The China-Australia Free Trade Agreement is nearly ready for signing, and the leaders of both countries are talking up radical, overdue programs of reform that will, if successful, restructure both economies and reshape both nations.

In Beijing today, the annual summit (officially a plenum) of China’s ruling Communist Party will wrap up amid ever-growing concerns about the health of the country’s economy. The meeting will issue a communique that is expected to emphasise its commitment to economic reform designed to shift the driver of China’s economy away from growth based on massive government spending on infrastructure. But Beijing, we have a problem.

That’s the same message you delivered two years ago.

The Communist Party has now shown us it can turn the old tap on and off but it can’t quite seem to work the new one. Critics who accuse it of only having one playbook are gaining traction, at last. And it’s not an easy problem to solve — as anyone who has ever lived in the place can tell you, thinking outside the square and quick problem-solving are not really part of the cultural DNA.

For a bit of insight into the tap problem, readers may recall that other driver of China’s “unprecedented” growth (how quickly people forget South Korea) was a once-in-several-lifetimes land-grab that enriched property developers and local government officials.

The landholders are now trapped in fringe-dwelling urban poverty with no access to anything but rudimentary health services and a contaminated and fast-receding water table.

China’s new economic model was supposed to be powered by the wallets of vast new moneyed middle classes, who were expected to behave just like Americans, who spend a huge proportion of their incomes on entertainment and runners made in China — no, sorry, Bangladesh — for $5 and sold to teens and middle-aged men for $200 (another $100 if you want the $10 cross-trainers from Vietnam). But in China, these people, who exist in smaller numbers than expected, keep a lot of money in the bank to pay for medical bills, education and anything their parents need. Somewhere along the glorious road to state capitalism, basic services vanished.

The landowners who were forced to sell the family plot were supposed to be part of this new middle class. It’s just one of many examples of the gaping plot holes in the China reform narrative.

Apart from the millions of people the CCP forgot to invite to the consumption binge, there are two even more fundamental problems with the reforms China keeps claiming will completely free up financial markets, massively expand investment options, recover restrictions on currency movements and so on and so forth — if you need more detail, read Paul Keating’s book; he pretty much invented financial reform.

But Keating and other Western leaders who undertook economic reform had certain fundamentals they took as read. The first is the economic foundations in the West, which eventually spread across most for the rest of the world, with China far and away the big outlier. These foundations were built up, refined, strengthened, refined — press play, repeat. The trust is sealed because if a transaction breaks down, there is a referee: a clean, fair legal system. That, too, is trusted but only because it is constitutionally separated from government. Layered onto that is a range of other independent bodies and regulators to watch the watchers.

China has precisely none of this, and it will not surprise you to hear there is a disturbing trust deficit at all levels of society and most particularly in business transactions.

Executed as promised, reform can deliver political nirvana: the unmatchable confluence of popularity and genuine economic benefits that leave majority of voters better off.

The only ones who can achieve real reform tend to be the politically fortunate who manage to combine their own winning judgement, good management (of both policy and ministers) by the unseen and often derided men and women of the public service and a favourable position in the economic cycle (aka timing).

China is not the only ChAFTA partner looking for reform — Turnbull is going to need all of the above elements. His Reagan-esque “it’s morning in Australia” schtick is refreshing to witness — positive, upbeat commentary from a prime minister who is not going to wreck it all by answering the curly next question with “oh, come on, fair suck of the sauce bottle”.

But Turnbull is going to need to explain, in just a few (thousand) words, that Australia must accelerate its plans to stop being an economy addicted to fossil fuel commodities. And his chances of success look more than solid. The positives range from massive voter goodwill, to a revitalised and significantly more balanced and talented cabinet, and a preparedness to listen and even negotiate with the opposition and crossbenchers.

Since Turnbull slipped his feet under the prime minister’s desk in Canberra, his message of reform, innovation and technology has resonated with such remarkable success with an Australian public that has suddenly realised how thoroughly duped they have been by successive collectives of self-congratulatory empty suits who eventually completely forgot the point of government.

The goal is to let as much of the country run itself as possible by providing efficient services and — here’s the really hard bit — a policy framework designed to prepare people for the constant changes, topped off by leadership.

But with good government now just a vague, calming memory, Turnbull has plenty to do. He has been handed the penalty of potentially dire economic timing, but, played right, this can be used to at least try to instill the quite unAustralian trait  of urgency.

As if by design, the price of iron ore, a good proxy for the strength of China’s economy, ticked below US$50 per tonne for the second time this year. The dead cat has bounced, and this time it won’t move again — but Australia must.

Turnbull at least has a plan, and he is a rare Australian politician who understands the country and how its deep problems can’t be solved by set of Potemkin reforms. The Chinese government’s sudden lurch from brilliant economic managers to clueless market novices as they watch helplessly as the Shanghai sharemarket gyrated like an Istanbul belly dance does not augur well for even an attempt. Turnbull should be preparing to set the alarm.

It may well be morning in Australia — now it’s time to wake up and smell the coffee.

US economy on life support as household spending catches the virus

Well done Michael, countries with no rule of law always come undone in the end. I know that many foreign investors with factories in China are relocating to friendlier and cheaper environments like Vietnam, Cambodia and Myanmar.
The Chinese have been very unfriendly to foreign management in China recently, after all the Chinese know best.
I doubt that many in the Australian government are receiving this advice,Turnbull knows probably less than me about realities in Asia.

Michael – what planet are you living on? Turdball will do NONE of those things you credit him with the ability to do.
To begin with, I wish people like you would realise that this is NOT a new government. The cabinet does NOT have any ‘talented new’ people in it – mostly just the same old faces, with a few young nitwits thrown in for good measure.
And they all, including the Turd, still tell porkies and treat the populace like idiots. All we’ve heard from him so far is endless BS, gigantic spin from the press gallery and no change in policy on the things that matter.
Finally, I’d rather take Keating’s summation of Turnbull, than yours. “…. and he has absolutely NO JUDGEMENT”.
Give the adoration a rest – as I’ve said previously, its now nauseating!!