The Reith Papers contain an account of the "children overboard" scandal. But it's not the same account you will find in the history books ... 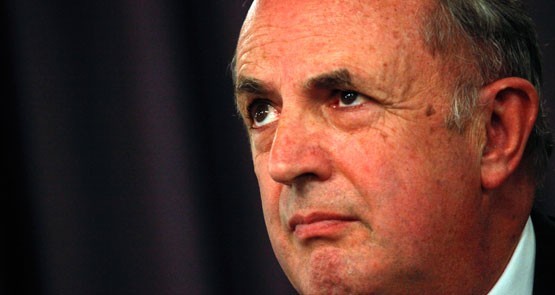 In this era when everyone down to a single-term ACT MLA is getting their own memoir published, strange things are happening. Former defence minister Peter Reith’s new book The Reith Papers is, like, all such tomes, no stylistic masterpiece — although it’s Gatsby itself compared to Christopher Pyne’s recent effort — but the author recounts its mode of composition in a manner that some will find reminiscent of the famous authors’ interviews in the Paris Review (“I only ever use a 2B pencil”).

In Reith’s case, he lovingly details the 120 or so blue notebooks — sometimes, while travelling, red notebooks! — in which his record of the era was entered. This book is a back and forth between a present record of the era and said notes. Despite the flatfooted style, it may well get a guernsey for a few prize nominations.

However, whether that would be in history or fiction remains to be seen. Someone else can wade through the stuff about the 1998 waterfront dispute, but in his record of the “children overboard” affair, practically the last act of his political career, Peter Reith continues to omit and spin on one of the lowest moments of our recent political history.

To recap the evidence that can be stipulated on the matter: On October 7, 2001, the federal government announced that the Royal Australian Navy ship Adelaide had rescued 223 people from the water after their ship began sinking — the result of sabotage by those on board, it was claimed. On October 8, weeks out from a federal election, first Philip Ruddock, then Peter Reith and John Howard claimed that the adults had deliberately thrown their children into the water to force the Adelaide to pick them all up. “I certainly don’t want people of that type in Australia, I really don’t,” Howard added, with a touch of an indignant lower lip tremble, which wowed the base. The government subsequently released pictures of children being held aloft by adults as the boat went down, and children in the water being rescued, and claimed this was evidence of the adults’ perfidy in this matter.

The truth, when it came out years later, and long after the election had been won, was rather different. After the Adelaide encountered the ship, the captain of the Adelaide, conscious of the government’s policy determination that asylum seekers wouldn’t set foot on Australian soil, had towed the ship around for about 24 hours as a way of keeping it afloat (the engine was broken and possibly had been sabotaged). Early in the morning on October 8 the force of that broke the boat up, and it was from that the asylum seekers ended in the water — from which the photos were taken.

On October 10, Reith released the pictures, claiming them to be proof of his version of events. The next day, he was informed that the photos might not have been evidence of children being thrown overboard. He kept this knowledge to himself throughout the entire subsequent election campaign. He had also trumpeted the fact that there was a video of the event. When he was told that the video comprehensively established that people had gone into the water as the ship broke up, he is said to have remarked “well, we better not see the video then”.

Surprise, surprise, you won’t find much of this in The Reith Papers. “There was some discussion in the media about SIEV 4 during the lead-up to the forthcoming election,” he notes with just a dash of litotes, but the fuss over the story was “greatly exaggerated”.

He includes a fax from the navy that notes: “Adelaide personnel assisted a managed evacuation from SIEV which quickly degenerated into an abandon ship situation.”

And then includes this note from his famous blue notebook:

“It was a worrying time. We had the unauthorised boat arrivals [UBAs, or asylum seekers] in tow with RAN on board. The UBAs had thrown overboard themselves, their children, their navigation equipment and they had disabled the steering and the pumps.”

The jump from the fax — which has no mention of children being thrown overboard — to the note isn’t explained, or the provenance of the latter information.

The navy and government had already had a confrontation over the matter in the first 24 hours of the rescue, with Admiral Chris Barrie telling PMC head Max Moore-Wilton that no further interference in operational matters would be tolerated. This is unrecorded, and unremarked upon in retrospect in Reith’s book. It makes clear that the navy brass knew, from the Adelaide, that the ship had broken up, and that they had communicated this to the government within 48 hours of the October 6 sinking.

“We had put it to bed until about 9 pm, when [media adviser] Hendy rang to say that defence is not sure if the photos are right. They might be from the next day when the boat sank. They say the 14 jumping/thrown overboard was in the dark. The report says it all happened about 9 am AEST — i.e., 6 am around Christmas Island. Basically defence can’t prove the photos either way. The incident did happen, children were thrown overboard.”

He then adds, contemporaneously:

“As far as I was concerned, this report calling what Barrie had said into question was not good enough. I relied on Barrie for the information he gave me and I had no reason to doubt what he said.” (italics mine)

Really, ex-minister? The parliamentary inquiry’s timeline on the matter records that on October 10, the Adelaide’s commander told superiors that no children had been thrown overboard, and it was confirmed that video of the incident showed nothing of that sort either. The navy confirmed to Reith’s senior military adviser, Mike Scrafton, that the video did not show children being thrown overboard.

On October 11, the day after Reith “officially” released the photos to the media, Barrie contacted him to let him know that the photos that had been labelled as a record of October 7 events, i.e. alleged throwing of children overboard, were in fact of October 8, when the boat was breaking up. By the end of the day, Barrie had been briefed by his officers that there was no evidence of children being thrown overboard.

Barrie, despite supplying Reith with ample information that no such incident occurred, continued to assure him that evidence would turn up. But by then Reith, as responsible minister, and his office had ample evidence that the incident could not be established as true.

None of that appears in his Proustian rush-job of a memoir (apart from mention of the photo misattribution). Nor did it appear in the subsequent election campaign. Reith’s 11 October entry reads:

But, of course, we didn’t. Because the video didn’t back the case. On October 31 it was confirmed to Reith that the video didn’t show children being thrown overboard. According to the parliamentary inquiry’s timeline, Reith’s comment to Brigadier Silverstone, who had informed him of this, was: “well, we better not see the video then” — another vignette that doesn’t get a mention in the book.

Reith was on the way out by now — he wasn’t standing for re-election. So his book doesn’t record the final bit of the saga: John Howard’s November 8 National Press Club speech, in which he used an Office of National Assessments report from October 9 to buttress claims for the children overboard affair. But the ONA report had been written after statements made by Ruddock, Reith and Howard, and based on them. It was a loop effect — and PM&C had been informed of that fact the day before the Press Club speech.

Three years ago, when Reith’s glittering post-political career took him to appearing in a reality TV show on refugees, Virginia Trioli noted in the SMH that he was still trying to spin this event, one of the lowest points in the history of trust in government, and government-military relations. He still is, he will forever, the wandering chancer, forever adrift, this albatross around his neck. 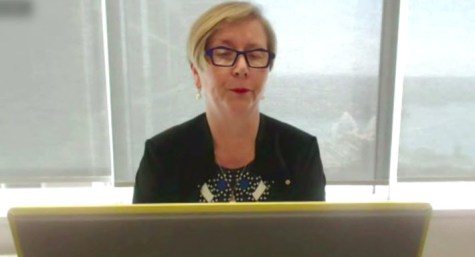 Peter Reith may be the answer, but what’s the question?

This disgraceful event was the catalyst for my permanent loss of respect for Howard & his Liberal colleagues of the day.

Each time I saw Howard & co invoking the Anzac spirit of mateship & supporting ‘Australian fair go values’ after this sad event, it made me want to puke.

Howard’s close personal relationship with & support for the war criminals Bush & Blair in the Iraq & Afghanistan debacles, has caste him forever as a fellow war criminal.

The Labor Party didn’t exactly cover itself in glory in these incidents either.

Guy, I guess you’ve missed the delightful irony of YOU telling others about someone else’s ‘analysis’ containing claims which are “greatly exaggerated”?

What an unconscionable, what a complete, arrgghhhh!

Was this the same man who had his son rack up $50K or so in charges on a government issued Telstra charge card, or the like, against all entitlements, and had to repay it, and for some reason was neither charged nor even investigated by the AFP?

My memory fails me, someone will remember.

It is hard to think of another expollie with so many black marks against him and yet, for unknown reasons, he is paid to pontificate, prevaricate & piss off anyone with a sense of decency.

Reith is such a complete, absolute tool Bunnings Warehouse should put him on the front cover of their next giveaway catalogue.

Bruce Robinson’s recent THEY ALL LOVE JACK chronicles for several hundred pages the lies and obfuscations of the police and political elites in England as they attempted to spin away a killer who was evidently from the same Freemason gentlemen’s clubs as them. Reith reminds me of their ilk, and I suspect would be equally untroubled by a few excess deaths here and there.