Why are Indonesian police censoring a writers’ festival?

Organisers of a Balinese literary event had to cancel certain program items after a fortnight of pressure from local government and police. 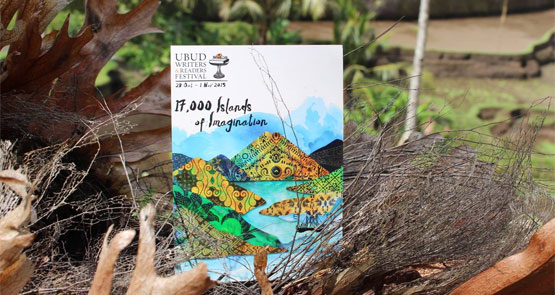 The Ubud Writers and Readers Festival was this week set to hold a series of talks, book launches and photo exhibitions to mark the 50th anniversary of the anti-communist purge that killed more than half a million Indonesians in 1965-66.

But on Friday, organisers of the Balinese literary event cancelled these program items after a fortnight of pressure from local government and police.

A statement posted to the festival’s website says its operating licence, issued by the national police, could have been revoked if it didn’t heed the requests of the authorities.

“After much consideration and discussion, with deep regret the Festival has decided that it cannot jeopardise the entirety of the event at this late stage,” the statement read.

The festival, which this year focuses on the themes of peace and reconciliation, also called off the launch of several other novels that include peripheral mentions of the massacre. A screening of Joshua Oppenheimer documentary The Look of Silence had already been canned.

“They’re really digging into the program to look hard at anything that might be touching on 1965,” said Jemma Purdey, a board member of event sponsor The Herb Feith Foundation and co-editor of a book series that was to be launched.

In 1965, then-Indonesian president Sukarno relied on support from both the military and the Indonesian Communist Party (PKI) to maintain power, despite the two being hostilely opposed to one another.

On September 30 that year, a faction of the Indonesian military assassinated six army generals in what it claimed was an effort to prevent a coup against the president.

The uprising was quickly extinguished, and although the PKI claimed they had nothing to do with it, the army disagreed, saying it was a communist plot to snatch power.

The response was brutal. In the months that followed, the army slaughtered more than 500,000 Indonesian communists and communist sympathisers, including scores of ethnic Chinese. Sukarno was forced to delegate authority to the army, with its chief, Suharto, soon to seize the presidency.

A parliamentary decree in 1966 banned the PKI and the spread of communist and Marxist ideologies. Artists suspected of dissent were imprisoned, including Indonesia’s most celebrated writer, Pramoedya Ananta Toer. Discussion of the massacre was suppressed until Suharto’s resignation 32 years later, but the decree remains in place until today.

But why cancel the festival?

Purdey says the foundation remains “in the dark” about the exact reasons for the drastic action but has heard reports claiming the events would have breached Indonesia’s anti-communism laws.

“That’s completely wrong, of course. The content of our panels included nothing about the ideology,” Purdey said.

Instead, she says the foundation’s events were to focus on the impact of 1965 on the lives of victims and their families.

But festival spokesperson Wayan Juniartha says Gianyar district police and government had other concerns, too.

“During our conversation with the local officials, the main concern was about how these panels might open old wounds or elicit unwelcome response from certain groups in society,” he said.

He said previous screenings of Oppenheimer’s film about the killings had been met with “huge opposition” from anti-communist groups.

But the books Purdey’s foundation were to launch are already in circulation in Indonesia. She and co-editor Katharine McGregor were instead set to unveil English translations of the texts in Ubud.

She says it is reasonable to think the English language versions might have worried Indonesian authorities about the purges receiving more international attention.

Juniartha says he hasn’t heard anything to corroborate these suspicions.

What’s the effect of banning the event?

She says while the censorship has emboldened activists, who will continue to fight for the victims, the survivors and their families might not be so resilient.

“Maybe there’ll be quiet from now,” she said.

But she also sees recent events as an opportunity.

She says more people involved in the Ubud festival will now speak about 1965 at their events, and the international attention could discourage more censorship in the future.

“That’s the funny thing about [censorship], isn’t it?” Juniartha said.

Most people are unaware of this terrible period in Indonesian politics. It was probably encouraged by the CIA and Australia would have been complicit. The crook Irian Jaya referendum deal was about the same time, Kissinger became a board member of Freeport and I think still is.
Hence my stoush with Latham over his support for Indonesian annexation of East Timor, the man is a fool with no knowledge of our complicity in the crimes of the Indonesian military.
My dad was in Surabaya after the war with the British Army Intelligence so I have much knowledge of recent history up there.

There is not probably about the U.S. – through the CIA and other channels – encouraged the Suharto coup and celebrated subsequent massacres. Human rights groups are demanding the U.S. release of all U.S. documents from that time and formally acknowledge its role in the crime. Folks can sign this petition: http://chn.ge/1v50Edj

One small correction: Kissinger became a Freeport board member in the 1990s and last I looked is no longer on the board.