Kenny: we need more journos on Nauru, but keep Bacon out

Chris Kenny has spoken about his recent visit to Nauru, saying more journos -- but the right sort -- should be allowed to visit the island. 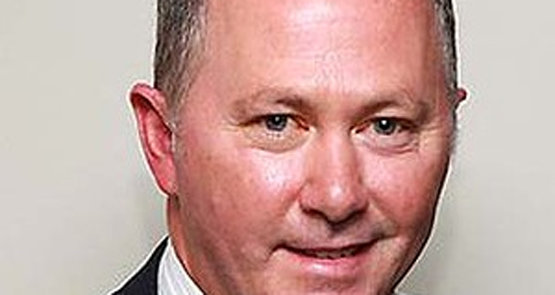 Australian columnist and former Liberal adviser Chris Kenny says the Nauruan government should allow Australian journalists to enter the country more easily — but only certain journalists, or what he calls “straightforward, objective reporters”.

Speaking to community radio station 2SER’s Fourth Estate program last night in a recorded interview, the Oz associate editor, who recently became the first Australian journalist to be granted a visa to Nauru in 18 months, dismissed claims that “Abyan”, a 23-year-old asylum seeker who says she was raped on Nauru, had been reluctant to speak to him. The claims, made by refugee advocate Pamela Curr, were covered in Crikey last week. Kenny has fiercely disputed Curr’s depiction of events, and has sent her a legal letter, according to Media Watch.

“You say [Abyan’s] complained,” Kenny said to Fourth Estate host Jack Fisher. “We know she went to the hospital that afternoon [after Kenny’s first interview with her].” But Kenny said Abyan had grown less distressed after speaking to him.

“My supposition, and I’ve no evidence for this, is she would have been advised by her political advisers to go and make a song and dance about this to the medical centre. She didn’t stay there long, she was home. I saw her the next day at home.

“She’s in a difficult position … No one forced her to speak to me. She asked to speak to me. [Questions] that she didn’t want to answer she chose not to answer. I’m very comfortable with what I did. I think I did her a great service, getting her views out to the public unfiltered by refugee advocates … exactly what she says and what she wants. And that’s what’s quite important here.”

Fisher questioned Kenny on why he had asked Abyan about the circumstances of her rape — a line of questioning others have said was insensitive given the situation.

“I’ve just explained to you … very important that she’s given the chance to give us her version of events, her views … She said she was raped … When I asked for more details, she said no, she didn’t want to say anything more about that. It’s her prerogative, but very important question.”

Her lawyer, Fisher began to say, had given some details about her case, but Kenny interrupted to say:

“I think I have a better idea of that having met her, and having been invited into her home and sat down with her. She’s very distressed, she’s very confused. She’s getting a lot of phone calls from Australia. A lot of advice. What she needs to do is counsel with medicos … to work out what she needs to do from a medical point of view, free from the meddling of various Australian advocates and lawyers.”

Kenny repeated his argument, made in The Australian yesterday, that Nauru should allow more Australia journalists into the country, though he said he understood the government’s reticence.

“I don’t know why I was allowed in. It’s supposition on my part. But what was very clear, and I got this speaking to Nauruan politicians from president down, they were very wounded by the coverage …. As a country, as a society and as a people. And I understand why the Nauruans are so sensitive, but I think there’s other ways to manage that.”

He singled out the ABC as being the purveyor of particularly poor coverage of offshore detention, referring to claims aired on the ABC that the Australian navy had “tortured” asylum seekers.

“I think some of their reporting has been appalling,” he said, criticising in particular ABC reports about asylum seekers who say they’ve been raped on Nauru. He said those reporters had been presented with “no suggestion of scepticism, no contrary view”, despite the Nauruan police having investigated some of the claims and found them baseless. The ABC was unable to comment by Crikey’s deadline.

While saying the Nauruan government should be more transparent and would probably eventually have to allow the ABC to report on Nauru, Kenny was also dismissive of attempts by other reporters to get into the country.

Recently, freelance Australian journalist Wendy Bacon crowdfunded $20,000** to pay the visa costs to get to Nauru (the $8000 free is non-refundable should her application be denied by the Nauruan government — outlets like the ABC, The Guardian and Al Jazeera say their applications have been denied). Asked about this, Kenny said:

“If I was Nauru, I would be doing everything I could to get reputable, straightforward, objective reporters … not the likes of Wendy Bacon and those types, who’d be there on some sort of mischievous campaign. You want people there to do some straight reporting.”

Kenny is a former media adviser to Liberal politicians Alexander Downer, Malcolm Turnbull and John Olsen. He stood for Liberal preselection in the seat of Unley in 2006 and in opinion pieces has been a supporter of offshore detention for asylum seekers.

Bacon, a Walkley-winning freelance investigative journalist and former academic who has written articles highly critical of offshore detention, is still seeking entry to Nauru. She told Crikey this morning that while her requests for forms to apply for a visa had been denied, she’d recently gotten her hands on the forms from another source, and would be filling them out and submitting them in the hopes of being granted a visa. On Kenny’s criticisms of her, she said: “I have confidence in my reporting, and I’m not particularly interested in his view of it.”

“I don’t have respect for Chris Kenny’s approach to reporting on people who are in a situation which they can’t leave, some of whom have been abused, and nearly all of whom are refugees.”

** Clarification: the money to send Bacon to Nauru was actually crowdfunded by the group Australian Women in Support of Women on Nauru and covers flights, visas and accommodation for both Wendy Bacon and Professor Carmen Lawrence.

‘… not the likes of Wendy Bacon and those types, who’d be there on some sort of mischievous campaign.’

Quite right. Only journos who are prepared to contrive high spin PR pieces should be permitted visas.

Chris the newshound could get a walkys for this brave reporting..

Well, I certainly would not wish his intervention to be considered mischievous – I want it to be seen for what it is, the most appalling piece of anti-journalism, if that once vital profession still harks of the principle, Speak Truth to Power”.
Not to be its slithering wormtounge/

Why bother sending journos at all? Why not just follow the methodology of certain British journos and place a tap on her phone.

Chris Kenny is a credit to his profession,if only he had the courage of his convictions to refuse to appear on that awful ABC show, Insiders.