Welcome to the New Bullshit. 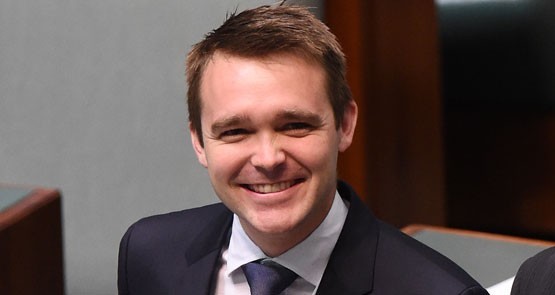 Back in 2003, the author and political speechwriter Don Watson released a book so very well-regarded, not even Paul Keating had a rotten thing to say. The work Death Sentence: The Decay of Public Language did not so much champion Plain English as it wept for the murder of words by business administrators. The language of management, he wrote, had also become the language of everyday speech, and everyone, from footballers to pop stars, was “moving forward” and “resolving issues” and permitting the slow suicide of meaning through an overuse of passive voice.

It’s a fun book whose gags are beloved by pedants but whose central argument remains overlooked by many speakers who continue to bang on in management-ese. The worst of Harvard’s textbooks still fuel the worst public and even private communications, and many of us are inclined to “comply”, “implement” and “solutionise”. Once we begin to recognise it, the wilfully vague language of bureaucrats is funny when we hear it, for example, from local councils where “bin night” is an “allocated waste management date” and our bin is no longer a bin but an “environmental stakeholder”. This funny language, however, becomes distressing when we read it as used by the UN whose new Strategic Development Goals (SDGs) “ensure availability”, “promote access” and “empower”.

Surely, the route to the eradication of poverty cannot be sped, sorry, “enhanced” by the mild language of liberal bureaucrats. But this, as Watson says, is kind of the point. The more meaningless your goals and the fuzzier your “key performance indicators”, the more likely you are to meet them. The SDGs are even more imprecise than their preceding Millennium Development Goals. Just why the UN feels the need to address the world’s starving, brutalised and stateless as though they are employees in the lunchroom at Target is kind of a mystery. Even if the SDGs fail to “enhance”, “empower” and “include” the disenfranchised, the UN gets to fudge its “desired outcomes” in any case. The monopoly provider for data on global poverty, The World Bank, changes its measure of poverty — or should that be “regrettable under-provision of empowering calories to key intestinal stakeholders”? — so frequently, that poverty will soon disappear from official spreadsheets. Not actually, of course, from billions of lives.

If Watson retains his interest or anger in the matter of diminished meaning, he would, I believe, do well to update Death Sentence. A decade ago, he was right to locate Harvard as the origin of spoken bullshit. Now, the bullshit has moved west and grows from Silicon Valley.

The dull, enduring language of local councils, and of the UN, has lost much of its power to pacify us now that many of us “stakeholders” see it as the crap that it is. At the point that we became bored by board meeting-speak, the apparently adrenalised language of tech business began to take its place.

TechCrunch is the rubbish tip of meaning and nowhere can we smell the garbage more strongly than on the breath of Wyatt Roy. Earlier this month, the New Bullshit linguist hosted a “Hackathon” to “accelerate” the “innovation ecosystem” for whose growth he is, apparently, responsible. From what we can glean from reports, a “Hackathon” is another term for “hasty policy discussion”, although Roy himself says that it’s a “disruption” of tradition.

Of course, entrepreneurial types ate up this Cupertino rot with a spoon and spewed it back as though Roy’s unchecked individualism was not, as it is, just the worst of John Locke on Red Bull but a new and democratic place for “human crucibles of creativity”.

WTF, as they might ask in the Googleplex. Racing around in a retro Atari T-shirt and looking cheeky and young does not turn neoliberalism, a poison school of thought now well into midlife, into teen freedom. Roy can say, and can perhaps even believe, that the transformation of Super into venture capital is not, in fact, theft but a glorious moment of “unlocking”. He can call the protection of concentrated private wealth accumulation a “hack” and those high on the fizz of energy drinks can believe, as they will, that this is not just Ayn Rand tarted up in an Apple Watch. But, at some point or another, the language of “innovation” will be identified by some Millennials as a reeking veil over the same meaning Boomers had sold to them as “key performance indicators”.

This crap is just capital in new duds.

Last week at Senate estimates, Penny Wong gave voice, in my view, to an entirely justified impatience with the New Bullshit. Julie Bishop, who has been very successful in charming youth outlets like BuzzFeed with her use of emoji, was asked by Wong to explain why she had publicly depicted Russian President Vladimir Putin as a red-faced character. This is not an unreasonable question to ask of a Foreign Minister who is urging her nation to join Russian forces in bombing the shit out of Syria and reminding us all of the pressures of realpolitik. However, young users of social media did not concur. Bishop was celebrated and just about anything that the truly labourist politicians of the Labor Party do to remind their young constituents that a “sharing economy” is not, by definition, an equal economy is barely heard.

Following the Royal Commission into Trade Union Governance and Corruption, organisations who have long sought to protect the hard-won rights of workers are seen by younger people as “mainstream” or “traditional” and giddy young twits like Roy are the “hacked” future. Bishop expresses her policy in the wink of an emoji and the little idiots eat it up with a spoon as they speed away to an “accelerated” future in an uber. You can call the ancient bullshit of Smith, Locke and Ricardo a “hack” until you’re blue (or red) in the face. This doesn’t make the ideology of personal striving any newer than it was in the 17th century when young men like Locke championed inequality, albeit without the coy language of business or the forceful language of the “hack”.

This is a time for Don Watson, or one of his kids, to crack open the language of “sharing” and of “open source” and innovation and show us the broken lie inside. But, what would I know, right? I’m just an “old media” “gatekeeper” who seeks in vain to delay a “hackable” future whose key, apparently, is deregulation and the continued trade of labour rights and social assets for a voucher at Airbnb.

Hey Watson, first rule of speechwriting: the words aren’t yours

That other former Labor leader…

It would have been hilarious if Roy had hosted an actual hackathon – Snowden would have several new housemates before the end of the week.

All power to you on this rampage Helen.

It won’t be too long now until the word ‘innovation’ has lost all meaning, as has happened to the word ‘strategic’.

Anything you can do to keep me apprised of developments, vis a vis the strategic interface between the establishocracy and the developmental innovation-space centric paradigm would be muchly appreciated.

Don’t forget to unlock and rock your AGILE. But remember to keep it Lean.