Mike Baird is the most popular premier in Australia -- but will the bloom be off the rose when he forces councils to amalgamate? 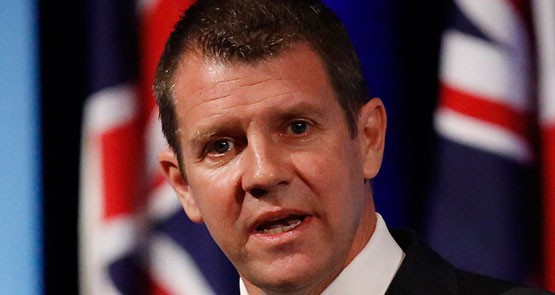 NSW Premier Mike Baird’s status as the nation’s most popular politician will be put to the test by his decision to scrap half of the state’s 152 local councils.

Although opinion polls show that local government is the most reviled tier of government across Australia, electors erupt angrily if their municipality is shut down or merged.

Both Jeff Kennett in Victoria and Anna Bligh in Queensland learned that the hard way, but Baird believes his popularity will survive any voter backlash in NSW. The gamble is creating anxiety among Liberal backbenchers in seats where mergers will create new “super” councils.

Councils have been given 30 days to respond to proposals suggested by the government-appointed Independent Pricing and Regulatory Tribunal (IPART), headed by Dr Peter Boxall, a leading economic rationalist, former Canberra mandarin and chief of staff to ex-federal treasurer Peter Costello.

Baird has a handpicked implementation team within the NSW Premier’s Department focused on delivering a leaner local government. They provide almost daily reports on the rollout of Baird’s Fit for the Future local government strategy and their military-style timetable is reported to weekly meetings of cabinet.

The main target of the re-organisation is mayor Clover Moore’s Sydney Council, which has an operating revenue of half a billion dollars a year, and a working, student and visitor population of 1.2 million per day.

One-third of all the submissions received by IPART came from City of Sydney stakeholders, and all but eight of them opposed any merger with the neighbouring councils of Woollahra, Waverley, Randwick or Botany to form a “global city”.

Moore, the city’s highest-profile independent, is challenging the IPART finding and declared her intention to maintain a standalone council.

The NSW Coalition has already altered the City of Sydney Act to give two votes to all businesses within the council’s existing boundaries for the next election in 2016.

Crikey has been told that the cabinet implementation team is considering a plan B, which involves amending the current act to sack the council dominated by Clover Moore’s team and appoint an interim team of “global city” commissioners. They would be replaced by elected councillors, but only after a merger with neighbouring town halls was secured.

Meanwhile, Waverley and Randwick councils have begun preliminary merger talks, while Woollahra and Botany have raised their own “standalone” banners.

Councillor Geoff Rundle is leading the “No Amalgamation” campaign on Woollahra Municipal Council, where Prime Minister Malcolm Turnbull lives in his Wentworth constituency.

“It is alarming that a forced amalgamation of Woollahra with neighbouring Waverley, Randwick and Botany would result in Woollahra Council land being sold off,” Rundle said. “It is well known that some councils are cash strapped, and may look at Woollahra as a ‘cash cow’.

“Woollahra needs to be protected and preserved and not hurled into a mixing pot with unsuitable neighbouring councils.”

Of greater concern to some of the current 15 Woollahra councillors is that the creation of a “mega” council stretching from South Head to Botany Bay could result in their numbers being cut to just three. To soothe merger plans, councillors’ annual remuneration may jump from about $18,000 a year to around $50,000.

Official figures show that Woollahra is one of the most densely populated areas in the nation and is at the centre of Sydney’s real estate “bubble”, with the median house price reaching $2.75 million in May.

Further up the North Shore, another batch of senior Liberals are feeling the heat from angry ratepayers with stiff opposition emerging against plans to rearrange the council boundaries of Hornsby, Ryde and Ku-ring-gai.

The breathtaking plan to amalgamate the councils of Manly, Warringah and Pittwater — containing the federal and state constituencies of Tony Abbott, Bronwyn Bishop, Baird and NSW cabinet ministers Brad Hazzard and Rob Stokes — is causing serious friction between the party’s hard right and the “wets”, as well as inflaming the notorious parochialism of northern beach dwellers.

Having carefully built an electoral base in western Sydney, the Liberal Party is in danger of losing its voter advantage by imposing “super” councils in three outer Sydney sectors — the north-west, the west and south-west.

While most new immigrant voters don’t know what all the fuss is about, traditional ratepayers from Penrith, Parramatta, Mount Druitt, Auburn, Liverpool and Fairfield are opposed to amalgamation because it means the death of local community representation.

Baird last week proposed a “sweetener” in the form of a $25 million Stronger Communities Fund to be given to every council that signs up to the Fit for the Future plan.

It was the first sign of Liberal jitters over the insensitive policies of the implementation team whose members are well-paid bureaucrats, not required to stand for election.

Will Baird’s new bribe be enough to keep his halo in place during next year’s opinion polls? 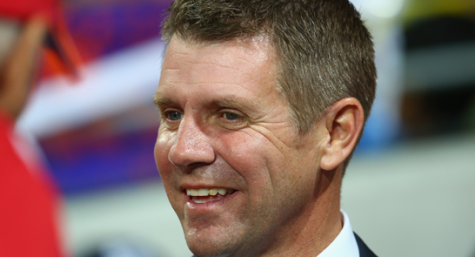 Baird merges NSW councils under the festive cover of Christmas

I don’t gave a problem with amalgamtions. If tiny LGAs a few kilometres across are such a great idea why weren’t the outer, semi-rural shires broken up as Sydney sprawled? Because it wouldn’t make sense. Eight or ten councils across Sydney are more than enough, we don’t need 40-odd. These micro Governments are, in my opinion, too small to make sensible decisions about issues such as land use, development and traffic planning. They are too much captive to Nimby agitators.

Of course everyone wants to live in a quiet cul de sac 5km from the CBD, while also being able drive quickly across everone else’s patch when they need to. It doesn’t work.

You raise important points, Steve777, but it’s not in the interest of Crikey or any other capitalist media enterprise to analyse these issues objectively.

It’s a tough ask, amalgamations. The background is the sense that while there may be a case to be made, as Steve has above, I’m not sure all the amalgamations have the same cost/benefit analysis.

Considering the upheaval involved, you’d have to be sure of savings, but they may, like most corporate mergers, be illusory.

I live in eastern suburbs, and a case can be made, but perhaps botany, a highly industrialised area, should be on its own, with the other being similar in residential amenity, and probably more of the same same.

But bigger is not always better.

Make the case Mike, as you did with infrastructure and selling the electricity assets.

People have higher standards for Local Government, and can take it for granted, but when others much about with it, they just won’t tolerate it. It’s a bit like family.