Fresh in our memories, redux. Just when you thought all potential corporate misappropriations of the Anzacs were done and dusted last year, there is a new contender: perfume. Honest History reported last week that a Swedish fragrance company, Byredo, has released a new perfume known as Rose of No Man’s Land, to mark the centenary of World War I. According to the company’s website, the US$220 bottle of perfume is said to be a “tribute to the nurses who saved thousands of lives on the front lines” of WWI.

“Their story is one of selflessness and compassion. The perfume is like a soothing balm: sophisticated elegance envelops the skin, and strengthens the backbone.”

BBC recently visited a number of No Man’s Lands, and found that in one such location in Verdun, France, a location of many horrific battles in World War I was still, 100 years later, deemed too dangerous for people to return to live, filled with unexploded ordnance, arsenic, chlorine and phosgene. Not the most appealing smell for a hip new fragrance. 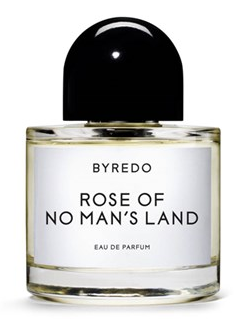 Why can’t you see what you’re doing to me? While questions remain unanswered in Senate estimates hearings last week on who may or may not have been dancing on a marble, or granite, table when is smashed in the cabinet ante room on the night Tony Abbott lost the leadership of the Liberal Party, one question has been answered about that fateful night. On the popular political podcast The Silent Majority on the weekend, hosts Triple J’s Alice Workman and the Walkley Award-nominated Herald Sun journalist Rob Harris revealed that the song believed to be playing at the time the table met its fate was the rather telling Elvis song Suspicious Mind. Harris noted on the podcast that Abbott is a fan of Elvis, but the song choice does say a lot about the mood of the room that night for the party — sorry, not actually a party, according to Cory Bernardi.

Workman and Harris also made their first appearance on Insiders over the weekend, in the Talking Pictures segment with Mike Bowers.

Carb loading. The Church of the Flying Spaghetti Monster is one of the world’s earliest and most enduring religious memes. It originated as an argument against teaching “intelligent” design in science classes in the United States in 2005, with the suggestion that if the idea that some vague god was behind the creation of the universe, the god could easily be a flying spaghetti monster.

Since then there have been endless memes, books, merchandise, holidays and organisations devoted to the worship of the Flying Spaghetti Monster, including in Australia. The organisation, based in South Australia, has claimed over the weekend that it had its application for incorporation as a not-for-profit organisation rejected by the South Australian Commissioner for Corporate Affairs, on the ground that the Church of the Flying Spaghetti Monster was “not formed for a religious purpose”.

The “spokespirate” for the Australian Pastafarian Lobby, Cap’n Cannonballs Pasta, argued that the commissioner could not be prove whether someone’s faith was genuine or not. The lobby group has asked people who believe “in a giant floating pasta-based lifeform” to sign statutory declarations to use in the appeal. In the release Pasta said:

“It’s high time that Australian Pastafarians stood up for their right to have their religion recognised the same as them other, non-pasta-based religions.”

A spokesperson for the commissioner confirmed that the application had been rejected.

“Their application for incorporation as a not-for-profit organisation was refused on the grounds that the Commissioner for Corporate Affairs was not of the view that the group was formed for a religious purpose,” the spokesperson told Crikey.

Inviting a Gonski. David Gonski was invited to Prime Minister Malcolm Turnbull’s birthday drinks on the weekend, but did the businessman buttonhole his host in a bid to secure more funding for his landmark education reforms?

Turnbull has been silent on Gonski funding since he took the prime ministership, with no agreement yet in place between the federal and state governments to finance the plan beyond 2016. But Gonski has had plenty of chances recently to bend his mate’s ear. Sharri Markson reports in today’s The Australian Gonski also attended the Turnbull residence last week for a dinner with German minister of state in the federal foreign office Maria Bohmer.

The Australian Education Union has declared October 26 to November 1 Gonski Week and says the extra two years’ funding means more support for students with low literacy, disabilities and learning difficulties. They’ll be hoping Gonski won over the PM between canapes.

All’s fair in love and rugby. The Wallabies won their way to their first World Cup final since 2003 last night, and while their defeat of Argentina didn’t surprise most pundits, the amiable response on social media from rugby fans worldwide might surprise many. 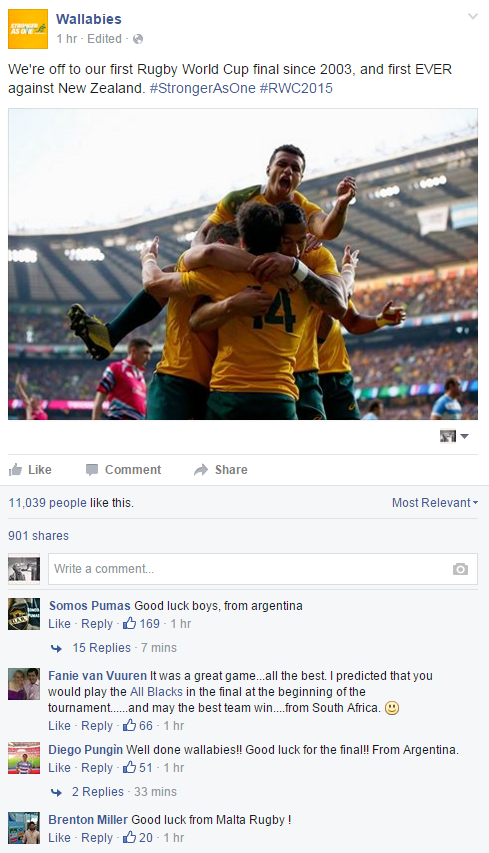 Those following the event on Facebook opted not for vitriolic trolling, but gracious sportsmanship, congratulating the Australian team, commiserating with the losers, and sharing their hopes for a competitive final next Sunday morning when the Wallabies will take on New Zealand’s All Blacks.

Our prediction? Crikey reckons the Australians will fleece their trans-Tasman rivals to ram home a victory that will leave the Kiwis feeling sheepish.

Tips and rumours: Gonski to the gallery?

I do believe – that the Commissioner for Corporate Affairs would do well to take to heart, Verse three of

“The Random Number of Not Commandments, Suggestions:”

3. Judge not, for verily it be not thine job neither most likely to be thine business.

In other news, the SA Commissioner for Corporate Affairs is perfectly happy with these shiny examples.

It would seem we have an arbiter on who’s imaginary friend in the sky is worthy of a tax deduction.

Pasta ? No. Sorry. You can’t have a proper imaginary friend made from PASTA ! That’s SILLY!

I predict the opposite.

As ever, when it comes to Tips and Rumours, Crikey works assiduously to warrant the title of Irrelevant Trivia capital of the capitalist media world.

If that is not an example of a functionary having a religious bias then thank dog I anti-theist but not dyslexic.