Who will stay and who will go on Ten's board? 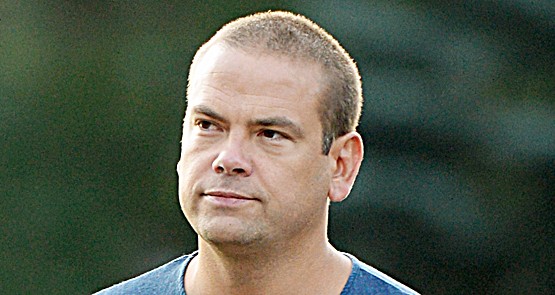 In a flurry of nine ASX announcements, we also got the 2015 annual report and a separate 19-page corporate governance statement, which will soon be largely redundant with the upcoming mass exodus of independent directors.

It was revealed on page 20 of the annual report that Murdoch man and former Ten executive chairman Hamish McLennan’s total pay last year was valued at a whopping $8 million. This was even more startling given the latest $251 million write-down of Ten’s television licences.

Ten suffered an operating cash-flow loss of $55 million last year and, as of September 30, it had drawn down $135 million of the $200 million Commonwealth Bank loan, which is guaranteed by billionaires James Packer, Lachlan Murdoch and Bruce Gordon, who have so far pocketed $11.2 million in guarantee fees.

The latest $154 million emergency capital raising at the bargain-basement price of 15 cents will pay down this debt and leave Ten with net cash of $14 million.

However, the dilution for long-term shareholders is devastating, and total losses are now well over $1 billion since Lachlan Murdoch, supported by his close mate James Packer, seized control of the network in 2010 and did enormous damage by closing its dedicated sports channel and failing to secure either the AFL or NRL rights.

To understand the dilution from multiple discounted capital raisings, it is worth remembering that Ten only had 925 million ordinary shares on issue in 2007 when its stock was trading above $2.50.

Now Foxtel is about to issue up to 513.3 million shares at 15 cents a pop and will get itself fully inside Ten’s reduced board of just six directors, which could potentially give “Team Murdoch” disproportionate power.

Board and management control is a vital consideration in Australia’s highly concentrated and powerful media sector.

For instance, when the Rudd government was establishing the NBN board it was felt there had to be separate directors friendly to the Packer and Murdoch families, and long-time Lachlan Murdoch executive Siobhan McKenna finished up as chair.

Ten’s June 15 announcement did not say which of the existing eight directors would depart, and we are no clearer to understanding that today.

Based on the previous election cycles, it will be the two Murdoch nominees — Lachlan’s nominee Siobhan McKenna and whoever Foxtel nominates — who will be up for election at the December 16 AGM in Sydney.

At the 2014 Ten AGM veteran director Jack Cowin and Gina Rinehart’s nominee John Klepec were elected with protest votes of 11.4% and 3.6% respectively. Cowin, who has sat on the Ten board since 1998 and is conflicted through his position on the Fairfax board, is expected to go but promised investors at last year’s AGM he would protect minority shareholders. He is believed to be holding out for a fair power-sharing outcome.

In 2013 it was four independent directors — Dean Hawkins, David Gordon, Christine Holgate and Paul Gleeson — who were all re-elected with more than 99% support courtesy of the four billionaires. David Gordon is the new independent chair, but only one other independent will survive under the deal struck with the Packer-Murdoch-Rinehart camp to secure their support for the latest 7-for-37 accelerated entitlement offer at 15 cents, which was launched today.

There were no problems either for McKenna and Brian Long in 2012 when they each received more than 98% in favour. Both of their three-year terms are due to expire in two months.

Given that Malcolm Turnbull was the investment banker who sold Ten on behalf of Westpac in 1992 and he booted McKenna from the board of NBN Co in 2013, it will be interesting to see how new Treasurer Scott Morrison uses his Foreign Investment Review Board powers in relation to approving the Foxtel-Ten deal.

Lachlan Murdoch is one of the few directors ever to be booted from a public company board over media control issues when he quit Prime Media in 2010 after an adverse finding from ACMA.

Given that Ten will soon have five cornerstone shareholders collectively controlling about 55% of the company, it seems unfair on the minorities that they will own 45% of Ten but only be represented by two independent directors on the six-person board. The Murdochs will control just 23% but will also have two directors if Siobhan McKenna survives.

Foxtel is guaranteed a spot and Gina’s man John Klepec is not up for election this year, but will Bruce Gordon, who now owns 14.9% of rival Nine, get a nominee back inside the board room and what about James Packer who, like Lachlan Murdoch, owns 8.5%?

For mine, Siobhan McKenna should be given the boot because her ongoing presence would represent too much power for the Murdoch family, and her performance when she and Lachlan had management control of Ten in 2011 was just woeful.

Fingers crossed Turnbull will prevail on Morrison to make this a condition of FIRB approval.