How did the government's Intergenerational Report ad campaign go from $11 million to $31 million? 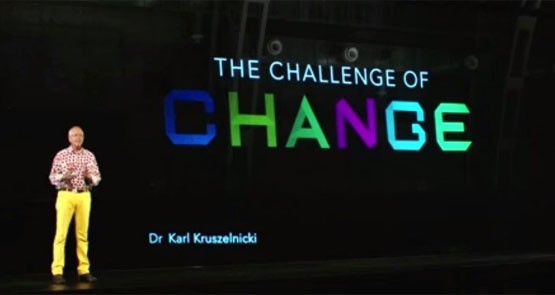 The taxpayer-funded ad campaign around the controversial Intergenerational Report — a report that focused on the need for the government to rein in spending — has almost tripled its initial creative and ad-buying budgets.

The normally uncontroversial Intergenerational Report, looking at Australia’s economic and demographic changes out to 2055, became a political lightning rod when then-treasurer Joe Hockey tied it into the unpopular 2014 budget, and compared it to Labor’s last budget in government and the Coalition government’s desire to cut spending. In the foreword for the report, Hockey wrote:

“The Intergenerational Report shows the growth in the costs of many services, especially in health, that will put pressure on the budget and threaten the sustainability of those services. Every day our spending exceeds government revenue by more than $100 million. To make up the shortfall we have to borrow that $100 million per day. If the status quo had remained, the growing debt burden projected in the Intergenerational Report would have been a major drag on our prosperity and a threat to services that our community expects — that is not the social compact we want.”

So controversial was the report that the man hired to head up the government’s advertising campaign for it Dr Karl Kruszelnicki, decided to donate his appearance fee to public schools, and criticised the report, which he said he had not read in full before agreeing to front the campaign.

The original campaign budget was reported to be $11 million; the creative work on the campaign was originally budgeted for $1.7 million with creative agency 303Lowe, plus $8.8 million on ad spending and $450,000 on market research and analysis. It was revealed in Senate estimates hearings last week that the total spend for the campaign had nearly tripled, from $11 million to $31 million as of the end of September.

The biggest blowout came from the creative spend, up from $1.7 million, to $6.4 million for both phase 1 (Dr Karl campaign) and phase 2 (a small business campaign) of the Intergenerational Report ad campaign. Ad spend with Dentsu Mitchell went from $8.8 million to $24.1 million. The $450,000 that was allocated to market and research analysis had gone up to $1.04 million with Hall and Partners Open Mind. There was also $345,000 spent on public relations with GRA Cosway.

Labor Senator Sam Dastyari commented that the $6.4 million on creative was rather high:

“As someone who has a little bit to do with advertising in the past, a $6.4 million advertising creative buy, when you have a $24 million actual ad buy, is very, very high. I am not quite sure what they did for that 20% of the budget being spent on creative.”

Treasury Department chief operating officer John Lonsdale told Dastyari that it would have gone to create different options for ads for the government to use.

It has been reported that Treasury could spent up to $36 million this financial year on ad campaigns, including for the Intergenerational Report, but Lonsdale indicated he wasn’t aware if any more ad spending on phase 2 of the report was planned:

The blowout didn’t get much attention during what was a busy sitting week in Parliament last week, but at the time, shadow treasurer Chris Bowen said the report was a “blatant attempt to justify” the government’s “unfair” budget proposals, filled with “fanciful budget projections and fraudulent claims about the state of the nation’s books when Labor left office”. He said the public deserved better than a $31 million bill for the ad campaign.

In his last speech to Parliament, outgoing member for North Sydney Joe Hockey repeated his themes of the Intergenerational Report, again calling for the government to rein in spending:

“We borrow billions of dollars to pay for the health and hospital system, and [Hockey’s son Iggy] and his generation are going to end up paying for it. I see that as unsustainable. It is unfair and I will not be party to a generation that passes the buck. What we have to do is live within our means. We need co-payments in health, greater cost recovery in education and universal means testing in welfare so that we have a sustainable and affordable social safety net for those most vulnerable in the community.”

The blowout didn’t get much attention. If something like this had happened under Kevin Rudd or Julia Gillard, just imagine the screaming headlines, the attacks on waste and mismanagement in the mainstream media, the mouth-frithing rage of right wing columnists. Has any mainstream journalist attempted to ask the Treasurer to justify this spending, to spell out how it benefited the community?

“You gotta spend money to save money”? Sheer genius – on the part of those milking the government.

When you have a new shiny, bright, wonderful PM, how could you even think of asking the MSM to say anything bad about him or the government! Shame on you, Steve777!!
Nauseating, isn’t it!!!

Can someone enlighten me on why we need to advertise a government report in the first place? This is a report that is meant to be used to guide future government policy, it’s not supposed to sell anything.