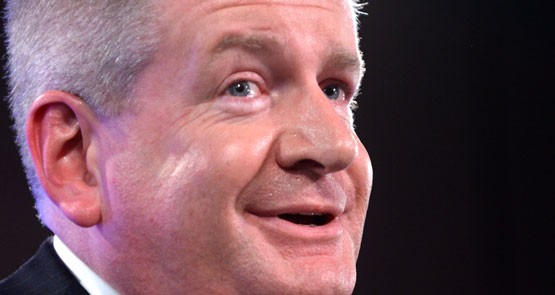 Arts and Communications Minister Mitch Fifield was decidedly less adversarial than his predecessor, George Brandis, during this week’s arts estimates hearings. But despite the relaxed tone, the substance of what was said at estimates showed that the chaos in arts policy looks set to continue.

Take the National Program for Excellence in the Arts, the most controversial of the Brandis policies inherited by Fifield. What’s happening with the Excellence Program? To judge by estimates testimony: not much.

The Excellence Program has not finalised its guidelines — the ministry is still working through the feedback on its draft guidelines, released in July. It has not appointed any peer reviewers.

The ministry has accepted submissions from arts companies, but they haven’t been assessed, because the ministry has not yet finalised its guidelines.

In an exchange between the Greens’ Scott Ludlam and Fifield, Ludlam attempted to get some details on when the Excellence Program would get up and running.

Senator LUDLAM: When can we expect the final NPEA guidelines?

Senator FIFIELD: In a matter of weeks. I am looking to provide clarity for the sector.

Senator LUDLAM: Will that be final guidelines or are you leaving it open to potentially do something a little bit more dramatic? I am not trying to pin you down.

Senator FIFIELD: No, not at all. Whatever I advise the sector will be in a matter of weeks.

For the many smaller arts companies now in real financial difficulty because of the policy chaos, these comments would not have been encouraging.

Even more worrying was Fifield’s response to a question from Ludlam about transitional funding for small-to-medium organisations in danger of folding.

Senator LUDLAM: What is your view on some kind of an emergency relief package to at least prevent closures of companies and job losses?

Senator FIFIELD: I have to make the point that the situation of individual companies is not solely or necessarily a direct result of decisions that government has made. The arts is often a challenging environment — I just make that general point. Anything that is done within the arts portfolio, however we can configure things, will need to be within the existing funding envelope of the arts.

Another example of a Brandis policy going nowhere is the nascent Book Council of Australia. Announced by Tony Abbott late last year, it had $2 million of funding appropriated in the May budget ($2 million, by the way, taken from the Australia Council’s budget line).

But 10 months after its announcement, we’re no closer to learning what the Book Council will do, or who will run it.

According to Nerida O’Loughlin, acting secretary of the Department of Communications and the Arts, the Book Council will be chaired by Melbourne University Publishing’s Louise Adler. There will also be a number of industry representatives, Everyone who has been asked to be on the Book Council has accepted.

But, Loughlin, explained, “to date, no meeting has been held”.

Nor are there any new staff for the Book Council. Instead, staff already responsible for the Prime Minister’s Literary Awards have been given extra duties.

And no money has been spent. The following exchange between Labor’s Catryna Bilyk and the Ministry for the Arts’ Sally Basser was illuminating.

Senator BILYK: How much of the $2 million annual appropriation for the council taken from the Australia Council has so far been spent, and what on?

Sally BASSER: None. No funding. Again, we will have to develop guidelines for the expenditure of that money.

Senator BILYK: But the money has already been taken, hasn’t it?

Sally BASSER: The money was transferred in the process of the budget. That is correct.

Senator BILYK: So it is just sitting there waiting for something to happen. Is that correct?

Sally BASSER: That is correct.

But we did find out one intriguing thing about the Book Council: it won’t be funding any writers.

At one point, Ludlam asked Basser to explain what the Book Council would do. Basser read out a long list of functions. The Book Council, she explained, would “consider strategies to encourage a culture of reading, the accessibility of books and writing for all Australians, the breadth and diversity of Australian writing, support for and promotion of high-quality Australian literature, the Australian publishing industry’s capacity to meet new technologies and competitive challenges, opportunities to build on successful programs as well as identifying opportunities for new initiatives, and considering available information, data and research on the Australian book sector”.

Ludlam countered by pointing out that it did “not sound like there was a lot there for people who are trying to make a living out of writing”.

“I guess that is open to interpretation,” Basser replied.

In a media release on Wednesday, Labor’s Mark Dreyfus and Bilyk lambasted the Turnbull government for the chaos in cultural policy.

“Incredibly, 162 days after the Government’s slush fund was announced in the Budget, all that has been delivered is disruption and cuts to established programs.”

For the cultural sector, the take-home message is that the Excellence Program will stay — and with it, the cuts to the Australia Council.

If the yartz was worth a pinch of the proverbial it wouldn’t need subsidy.
Bring back the Borgias, patronage that worked.

sadly, AR, whereas Government funding of Arts tended to be for worthwhile Culture it has drifted into areas in which it’s not easy to justify taxpayer dollars being used.