Does David Leyonhjelm's actual Bond villain cat push him over the line?

There’s a burning question facing this country as the resources boom tans and the world recession looms: who is Australia’s best Bond villain, in politics, business or media?

Professionals call this the “white cat rating”, as in “s/he’s only one white cat away from being a Bond villain …”. For years the unquestioned No. 1 Bond villain has been Michael Costa, former Trotskyist, former Laborist, now hard-core Hayekian, and, in five years, the guy in a saffron robe giving out free paperbacks in front of Gopal’s vegetarian restaurant: 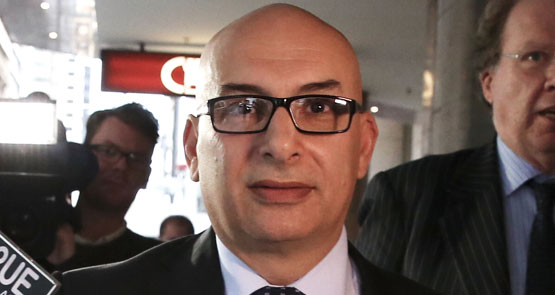 The only caveat on Costa’s hold on the title is that, with the waxed head, designer specs and comedy eyebrows, he juuuust overshoots the Bond settings all the way to Austin Powers. One million dollars …

Does make you wonder when you look at Costa, “what’s he thinking when he gets his head waxed?”: “Ah yes, people will really listen to me on utilities recapitalisation if I look like I’m going to blow up The Daily Planet with a mind ray.” Asking for a friend.

So Costa has overplayed it a little, and he has stiff competition in the white cat stakes from Senator David Leyonhjelm, on account of the good Senator acquiring an actual white cat.

Look at that snow-white creature, asocial, uncomprehending and struggling to be free. And it’s holding a white cat.

Those are strong contenders, though we think there are others. Glenn Lazarus, for example — the “brick with eyes” might not be a Bond head baddie, but he does a great evil henchman. Here he is: 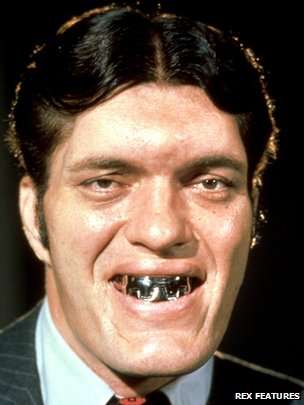 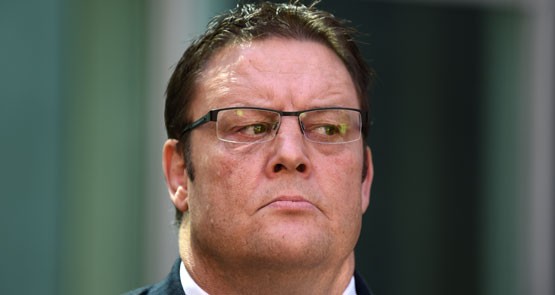 We gave him a white cat for this shot, but he ate it.

Rundle: the rise of Clivosaurus a product of voter curiosity

My fave Bond villain is View to a Kill’s Max Zorin, the well-dressed, willowy, white-blonde megalomaniac computer narcissist with a questionable attitude to the women in his life and a jackboot-libertarian ambition to leak sensitive information…erm…flood Silicon Valley and prevail over all competing sources of digital information…

Local version’s got me buggered, but. Any ideas, browsing through your piccie files Crikey…?

JackR – shorerly Lady Penelope of Mesothelioma?
I’ve not the slightest doubt that Mal thinks of himself as the Roger Moore incarnation.

Wyatt Roy – Vlad Popov (Die Another Day)?
I like Pyne as Tee Hee (Live and Let Die) too – if only nominally?

How about Guy Rundle? Head wax, specs, and you’re there!

Kate Ellis as Honey Rider, with or without the thigh mounted flensing knife.