Memes come to the Walkleys

And the nominees are ... 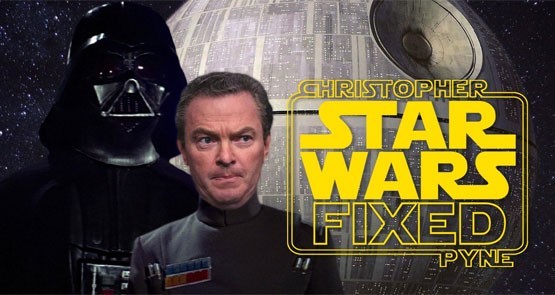 Parkinson’s nomination — for his “Bronwyn Bishop’s Arrested Development”, “Star Wars: Fixed” and “The Breakfast Clubbing Season” videos — wasn’t the only sign memes had come to the Walkleys.

Taking out a nomination for camerawork was The Feed‘s Miles Bence. The SBS2 show tries to present a more youthful, quirky and issues-focused approach to news and current affairs. Bence took out a nomination for several in-depth features he’d shot on youth issues. Other nominations in the camerawork category were 60 Minutes’ Richard Malone and the ABC’s Louie Eroglu.

Also taking out a nomination was BuzzFeed, for the journalism of its dedicated indigenous reporter Allan Clarke. Clarke, a former journo with both the ABC and SBS, got the nomination for his Kimberly in Crisis investigation, which looked at rates of youth incarceration in the Kimberly. Clarke’s nominated work is much more traditional journalism than some of the articles on BuzzFeed, marrying multiple in-depth interviews with Clarke’s own beautiful photography. It’s the first nomination for BuzzFeed Australia.

BuzzFeed isn’t the only foreign outlet to, upon establishment in Australia, dedicate significant time and resourcing to coverage of indigenous affairs. Traditionally an area of strength for The Australian, this year its reporters, Paige Taylor and Michael McKenna, are competing with BuzzFeed, and The Guardian columnist (and SBS journalist) Stan Grant, for the Walkley.

Across the other categories, it was much the usual suspects. The ABC, as it tends to, dominated in the TV and radio categories, with Fairfax and News Corp earning most of the nominations in the print and issue categories. Sky News, which won its first Walkley last year, took out an all media interview nomination, for another David Speers interview. Gerard Whateley, Mark Robinson and Tim Hodges’ interview with James Hird also took out a nomination in the same category — the other nomination was to Margaret Paul and Cameron Best of the ABC.

Among smaller publishers, New Matilda got a nomination in the cartoon category for Fiona Katauskas’ work — she’s running against the Canberra Times’ David Pope and the SMH‘s Cathy Wilcox. The Monthly also had a good night, with Margaret Simons and Dave Tacon’s investigation into the children left behind by Australian sex tourists earning two separate nominations.

Walkley nominations: trumpets out to herald their/our own

Interesting that Walkleys will accept new stuff, but only from the old guard