Poor Eric Abetz, no one talks about him in the media. Plus other media tidbits of the day.

Abetz’s week. Since his interview with The Australian on Monday, in which he said the media ignored conservative Christians like him, Eric Abetz has been pretty hard to ignore.

According to media monitoring company Isentia, in the past week, he’s had 442 unique mentions in the media — a figure that swells 10-fold to 4335 if you include syndications. The online media loves talking about Abetz — he had 2435 online mentions this week, compared to only 69 in the print press. That said, we’re sure the online attention was mostly derisive — the internet has a known godless left-wing bias, after all …

Techies rule, OK! Three of the big four of American business and techies, Amazon, Alphabet (nee Google) and Microsoft, have changed the US economy and everyday life in ways still evolving. Overnight Thursday, their third-quarter financial results wrought another change, altering investor views of technology stocks and the US reporting season, with some big results. The trio’s share prices surged, adding more than US$100 billion to their combined market value, which will be well over US$1 trillion (or just on A$1.4 billion) at the start of trading tonight, if the after-hours gains are carried over.

Add in the US$658 billion (more than A$910 billion) value of Apple and the value of quartet is well over the size of the Aussie economy at around A$1.6 trillion. Should Alphabet’s (Google’s) after-hours share gains be continued tonight, its value will top the US$500 billion mark (second behind Apple), Microsoft’s will top US$400 billion, and Amazon (the “tiddler” of the three), will have recorded a rise well past US$290 billion — where it will be around US$100 billion more than the market value of the world’s biggest bricks-and-mortar retailer (with some online business), Walmart. — Glenn Dyer

Video of the day. Hillary Clinton faces her accusers … 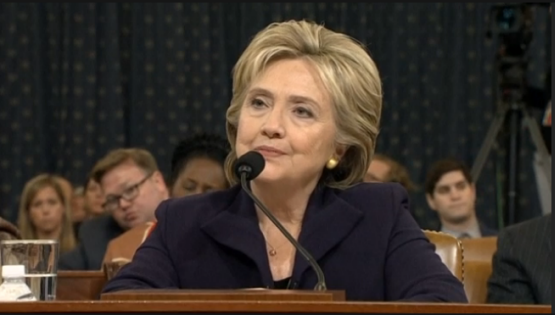 Front page of the day. The Spectator doesn’t mince words … 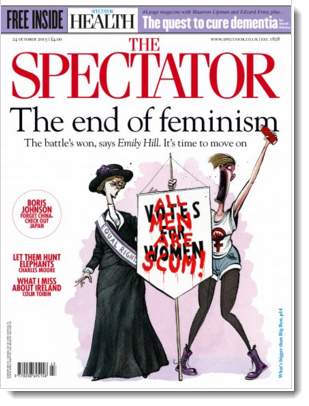 Is social media really just a marketplace of ideas — or has its power transformed society?