Aunty's appointed one of its own to the plumb job. 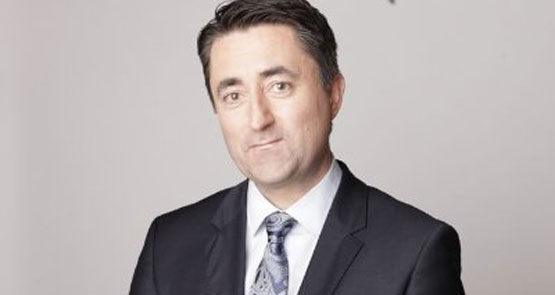 The ABC has maintained a half-century of tradition in appointing an insider as its newest director of news.

Somewhat less expected has been the appointment of a deputy director of news — Craig McMurtrie. McMurtrie has been in the news director role in an “acting” capacity since Torney’s departure, and ABC insiders had told Crikey he was widely expected to take over the role from her permanently.

Indeed, he isn’t stepping back from it entirely. The appointment of a deputy director to assist the news director is a new structure for the executive team.

An ABC spokesman confirmed the structure was new, and said the two are expected to work very closely together, as they have in the past.

“The ABC is the nation’s most trusted news gathering organisation and I am confident that in appointing Gaven and Craig it remains in reliable hands,” ABC managing director Mark Scott said in a statement. Both appointments are effective immediately.

The ABC news director position is one of the most important in Australian journalism, with a remit to oversee hundreds of journalists, dozens of bulletins and rolling online, television and radio coverage.

It is expected Morris will continue to shape the ABC in much the same direction as his predecessor Kate Torney has — towards digital, live and streaming news provision, which, controversially, has often included a focus away from legacy platforms and traditional ways of delivering and uncovering the news.

Morris was instrumental in the creation of ABC New 24. He gave a speech to the Melbourne Press Club earlier this year to celebrate its fifth anniversary. During that speech, he referred to the internal friction it had caused — many ABC journalists resent the digital direction the ABC has taken in recent years, arguing it takes resourcing away from other types of journalism. But Morris defended the crucial role News 24 had played in equipping the ABC for a digital age. And he said many ABC staff had been won over through the sheer reach their stories can have on the live news channel.

After establishing News 24, Morris worked as head of content at the ABC from 2012. Before joining the ABC, he worked at CNN, Al Jazeera and Channel 10. His deputy Craig McMurtrie has been the ABC’s head of newsgathering since 2012. Earlier in his career he worked in a variety of political reporting roles at the ABC, including several stints covering Washington.