How does Malcolm plan to improve the sideshow that is question time? Crikey intern Mark Kearney reports. 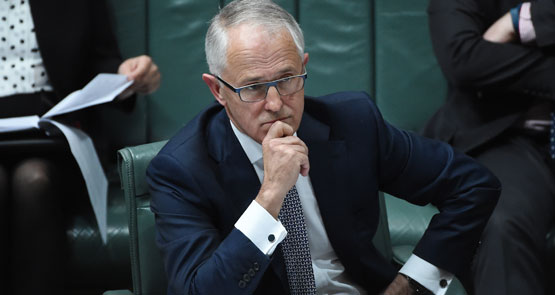 Prime Minister Malcolm Turnbull yesterday outlined changes in the government’s approach to question time that he says will allow backbenchers to better represent their constituents.

Turnbull said dealing with issues about local electorates was the “bread and butter” of an MP’s job and the objective of question time was to allow them to raise concerns about these issues.

The changes come more than two years after then-manager of opposition business Christopher Pyne promised improving standards in Parliament would be a signature reform of an Abbott-led government.

So what exactly are these changes? And how does our question time measure up in comparison to other models around the world?

What are the changes?

The new provisions, which will be trialled from the next sitting period until the end of the year, allow for a “constituency question time” every sitting day as part of questions without notice.

After five Dorothy Dixers from government members, the next five questions will be unscripted, with government backbenchers asking ministers about an issue affecting their electorate.

Turnbull says the opposition will not be bound to follow this formula.

“Opposition members can do whatever they like. They can continue asking questions written for them by the Opposition Leader’s staff,” he said.

In 2013, Pyne also proposed the introduction of a 30-minute “take note session” after question time to make sure MPs had time to properly consider all the answers given during question time. This reform wasn’t included in the changes announced yesterday.

How has question time evolved up until now?

Question time in Australia developed in an ad-hoc fashion, with no formal recognition of the convention in the Votes and Proceedings records until 1962.

But questions without notice have been a feature since the very first Parliament.

“There is no direct provision in our standing orders for the asking of questions without notice, but, as there is no prohibition of the practice, if a question is asked without notice and the minister to whom it is addressed chooses to answer it, I do not think that I should object.”

The early parliaments often heard just one or two questions a day, or sometimes none at all. But by World War I, these numbers had increased significantly, and on one day in 1940, 43 questions were asked in just 50 minutes. Today’s politicians — surprise, surprise –take much longer to get to the point. An average of 14.8 questions were asked during each session in 2011.

How does question time work elsewhere?

The Australian Parliament follows the Westminster system, but our question time is a lot more free-flowing than our Commonwealth counterparts.

The new constituency question time might sound similar to the British model, where MPs pose questions without notice to the prime minister every Wednesday. But the UK question time is an otherwise more rigid affair. A roster dictates when questions can be asked of each minister, and those questions must be tabled at least three days in advance.

Although Canadian MPs are not required to give notice of questions, their Parliament’s approach is also more structured, owing to the fact more than two parties have substantial representation. There, the Speaker first calls on the Leader of the Official Opposition for three questions, then a second member of that party for a further two. Finally the second- and third-rank opposition parties are invited to the microphone.

Question time is a reasonably new phenomenon in New Zealand, where the convention didn’t exist before 1962. Just half an hour was originally set aside for question time across the Tasman, but that expanded to 40 minutes in 1974 and then an entire hour in 1996.

So what’s the impact of the new changes?

They’re an effort by Turnbull to avoid the same accusations of backbench neglect used to justify February’s vote of no confidence in Abbott. And by localising question time, there’s less chance of a big-scale, national story getting the kind of attention the government doesn’t want it to have. Plus it’s unlikely government MPs will expose their own ministers to embarrassment by asking thorny questions, so it’s not so different to the Dorothy Dixer approach.

From Turnbull’s perspective, this might be a new-look question time. But for the constituents it purports to represent, question time will probably appear as business as usual.

I wonder if these questions will find their way into members re-election material – “Your Member at Work”?
Why are ministers so tied up at other times that they can’t talk to these back-benchers away from the publicity of parliamentary time?
This wouldn’t be a re-election PR stunt would it…?

One of the question time shouters, is at last pissing off, having successfully failed at his portfolio, no amount of shouting saved him. Its about time that prissy Pyne, barnyard Joyce, and lately Joshy Frydenburg also left all the shouty behind to the rAbbott era.

I think the best way to improve ‘Question Time’ is to send the opposition back to their mentally challenged institution for further treatment.

It is many a long year since Dorothy Dixers became the norm for tedious recitations of Ministerial press releases.

As much as Parliamentary Question Time should be improved, by comparison with what passes for ‘informed’ discussion in Crikey Land it doesn’t look too bad.