Don't walk backwards at Parliament. And other media tidbits of the day.

Shorten ain’t no 0.1%er. Gerard Henderson was on Insiders this week, the grey man in black on the white couch. How did he do? Not well, if facts are what you’re concerned about. In a discussion of Cayman-gate (let’s not call it that) and possible blowback against Labor, Gollum opined that “99.9% of Australians don’t get an MPs salary”.

Worth noting is how many people are getting the sort of money close to the $195,000 band. Average salaries — average — in mining, construction and engineering are around the $110k mark. So plenty of people would be heading to the $150,000 mark. As always with Gerard, this was simply running interference disguised as debate: an attempt to portray Bill Shorten, on $4000+ a week, as further from a miner — on $3500 a week — than he is from Malcolm Turnbull. Alas, with a net worth of $135 million or so, Malcolm is in the 0.00..[some zeroes here]…01% of Australians. His relative position to Cayman Islanders is not recorded. Try harder, Gollum — Guy Rundle

That ain’t no right of reply: APC. The Australian Press Council has ruled a report in Fairfax’s Brisbane Times detailing the arrest of a Queensland City councillor failed to provide the local politician with a fair opportunity to reply.

The online report, published on April 13, said Councillor Nicole Johnston was charged with being drunk in a public place after she was refused entry to a Brisbane bar and became aggravated. The report also said Johnston had been “forcibly removed” from the council chamber for “inappropriate behaviour” 39 times since 2010.

Johnston said the account of her arrest was not accurate, and her requests for it to be altered and for an apology had been ignored, even though a subsequent version of the story said Johnston had declined to comment.

But Brisbane Times said it had acted in good faith based on information provided by police sources when describing the circumstances of Johnston’s arrest.

While the Press Council could not determine the circumstances of the councillor’s arrest, nor whether the publication took steps to ensure accuracy, it found she had not been given a fair chance to comment.

“The inclusion of the disputed assertions about the circumstances of the arrest were significant enough to require that Johnston be given a fair opportunity for her response to be included,” the council said in its adjudication.

“The Council concludes that the publication failed to ensure reasonable fairness and had failed to give a fair opportunity for a reply.” — Crikey intern Mark Kearney

Perry to journalists: stop walking backwards. Parliamentary personal, along with President of the Senate, Senator Stephen Perry, were grilled by Penny Wong this morning about the increasing use of bollards around Parliament House. The bollards are a sore point among the press gallery, who feel increasingly hemmed in by the use of the “temporary barriers”. A few months back, a security guard erected bollards behind a pack of journalists as they were moving backwards during an interview with Malcolm Turnbull, which caused fury and a formal complaint from the press gallery, many members of which thought it was lucky no one got hurt.

But it doesn’t seem like much has happened on the issue since. For a period, those facing Wong’s questioning were unsure if there had even been a formal complaint lodged about the incident (it was eventually established there had been). Perry said he’d had the issue raised with him informally, potentially at the Mid-Winter Ball, but hadn’t seen it as something he had to follow up. “It was mentioned to me in passing,” he said.

“[But] if people are gonna walk backwards, there is a danger in that in itself.” — Myriam Robin

Video of the day. Larry David in the role he was born to play … 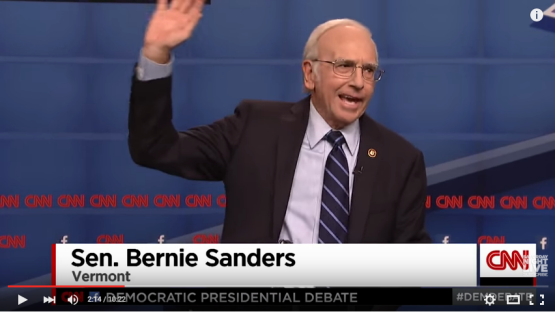 Front page of the day. Surely it can only go downhill from here … 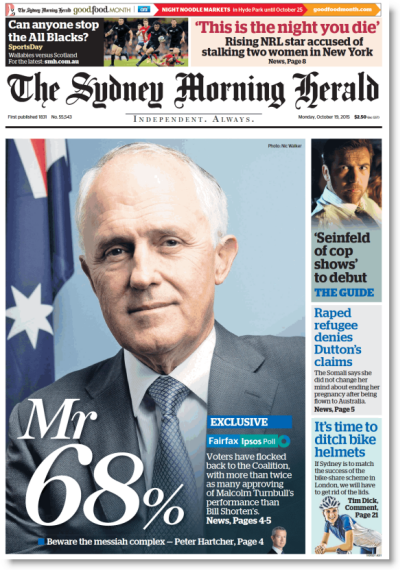 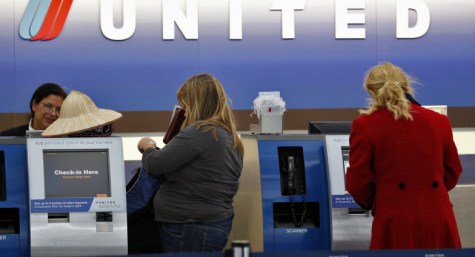 In ‘no angeling’, are we telling important stories, or preying on the vulnerable?

In the battle of Johnston vs. Palin, the winner is <em>Vanity Fair</em>

“Dobby” Henderson (conservative house-elf) and Atkins (on Insiders) – two professional Coalition silver-linings prospectors.
No matter how dark things might be for their Limited News Party, they’ll point to the bright-side : compared to Labor/Left?

Shorten isn’t on $194k though, his pay is over $300k, shifting him up the percentile rank and making his pay $6,000+ per week rather than $4,000+ a week…agreeably still a lot closer to the miner than Turnbull