By the skin of his dentures: Murdoch just barely retains control of News Corp

Despite what you may have read in The Australian this morning about a “majority” voting for the company voting structure that favours the Murdochs, it was in fact a very close vote. 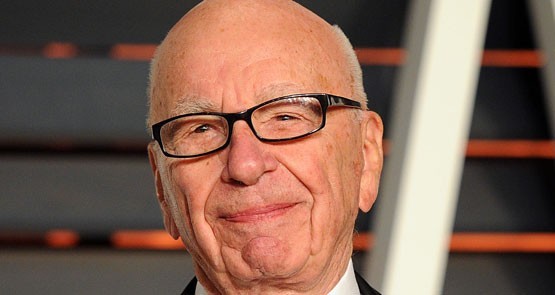 This week at News Corp’s AGM, a bare 1.792 million votes — or 1% of the 177.46 million votes cast — is all that separated the Murdoch clan from an embarrassing shareholder rejection of its dual-class voting structure, which cements the Murdoch family’s control of the newspaper publisher, pay TV and online real estate group. And from the voting for the re-election of the 12-person board it is clear that without the Murdoch family’s holding of more than 789 million shares, or 39% of the vote, every director, including Rupert Murdoch, would have been defeated.

So despite what you may have read in The Australian this morning about a majority voting in favour of the dual-class proposal to be retained, it was in fact a very close vote. In fact, the Murdochs were less than 1 million votes away from humiliation, while the board remains in power only with the support of the family and not all shareholders in the company. If just on 900,000 of that 1.792 million vote majority had switched votes to support the proposal, it would have been approved, that’s how close it was.

A year ago the majority in favour of supporting the dual class was just over 7.9 million shares, so there has been a significant loss of support for the Murdoch clan among News Corp shareholders, and especially among the big two — Perpetual and ValueAct, whose CEO, Jeffrey Ubben, was last month invited onto the board of the other Murdoch clan company, 21st Century Fox, to shut him up and stop agitating at Fox.

ValueAct’s voting at this week’s News Corp AGM was not covered by the standstill agreement at Fox, and provided the Murdochs with a clear indication of the damage an activist hedge fund can do to companies, even where the controlling shareholders are well entrenched, as the Murdochs are.

The Murdoch clan dominates News Corp through the highly discriminatory dual-voting structure, which gives the family control of News with 39% of the B-class voting shares, despite only owning 14% of all the shares (including the A class) issued in the company. In fact, the family was deserted by all but a few small and friendly shareholders at the annual meeting in New York on Wednesday, with Australian fund manager Perpetual (10% of the voting shares) and the aggressive US hedge fund ValueAct (5% of the voting shares) almost certainly both voting against the dual structure. More than 90% of the non-Murdoch shareholders opposed the dual-share structure and the company’s board and its family-friendly retainers and executives.

In a filing with the US corporate regulator, the Securities and Exchange Commission (SEC), this morning, News disclosed that 87,533,906 votes were cast in favour of the proposal to eliminate the dual class (A-class non-voting, B-class voting shares), but 89,626,888 shares were voted in favour of retaining the structure. Last year the votes were 79.057 million in favour of the resolution, 87.590 million against (or supporting retention). So the Murdochs got a bit more support (2.036 million shares). But those wanting the dual class eliminated saw their vote jump 10%, or by more than 8.7 million shares. That was a thumbs down for the Murdochs.

The use of the word “nonbinding” makes it clear News Corp had no intention of acting on the resolution had it been approved. In other words, the board and the Murdoch family were prepared to defy shareholder wishes. It was as if the Murdochs and the board had an inkling the vote would be closer than last year.

The News Corp proxy statement for the meeting said the Murdoch family trust controlled 76.655 million B-class voting shares (or 38.4% of the voting shares). Rupert Murdoch had a further 2.196 million shares, which made a total family holding of 78.722 million voting shares or 39.4% of the votes. On that basis, the pro-Murdoch camp could only manage to attract support from the holders of 10.854 million non-family related shares. Seeing Australian fund manager Perpetual owns 20.454 million B-class shares (10%), and ValueAct has more than 12.83 million shares (5%), it is clear they voted all or some of their shares against the dual-class proposal. They could not have abstained, because only 291,203 shares did so, according to News Corp, while there were a further 2.796 million shares classed as “broker non-votes”.

And there is another way of looking at the vote in comparing the number of votes cash for Rupert Murdoch in the board election. He did better than last year and a total of 136.51 million shares were voted in his favour, with 37.204 million opposed. That means more than 46.8 million shares leaked away from Rupert Murdoch in the vote on the dual class voting structure, and almost winning the vote. That was a further repudiation of the Murdoch clan’s stance on voting control (but not on their board positions).

The proposal to get rid of the dual-voting structure was proposed by the Nathan Cummings Foundation of New York, which has been a consistent critic of the discriminatory voting structure.

*Correction: An earlier version of this article mistakenly stated that The Australian‘s story said a “clear majority” had voted for the new structure. The story just said “majority”.

“The Undead of News Corpse”

I *really* hope the old man lives long enough to see his own empire rebel and depose him. Such sweet schadenfreude.

Leave the Dead to bury the Dying – I endorse Paddy’s hope.

PADDY: Oh Paddy boy what have you been smoking? It just ain’t gonna happen like that.