Magda Szubanski is good for your soul

One of Australia's best-loved comedians opens up in her new memoir, Reckoning. 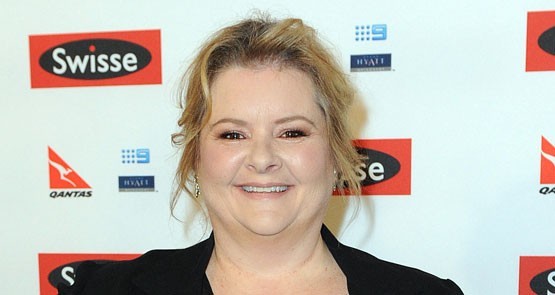 Last year I was casually talking to a man who knew Magda Szubanski back when she was at university. He told me that Szubanski was always destined for great things and that his only surprise was that her career hadn’t gone even further. My response was something along the lines of, “she’s perhaps the country’s most beloved comedic performer, her career has gone a very long way”.

But on reading her recently released memoir, Reckoning, I understand exactly what he meant.

This is not a book that ever attempts to be funny, but from the opening sentence — “If you had met my father you would never, not for an instant, have thought he was an assassin.” — it is a captivating account of the comedian’s life and family history.

The overwhelming focus is on Szubanski’s Polish father and her coming to terms with the role he played in World War II as an officer of the Polish execution squad, Unit 993/W. He was undoubtedly on the “good” side, fighting against the Nazis and Polish traitors, but there are a raft of moral dilemmas that Szubanski has inherited from her father.

He eventually escaped war-torn Poland and brought his young family to Australia with the express intention of leaving that world behind. Miraculously, he seemed to have sat quite comfortably with his trauma throughout his entire life, but the trauma finds expression in Szubanski, who somehow has absorbed all the pain he must have experienced.

There are also brilliant accounts of her own youth in Croydon, Victoria, and the discoveries she made about herself as an adolescent: both her homosexuality, and how the performing arts made her feel, finally, that she was no longer an outsider but at the red-hot centre of life.

This isn’t what you’d call a “warts and all” memoir: Szubanski is, in some senses, guarded. It’s a forthright and open piece of writing, but she is very much in control of which stories she wants to tell, and it’s all the more powerful for that.

There’s the occasional passage that is overwritten, but it’s Szubanski’s insights into herself, her work and the world she grew up in, that are the driving force of this memoir. There’s even a surprisingly astute description of watching the Australian Open in Kooyong in the 1970s:

“I loved Kooyong. It was built on the sturdy bones of tradition but new blood surged through its veins. If Wimbledon was the ancient seat of Britain’s tennis empire, Kooyong was the rebel stronghold, the place where the descendants of convicts trained to defeat their former overlords. Australia could never hope to win against Britain in the culture wars because the deck was stacked. Literature, art, theatre — their value is determined subjectively. But in the sporting arena there is no room for opinion. The ball is either in or out.”

The final chapters of the book are particularly moving and her description of her most famous comedic creation Sharon Strzelecki is itself a masterclass in creating resonant characters built from the inside out:

“Gina [Riley] and Jane [Turner] were writing the character, playing to my strengths and cannily exploiting my weaknesses. But whatever she was saying, Sharon always vibrated with bass notes of pain and loss. She is the heartbroken Irish in me, the sacrificed Pole — but also a product of my optimism. Sharon is one long unguarded moment. She wears her heart on her sleeve and is full of hope and love and the dream that, if she just keeps trying, things will work out and people will be nice to one another and love will prevail.”

In the book she reveals herself to be an extraordinarily rare talent — somebody with first-rate emotional and comedic instincts as well as a fierce intellect, which would allow her to succeed in any academic task she’d set herself.

As a child, Szubanski wanted to be a doctor, and you get the impression that the medical world lost a great mind when she discovered her love of performance. But the work she chose to devote her life to has brought infinite joy and been good for the souls of Australians everywhere.

She continues that work with Reckoning, in a very different and more exposed way. This book will be good for the soul of anybody who reads it.

Reckoning, by Magda Szubanski, is published by Text Publishing, $49.99 (hardback).