Why are Chinese buyers snapping up so much Australian property?

Chinese investment in Australian property is on the rise. But why? And is that even legal? Crikey intern Sunny Liu reports. 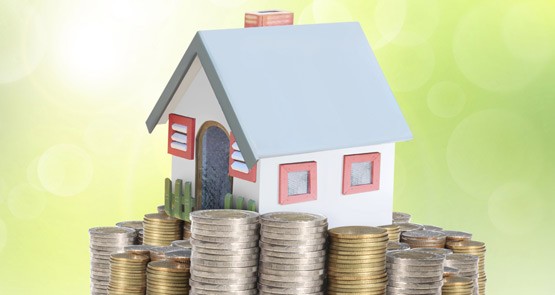 As Four Corners reported on Monday, the number of Chinese investors buying Australian real estate is skyrocketing, surging more than 400% in the past five years. Chinese buyers are buying property, sight unseen, trusting in local agents to find them profitable investments. But why is Australian real estate so attractive to the Chinese? Where are they hearing about it? And don’t we have laws against letting foreign buyers purchase land here?

Why are Chinese buyers snapping up houses in Australia?

Australia’s lifestyle and potential profits are the main reasons why Chinese investors are looking for houses in Australia. Chinese investor Tan Jie told Crikey that even though Australia’s property market is booming, prices were “inexpensive” compared to China’s big cities.

“The price of a small house in Melbourne could be equal to that of an apartment in Beijing. The living environment in Australia is much better than China,” she said.

Chinese buyers also buy Australian property to house their children while they study at Australian universities, with the intention of selling or renting out the property when studies are finished.

“Universities in Australia are very elite in the world, and I think my daughter should receive higher education in a developed English-speaking country to increase her employability. If I buy a house, she would have higher chances of staying in this country,” Tan said.

How do Chinese investors find out about Australian property?

One WeChat official account, “MelBuyHouse”, regularly sends posts in Mandarin about properties for sale in Melbourne. A real estate post typically gets about 2000 views. People can share the posts on their WeChat timelines and directly to their friends.

The real estate posts on MelBuyHouse are mostly promotions for real estate agencies, but the posts often start off with some tips for Chinese property buyers on how to choose a good location and how to”‘secure” their purchase.

The agencies featured on MelBuyHouse have Mandarin-speaking employees who can assist Chinese buyers without much English.

Real estate agent Irvin Li told Crikey that 90% of his clients were Chinese. The agency Li works for sells apartments in a building in the Melbourne suburb Glen Waverley, a popular destination for Chinese investors. Li says most of his clients are attracted to the location.

“Our location is very appealing, with the shopping centre and restaurants at the footstep. Many Chinese buyers also want to send their children to the nearby Glen Waverley Secondary College. So these purchases are both of investment and residential purposes,” he said.

But wait, aren’t there laws to prevent foreign ownership of existing housing stock in Australia?

Australia has increased its tax on property investments by foreigners earlier this year in an attempt to discourage foreign investors from buying houses in Australia.

Under current law, foreigners cannot buy established properties but can buy lands and newly built properties. Foreigners buying established homes in Australia could face three years’ jail term and a fine of up to $135,000. The Four Corners investigation revealed many buyers are flouting those laws, however.

The Australian Taxation Office is currently investigating 500 cases of foreign buyers breaching the rules and buying established homes, reported ABC News. Some of the purchases involved multimillion-dollar houses purchased by international students with no income.

Tax Commissioner Chris Jordan told Four Corners that a 21-year-old student buying a $5 million waterfront house was a clear breach of the rules. “So the obvious question for us is, where did the $5 million come from to buy that property?” he said.

Former AUSTRAC boss John Schmidt told Four Corners that foreign investors were using relatives and setting up shell corporations to mask the real motive behind the purchases, but “they are the ones behind the scene pulling up the strings”.

An ATO spokesperson told Crikey that the ATO was continuing the investigations and the majority of these were resulted from community referrals. But the number of Chinese investors has not decreased.

“There are no restrictions on the number of vacant land, new properties, or established dwellings for redevelopment that foreign investors can receive approval to buy,” the ATO spokesperson said.

With Australia offering a better safe haven than most Nations, and a recent History of being softer than most developed Nations when it come to letting arrivals work the system to their benefit, why would they go anywhere else to (among other things) buy property?

How many ATO staff has this LNP government axed? Believe it was 3000 a year ago & was projected to hit 5000, out of 21000 total. Chinese investors are benefiting from those cuts, along with our tax dodging prime minister.

Still begs the question why we let foreigners buy land. How many countries allow it? I imagine most only allow for apartments to be bought.

I don’t think we are allowed to buy property or land in China, so why do we permit ANY foreigner to buy here? Particularly residential property, new or existing, when our own citizens are being priced out of the market.
Not good enough!
However, this LNP government couldn’t care less about those struggling to put a roof over their heads here in OZ. All they see are the $$$$ signs for their mates at the top end of town. Disgraceful!!

I thought that the Chinese govt had rules forbidding their folk from taking more than $50000 out of the country, so one has to wonder where this money is coming from. Not legally on the face of it.