Is the NT News allowed to report on a man who had sex with hundreds of cars via their exhaust pipes? Plus other media tidbits of the day.

Car-rooting video exhausting, but no breach. The Press Council has concluded an adjudication in the NT News’ favour after it considered whether an article about an “overly keen motorist” who “made love to more than 700 vehicles” via their exhaust pipes breached the council’s standards of practice.

The council asked the title to consider whether the article, which included a 29-second embedded video titled “I have sex with cars”, breached the standards around material likely to cause substantial offence, distress and prejudice.

The publication said the article was very much in the NT News’ style, but after a complaint, it did remove the video and article from its website. The APC’s adjudication, meanwhile, says that given the NT News’ distinct style and the expectations of its readership, the article was not “substantially offensive”. — Myriam Robin

Curtis is a former long-standing reporter for the ABC — she left her position as News 24 political editor in December amid the ABC redundancy pools process (though Crikey was told at the time her departure was not a redundancy).

A statement from Sky said Curtis would be involved in daily political news reporting as well as “an expansion of programming and major event coverage”. Sky News CEO Angelos Frangopoulos said this new programming was being finalised for 2016.

Sky News political editor David Speers described Curtis as one of “the most insightful journalists in Canberra, who now becomes my colleague after many years of friendly competition in the halls of the Parliament. There is no doubt her expertise will be a valuable addition to the team.”

Curtis isn’t the ABC veteran to leave the organisation to find a home at Sky. Jim Middleton, another long-standing Canberra reporter, took redundancy after 44 years at the public broadcaster last September, and turned up later that same month at Sky. — Myriam Robin

Front page of the day. Right back at you, Zoo … 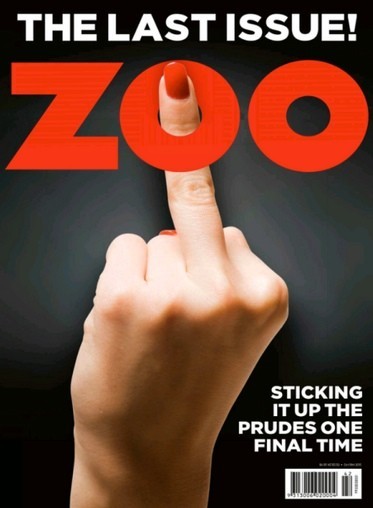