Essential: is the Turnbull honeymoon over already?

Voters believe our role in Syria is making us less safe from terrorism, today's Essential Report reveals, while the Coalition has fallen to earth slightly after the surge in support generated by Malcolm Turnbull. 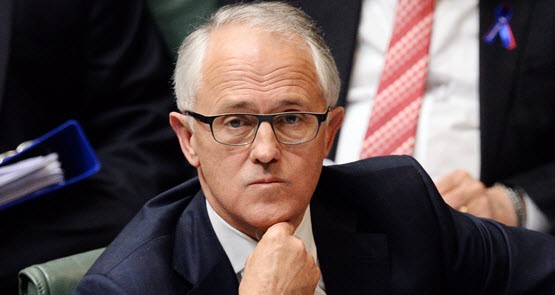 The Coalition retains a lead over Labor but the surge in support for the government in the wake of Malcolm Turnbull’s elevation to the prime ministership appears to have peaked, today’s Essential Report shows.

The Coalition’s primary vote remains on 44%, well above the 40% it was stuck at under Tony Abbott, but Labor’s primary vote has now recovered a point to 35%. With the Greens remaining on 10%, the Coalition’s lead on a fortnightly rolling average basis is 51%-49%, down from 52%-48% last week. With political normality only just returning, it’s too soon to draw conclusions about the impact of Turnbull; the immediate “sugar hit” effect of his ascension was never going to last, but Coalition supporters might feel somewhat puzzled that a Prime Minister with such a big lead as preferred PM and with such strong approval ratings hasn’t lifted the government’s stocks higher.

There’s strong support among voters for the Trans-Pacific Partnership, but even stronger opposition to the investor-state dispute settlement (ISDS) that forms a key part of the secret deal Australia locked itself into last week. Forty-nine per cent of voters support Australia signing the TPP compared to 16% who disapprove, with Greens voters the only group opposed to it, 34% to 21%. But voters think multinational corporations will be the biggest winners from the TPP, with 57% saying they’ll benefit a lot or some, compared to 47% who say Australian businesses will benefit a lot or some; 32% who say Australian workers and 31% who say small businesses.

But opposition to ISDS, under which companies can sue governments in private international fora for changes in public policy that cost them money, remains very strong, with 62% of voters opposed to it.

Voters also expressed disapproval of the idea floated by new Treasurer Scott Morrison that states allow a greater private sector in the provision of health and education services. While 37% supported private companies providing public transport services and 47% opposed it, that was the least unpopular candidate for private services: prisons rated 33%/50%, water 29%/54%, hospitals 28%/56% and primary schools 25%/58%.

It is a bit strange that a sizable chunk of the population can simultaneously support the TPP it while opposing a key part of it (ISDS). Unless perhaps it isn’t clear to everyone that the TPP is an “all or nothing” affair. I wonder if overall support will change as it dawns on people that there is no TPP without ISDS.

‘There’s strong support among voters for the Trans-Pacific Partnership…’

Quite remarkable bearing in mind that none of us knows what’s been agreed to. It’s akin to asking someone if they like the mystery object they’re yet to unwrap from the Lucky Dip.

Don’t you worry about that. Come Election Time when Australian Citizens have to decide whom they believe would be best for Australia, many of your questions will probably receive clear answers, even though the answers may not be what you’d like.

Just as I predicted after the coup, the Turdbull honeymoon is over in double quick time.
Not surprising, since none of the important issues have changed since the Turd arrived on the scene!
The election should be ALL ABOUT POLICIES, not who has the most expensive suit or can spin the best yarn!!

Abbott and Turnbull think that the electorate is stupid really as modelling in the US shows Australian GDP will grow 0.5 % over 10 years . In the meantime Australia surrenders its sovereignty via the ISDS clauses and the removal of health, safety, employment safeguards provisions, by harmonisation of regulation and the unversal accetance of mutual recognition clauses with countries with poor records in sanitary and photosanitary management, conditions of employment and my even not be signatories to any international conventions. The harmonisation has begun with Barnaby Joyce’s actions in reducing the capabilities of AQUIS; a much reduced and less transparent labelling regime both for ingedients and Country of Origin components thus allowing global sourcing. GMO based agriculture will become common as a result — EU consumers already demonstrating their concerns as both traditional IP is and historical practices will be disregarded and lost as a result of the equivalent agreement covering the US and EU. Why so much secrecy for so little economic gain, a preparedness to undermine democracy and undermine the rights of the consumer and the envionment in the pursuit of profit maximisation. Robb has destined Australia to a becoming a pawn for the self serving oligarchs of business to become the ” masters of the universe” and where elected governments are impotent to defend their own citizenry without the risk of litigation. Wake up — it is too late– I am afraid.