Whoever shot down MH17, Malaysia Airlines is to blame

MH17 was almost certainly shot down by a Russian surface-to-air missile. But it is Malaysia Airlines and Ukrainian air traffic control that made it a target. 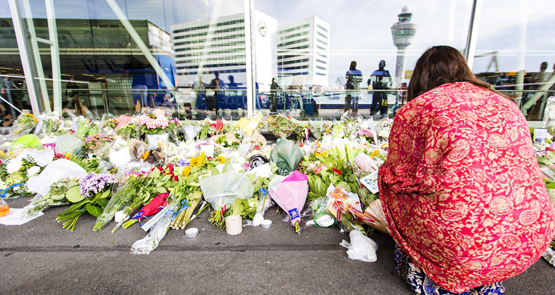 Tomorrow’s release of the Dutch investigation into the destruction of Malaysia Airlines flight MH17 over Ukraine in July 2014 is already setting off leaks and previews, but it should also raise the issue as to why a number of airlines were dicing with death by flying thousands of their passengers through manifestly unsafe airspace.

By far the most detailed and convincing identification of a Russian surface-to-air missile as the the weapon that destroyed the Boeing 777-200ER and all 298 people on board to yet appear has been from the Bellingcat group.

It is republished, obviously with copyright permission, in Business Insider UK.

Unless the aggrieved pro-Russian campaign against Bellingcat above all others can focus itself on a line-by-line refutation of the evidence assembled by that group, it is all over as to the physical cause of the disaster.

Had Russia admitted the circumstances of the shoot-down, some rather ferocious attention might by now have been paid to the appalling lack of judgement and responsibility on the part of airlines in accepting tainted advice from Eurocontrol and the Ukrainian airspace control management that if they flew at not less than 32,000 feet over parts of eastern Ukraine, they would be safe.

Airlines know full well that when a twin-engined airliner has an engine failure (rare, but they do occur) or a cabin depressurisation (less rare, and thus brought to every passenger’s attention in the flight safety briefing), the sustainable altitude of the jet is either reduced, or in the case of the oxygen masks popping, rapidly lowered so that the serious health risks of exposure to very low atmospheric pressure are mitigated within a matter of minutes.

Yet airlines like Malaysia Airlines, Air India and Singapore Airlines flew their jets over a war zone, knowing that either an engine failure or a cabin presssurisation crisis would cause them to descend to a much lower altitude.

They would end up in airspace where there was intermittently an air war as well as ground war underway between Russia backed separatists and Ukraine forces.

It was a massive act of ignorance or stupidity on the part of the airlines, Eurocontrol and the Ukraine air-traffic control to think it was safe to fly through such airspace. Or in the case of the Ukrainian economy, self-interest, since Ukraine was collecting north of several hundred million dollars a year in overflight fees from carriers that benefited from the shorter routes possible.

It seemed as though the concept of continually asking questions about the safety of airspace over areas of military hostilities had somehow died in airlines and organisations that held positions of trust.

In its draft report to interested parties, including Australia, the Dutch authorities made it clear that this issue of how the safety risks were or were not managed in controlled international airspace was of interest.

Whether that interest survived the International Civil Aviation Organization protocol whereby the parties to an air accident investigation are given a period in which to review and seek to amend a final accident report is unclear.

We should find out for sure on Tuesday.

Either way, it isn’t an issue that will go away, and will most likely, if the history of air crash litigation is a guide, result in claims against Malaysia Airlines and perhaps other organisations in a US court.