The power of secret bureaucracies that can’t abide democracy

Both the TPP and data retention have been delivered by unaccountable bureaucracies that fear scrutiny and democracy. 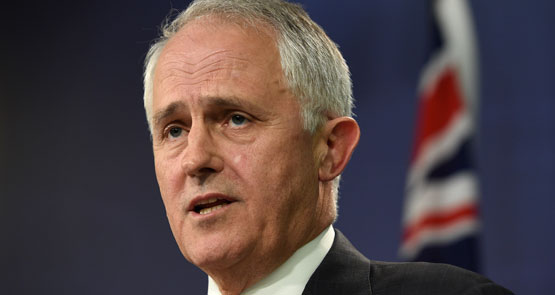 “I must record my very grave misgivings about the proposal. It seems to be heading in precisely the wrong direction. Surely as we reflect on the consequences of the digital shift from a default of forgetting to one of perpetual memory we should be seeking to restore as far as possible the individual’s right not simply to their privacy but to having the right to delete that which they have created in the same way as can be done in the analogue world. Now this data retention proposal is only the latest effort by the Gillard government to restrain freedom of speech …”   Malcolm Turnbull, Oct 8, 2012

“Existing powers and laws are not adequate to respond to this challenge … Simply put, investigations are failing. No responsible government can sit by while those who protect our community lose access to the tools they need to do the job. In the current threat environment in particular, we cannot let this problem get worse… this bill will allow regulations to prescribe a consistent, minimum set of records that service providers who provide services in Australia must keep for two years.” Malcolm Turnbull Oct 30, 2014

What happened to Malcolm Turnbull between 2012 and 2014 to transform him from an avowed opponent of data retention into the man who implemented it, from Spycatcher Malcolm to Mass Surveillance Malcolm?

Some things are obvious. All political parties that enter government discover positions adopted with confidence in opposition — like a commitment to transparency — are politically or financially problematic in government. And Turnbull, like his colleague George Brandis, who underwent a similar transmogrification from civil libertarian to fervent, if clueless, proponent of draconian laws, had to operate within the political reality of an Abbott government, with its agenda of hyping terrorism, expanding Australian military intervention in the Middle East and extending Australia’s already draconian counter-terrorism laws.

Signally, the last iteration of Tony Abbott’s barrel-bottom stunt legislation, the ineptly drafted citizenship bill, appears to have been placed on hold by Turnbull. As for data retention, however, that is scheduled to commence in full-blown mode tomorrow despite an incompetent implementation process by the Attorney-General’s Department (which helped itself to some of the inadequate funding set aside by the Abbott government for it).

In truth, though, the data retention process wasn’t led by politicians, but by national security bureaucrats, the clique of unelected and unaccountable officials who run the major security institutions in Australia — ASIO, the Australian Federal Polica, their portfolio department Attorney-General’s, and Australia’s other major security agencies, Australian Secret Intelligence Service and Australian Signals Directorate (which functions as the local office of the Five Eyes global surveillance grouping) along with a plethora of smaller agencies. These officials form a state within a state, more powerful and permanent than the passing political parade: that’s why data retention was pushed by such agencies whether Robert McClelland, Nicola Roxon, Mark Dreyfus or George Brandis was Attorney-General; failure under one was simply a prelude to a renewed effort under the next politician.

Coincidentally, as we enter a new era of Australian mass surveillance, the Trans Pacific Partnership is being debated after its finalisation last week. As has been the case all along, Australian curious to know what we have agreed to will learn more from Wikileaks, which has released the final text of the intellectual property chapter, than from their government: Andrew Robb says we can’t see the treaty yet because it has yet to be “translated”, a peculiar excuse for Australians given the existing drafts have all been in English.

In fact the TPP is the product of a similar “state within a state” process to the one that yielded data retention, but on a larger, international scale, involving trade officials and multinational corporations. The agreement is primarily the vehicle for the interests of those corporations, most of them US-based, which is why the IP chapter in effect imposes US law on another 11 countries on copyright matters. Those corporations have actually drafted large sections of the TPP text at the behest of US officials, who have acted as cyphers of US companies.

Consider the numerous parallels between the processes.

Bureaucrats, not politicians, as process drivers

The Trans-Pacific Partnership process began as a minor trade agreement between Singapore, Brunei, New Zealand and Chile before US officials took over the process at the end of the Bush administration and countries like Australia also joined. Negotiations, led by the same small group of Department of Foreign Affairs and Trade officials, have proceeded under multiple trade ministers in Australia and governments of both parties. Similarly, data retention has been driven by ASIO, AFP and AGD bureaucrats since at least 2008 (and probably earlier) under a variety of attorneys-general and both parties.

An obsessive regard for secrecy

The secrecy surrounding the TPP is now notorious. Even after the agreement was signed, the Department of Foreign Affairs and Trade won’t allow Australians to see the TPP text. Similarly, AGD preparations for data retention were conducted in remarkable secrecy, with industry sworn to confidentiality about consultations; companies have been threatened by bureaucrats if they reveal that they have an exemption from data retention requirements and the department refused to provide the Joint Committee on Intelligence and Security with key documents such as draft legislation, despite that committee specifically being asked to review a proposed data retention regime. Indeed, on the very eve of the commencement of the full-blown scheme, AGD still refuses to say what dataset it specifically wants service providers to retain.

Both AGD and DFAT have proven effective at absorbing oppositional politicians and transforming them into advocates for their own agendas. While Labor has criticised the secrecy of the TPP negotiation process and convinced the government to allow MPs where were willing to sign a confidentiality agreement brief access to the document, it never made available any drafts of the text while it was in government. Indeed, it was under Labor that the Anti-Counterfeiting Trade Agreement was negotiated by DFAT with the same Byzantine secrecy as the TPP — so much so it was criticised by a parliamentary committee (ACTA, which was another bid by the US copyright industry to impose its demands on the rest of the world, was never ratified). And the opposition of both Labor and Liberal politicians to data retention eventually gave way to support.

Hostility to independent or parliamentary scrutiny

Critically, the TPP won’t be the subject of independent analysis by the Productivity Commission to determine whether the claims made by DFAT about the agreement stand up; only DFAT itself will be permitted to analyse the agreement. Indeed, DFAT is hostile to the PC, which has repeatedly noted that “free trade agreements” generate only modest economic benefits and come with considerable negatives for Australia. Similarly, beyond refusing to co-operate with the Joint Committee on Intelligence and Security, AGD has misled estimates committees, repeatedly altering its evidence about its process for pursuing data retention and its officials have simply refused to answer questions about the flawed evidentiary basis of data retention

The internet as danger

The IP chapter of the TPP is predicated on defining the internet as a lawless domain that must be controlled to protect the US copyright industry; the US Electronic Freedom Foundation called the TPP “one of the worst global threats to the internet”. Data retention policy similarly sees the internet as a dangerous development that has undermined the traditional power over communications enjoyed by security agencies, one that threatens to send them “dark”. And “rampant use of the internet, the democratisation of communication” allows, in the words of the former head of ASIO, “unfettered ideas and information” to radicalise people.

“You’re looking for a balance,” Trade Minister Andrew Robb about the TPP, arguing that concessions in some areas by Australia would be offset by gains in other areas. The concept of balance is important to TPP spruikers, who argue that whatever negatives might arise from it for individual countries and individual industries, overall everyone will be better off. “Balance” is also central to the spruiking of data retention. It’s a balancing act, Nicola Roxon said, between protecting privacy and ensuring security. “I think we’ve found the right balance,” Turnbull said of the laws he introduced. “It’s a matter of getting the balance right,” said Bill Shorten in justification of Labor rolling over on the issue.

In both cases the concept of “balance” is meaningless. Apart from individual wins for major industries in areas like copyright, the TPP’s establishment of a investor-state dispute settlement mechanism is a major advance for multinational corporations, which will be able to challenge public policy across a wide range of areas in pro-corporate private fora. And data retention dramatically swings the spurious “balance” of freedom versus security — already heavily tilted toward the latter — further away from individual freedom, with even some of the “balancing” aspects of the legislation, such as a reduction in the agencies that can access data without a warrant, already being undermined. “Balance” is instead a fig leaf for dramatic extensions of power.

Both the TPP and data retention are the product of unaccountable, state-within-state bureaucracies that seek to operate behind closed doors with minimal parliamentary accountability and a fierce resentment of independent scrutiny, with the aim of handing greater power to themselves and their key stakeholders. They see democracy as at best an inconvenience and, more realistically, a threat: both identify the democratisation of communication via the internet as a danger to be fought with the most draconian laws possible.

How the metadata war was won: the seven tactics of the security elite

Truly a “Grand Mal”?
And TTIP … anyone? Why haven’t we heard much on that – who’s the biggest winner in both that and the TPP?

Isn’t the inevitable conclusion of your argument that we no longer have a functioning democracy?

Either the conspiracy theory that a shady elite controls global affairs is true or lobby groups are ruthlessly effective.

I suppose this is all Labor’s fault as well???

Thanks to BK – that one is a keeper in case it is ever redacted, even (or especially?) by Crikey so it is going into my Word cache.
Too pefect an elucidation to attempt to add any comment.
Well DONE!
And yes, CML, it IS Labor’s fault (though ‘fault/responsibility’ can only be applied to a sentient organism, which it has long ceased to be)in that they began this process, even strengthened it under Dreyfus, once STB a ‘human rights’ activist! Terribly seductive, that feel of the soft green lesthert under the arse. Apparently.