Will paywalls ever be enough to replace the rivers of gold? 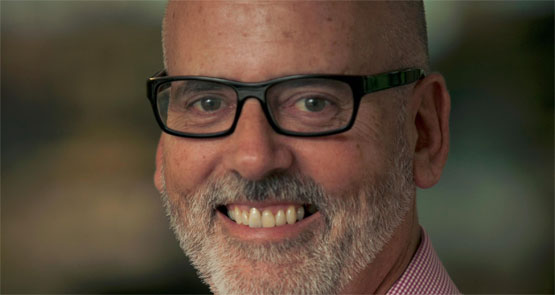 “But it’s not growing. It’s not the saviour. It’s not going to make $200 million or $500 million to replace the classifieds. It was never going to be the silver bullet.”

The Age and The Sydney Morning Herald are two of the few publications to disclose paywall figures to the Audit Bureau of Circulation. After Fairfax introduced paywalls for both metro sites in mid-2013, a core group of readers quickly signed up. But from December 2013 onwards, very few extra readers signed on, and quarter-on-quarter, the figures sometimes dipped. Neither masthead has been able to get far above 130,000 subscribers — and many of these subscribers are on very low rates. Both mastheads operate soft paywalls, where readers can read several articles a month for free before being asked to pay up, at which point they can choose to do so or, if they’re savvy, clear their browser history and start the count again. Holden said the paywalls were “deliberately porous”.

Holden’s comments come after a recent Essential survey found 67% of those polled had no intention of paying for online news and analysis under any circumstances. Globally, high-brow national publishers like Fairfax are finding it difficult to convert large numbers of readers to their paywalls. The search for a way to replace the classifieds rivers of gold has taken several twists and turns in recent years, and for mainstream publishers, paywalls are increasingly being loosened.

Asked if there was a silver bullet to the problem facing companies like Fairfax, Holden said mo. “Either you have a trust, so you can lose money and stay alive, or you have a very wealthy owner,” Holden said, making digs, presumably, at The Guardian, whose Australian editor-in-chief Emily Wilson was also on the panel, and Australia’s other high-brow mainstream title, The Australian, which is subsidised by the rest of Rupert Murdoch’s News Corp.

Lacking such natural advantages, charging boldly into the future was Fairfax’s only hope, Holden says.

“We know what’s happening. The big pot is contracting and moving to digital. If we don’t do digital as well, we won’t be around in 10 years’ time. Companies who think they can survive by sticking their head in the print sand will find that the pot will boil, and it won’t be a great place to be.”

But the digital focus has risks, and Fairfax’s current strategy, particularly its practice of chasing page views, came in for some criticism the next day from one of its own journalists, Ross Gittins.

The economics editor of The Sydney Morning Herald used his lunch-time address at New News on Friday to say the focus on “digital first” publication, aimed at keeping Fairfax’s websites highly trafficked, had resulted in Fairfax increasingly moving into the breaking news game. This chase was one that risked the very thing that made Fairfax’s publications unique — their high-brow, considered, contextual coverage that attracted a wealthy, educated audience highly valued by advertisers.

Gittins said he was doubtful this focus would be enough to secure Fairfax’s future financially. “Plan A”, as he called Fairfax’s current strategy, “doesn’t leverage a serious news provider’s brand reputation”. And a focus on speed, he added, might discourage people from subscribing.

“Another advantage of an AB audience” — what advertisers call the wealthiest segments of the population — “is these people are well able to afford a digital subscription should they judge the service we offer to be of sufficient value to them. If we simply maximise clicks that offer breaking news that’s faster and better than our competitors, why would this be something many people would be willing to pay for?”

Gittins is an advocate of what he describes as Plan B, which would have newspapers like the SMH exploit their natural monopolies and strengths through extensive local coverage and highly specialised and contextual coverage of topic areas like politics, business, health, the arts and ideas.

Asked why he thought Fairfax was reluctant to pursue this strategy, he said his bosses were obsessed with key performance indicators. “If you give digital editors the KPI of maximising clicks, that’s all they’ll do. I understand how measurement affects mentality. Measurements are very, very powerful. Humans like very simple measures of how well things are going.

“When you give people KPIs, they will achieve those KPIs, and by cannibalising all other dimensions you were hoping they’d worry about as well.”

Media briefs: forget 18C … sharing the spoils … all is forgiven …

Who would pay for that Fairfax rubbish which seems to be mostly spruiking real estate. I have an Apple Mac and can browse without cookies so they are fucked.