Australia tries to offload asylum seekers to yet another poor neighbour

Australia courts the Philippines in the latest twist of its "can't somebody else do it?" approach to asylum seekers. 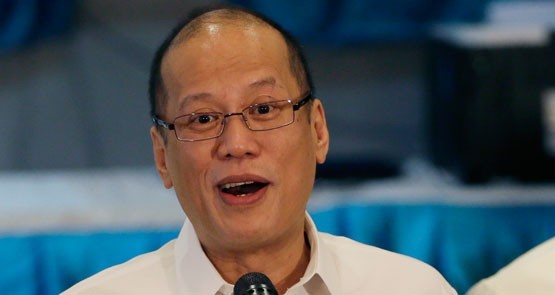 Of all the countries in south-east Asia, the Philippines arguably has a stronger natural affinity with Australia that most. It’s largely Christian — mainly Roman Catholic thanks to the influence of its Spanish colonial masters — and its population is the most English literate in the region, thanks to its second wave of colonists from the United States.

But for various reasons — starting with the kleptocractic dictatorship of the Marcos years and recent dud presidents such as the corrupt actor Joseph Estrada, and Gloria Arroyo — the country has been somewhat forgotten, as Australia has turned its attention to Singapore, Indonesia, Malaysia, Thailand, even Vietnam.

That’s now changing quickly, with discussions well under way for a strategic partnership agreement (SPA) between the two countries.

At the centre of those discussion are a rapidly developing military relationship, increased trade and, most lately, high-level discussions over how the Philippines can help relieve Australia of its legal obligations under the 1951 UN Refugee Convention.

Now a deal has emerged for Australia to send refugees from Papua New Guinea’s remote Manus Island detention centre to the archipelago nation, which has a population of about 100 million. This deal has already been agreed to at ministerial level between the two countries and is now awaiting sign-off from Philippines President Benigno Aquino, who has publicly been wary about taking in refugees. As usual, Australia has taken the carrot-and-stick approach, with its chequebook out to the tune of about $150 million over five years.

This deal, unlike the misbegotten Cambodia deal to take refugees from Nauru, is very much a Department of Foreign Affairs and Trade deal rather than Immigration, with Australia’s Ambassador for People Smuggling Issues, Andrew Goledzinowski, the chief negotiator. This suggests strong links with the SPA, insiders in both countries have said.

While some aid agencies are understood to be opposed to the deal, other refugee advocates have welcomed it as a better solution than Manus Island.

“If the Philippines were to agree to take the 936 men from Manus Island, I would be pleased. I would prefer that they were brought to Australia, but neither the Coalition nor Labor is much interested in that solution,” Australian Catholic University law professor Frank Brennan told Crikey.

Apart from Australia and New Zealand, the Philippines is one of only four countries in Asia and the Pacific to have signed the UN treaty and is widely seen to have adhered to its principles far better than it smaller neighbours PNG, Nauru and Cambodia — a country that has recently returned Christian Montagnard asylum seekers to Vietnam, where they are persecuted.

The Cambodian deal remains very much alive, despite some erroneous press reports quoting Cambodian officials with no purview over the arrangement.

In fact, Crikey understands that about half a dozen Cambodian officials, including a departmental chief, are due to arrive in Canberra today for training purposes. But the fact remains that only six people are reported to have taken up the offer, and one is already headed back from Phnom Penh to his home country, Myanmar, and at least two more are agitating to leave. Refugee experts in Cambodia say the country is only ever used as a halfway house for refugees who land there, biding their time until an offer arrives from a third country (Canada is popular), or until they can return home. Quite why Australian taxpayers should be stumping up for such arrangements is perplexing.

The planned refugees deal comes as Australia is rapidly ramping up its military relationship with the Philippines that formally dates back to a 1995 memorandum of understanding, when the two countries agreed to work together for the purposes of  joint maritime exercises and counter-terrorism training.

Apart from the United States, Australia is the only other country to have a “status of visiting forces” agreement with the Philippines, which wishes to add Japan to that list sometime soon. This underscores the developing Pacific alliance around the US. Other players in this are Taiwan and Thailand, at present, with the unspoken but clear aim of countering China’s rising aggression and outrageous maritime territorial claims. Next week, a second round of joint exercises will be held with the Philippines’ armed forces, following an initial round in Perth during September.

In recent years a much stronger business relationship has begun to take root between Australia and the Philippines, highlighted by the opening of two casinos by James Packer’s Asian joint venture Melco Crown. Australian telecoms groups and banks have been building up their call centre facilities in the country, too.

Right now the Philippine economy has the strongest growth of any big economies in the region. It’s the No. 5 economy in the Association of South East Asian Nations, which, on December 31, will launch its ambitious Economic Community (as unprepared as many of its members are for such a grouping).

Still, for all its promise — tempered, of course, by its endemic corruption — the Philippines is a developing and far poorer nation than Australia.

Once again, Australia has decided that part of the price of a better relationship with us wealthy folk is to help us wash our hands of our refugee obligations.

The attitude in Canberra remains:  why would one do the job oneself, when you can just pay a man?

Given the coal shoulder

I guess if one didn’t want to write about how the Philippines is looking at working with Australia to implement the latter’s “legal obligations under the 1951 UN Refugee Convention”, your quaint description of the event would be a useful distraction, Michael.

Department of Foreign Affairs and Trade? So, are selling them or giving them away with a cash incentive, in return for…? Either way, sounds a lot like trafficking.

I’ve been to many Philippine Islands. The further you get away from Manila, the thinner and poorer are the people. This is not a country with a lot of fat around the middle. My guess is that a few a***holes will take Australian money and then these refugees will be left alone to starve.

We’re the richest country in the region and we palm off our refugee responsibilities onto the poorest (and most easily threatened) countries in our region. Why aren’t we feeling ashamed of our actions?

Zeke, since you’re not embarrassed by your poor analyses, why would Australian Citizens accept YOUR prejudices, especially in as much as if you’re genuinely concerned, there’s nothing stopping you giving funds and organising collections for whatever YOU deem a noble cause, is there.

This great country of ours has already made most of them wish they’d drowned…and what’s worse is that this was the intent of a policy that tried to hide it’s cruelty behind the opposite…makes you proud doesn’t it..