Tony Jones can rest easy -- The Verdict was appalling, and very few people watched it. Plus other media tidbits of the day.

The verdict on The Verdict. Nine’s The Verdict last night was a big failure. Terrible TV, possibly the worst this year. Q&A has nothing to fear, nor Tony Jones. Tony Abbott would have loved The Verdict because it was like him — built on the false premise that simplistic argument is discussion. The program got 717,000 national viewers — 523,000 in the metros, just 195,000 in the regionals. It was beaten by Gogglebox on Ten, which you hope just might have tuned in to The Verdict for next week’s episode of that program. Karl Stefanovic needs to stay in his breakfast gig (where Lisa Wilkinson saves him every morning). Karl is not the new version of Ray Martin, Andrew Denton, Tony Jones, Sarah Henderson or Virginia Trioli. They are in a class of their own as hosts and communicators. There are a couple of members of The Chaser who could have done Karl’s job last night and done it better. But he wasn’t the sole reason it flopped — it was the format, so many talking heads, no interaction with the audience until the end, the presence of Mark Latham and a couple of guests who made sense, then disappeared. As to the set, the colours were all wrong. That was an execution problem by Nine and its management. Will the next four episodes go to air? — Glenn Dyer

Content marketing and other nightmares. Young journalists have been told to get over their cynicism about native advertising, as it’s one of the few ways for them to stay in work in a declining and ever-contracting media sector.

“It’s really in your interests as writers not to be cynical about this,” Broadsheet editor Tim Fisher told a crowd of mostly young journalists and journalism students at the New News conference in Melbourne. “If you embrace its challenges with an open mind, you’re always, always, always going to be in work, if you can do that well.”

Fisher acknowledged it might not be exactly what journalists wanted to do with their lives, but Steph Harmon, the editor of Junkee, said that wasn’t necessarily the case. She said many of the pieces commissioned as native advertising or “content marketing” were pieces she wished she had the budget to commission anyway. “We pay triple [for native] than we do for editorial. You could find both a living, and creative fulfilment, if you find the best brand and the best outlet to do it for.”

She nominated “Why We Travel“, a creative piece written by Sam Cooney for Junkee, which was produced for Contiki Travel. She said Junkee‘s editorial budget could never have covered the long-form, extensively reported and produced piece.

Content marketing, where brands pay for what looks like editorial content that depicts their brand in a certain way (but doesn’t directly sell a product), is one of the few advertising channels booming for smaller online media players. Fisher said that provided it was clearly marked, readers were more forgiving of it than you might expect.

“They know they’re getting your work for free. They understand websites need to pay writers and staff somehow. But those stories have to work twice as hard as normal stories. You have to put something your audience is interested in, while shoehorning the brand objectives into a piece the brand would be willing to pay for.

“What keeps me awake at night is the concern someone will read through one of our native stories and think, ‘Why is Broadsheet publishing this?.’ Then they’ll get to the bottom and realise it’s an ad.” — Myriam Robin

Changing of the guard. The long-standing general manager of Melbourne community TV station C31 is stepping down at the end of the year, saying he felt like it was the right time to do so.

Richard McLelland has been general manager of the station for six years, as well as the secretary of the Australian Community Television Alliance. His departure comes at a critical time for the sector, as it negotiates the impending loss of access to the free-to-air TV spectrum in 2016 or earlier. As Crikey reported in August, the Department of Communications offered community TV sectors an extra year on the airwaves (to the end of 2016), if they meet certain requirements, which included no longer campaigning for access to the free-to-air spectrum and taking steps to have online streaming models in place by the end of the year.

Channel 31 intends to take up the government’s offer (which expires October 31). “That offer means we’ll have 15 months to develop an online streaming model while still having free-to-air,” McLelland tells Crikey. “That’s what we’ve been asking for all along.”

Asked what this new model will entail, McLelland lists a whole raft of elements, including a website capable of playing catch-up and streaming video, the development of a media hub for community video producers to seek technical expertise and advice, and live production and coverage of local events. Asked if the station intends to charge for access to these facilities to help meet its costs, McLelland says it does not: it intends to maintain “the values of community broadcasting”. The station has been developing a relationship with Youtube, and has consultancies from two digital video agencies helping it set things up.

When Crikey spoke to McLelland last year about the shock announcement of the impending loss of spectrum, he was angry the sector hadn’t received advanced warning of the announcement to prepare. He’s more hopeful now. Of his decision to leave, he said: “It hasn’t been an easy decision — you invest a great deal of yourself in an organisation such as this. But think it’s the right decision.” — Myriam Robin

Video of the day. Go and see “Reward Mitchell”  … 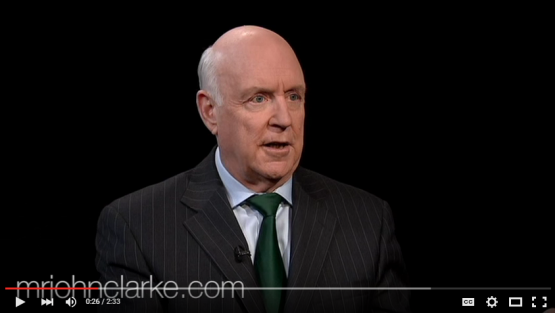 The Verdict? “Is that Flushing Puce on your pig?”