Labor takes another step to a new world on infrastructure spending

Labor's new infrastructure policy takes a further step away from traditional political infrastructure decision-making toward commercial investment and (say it softly) even pricing. 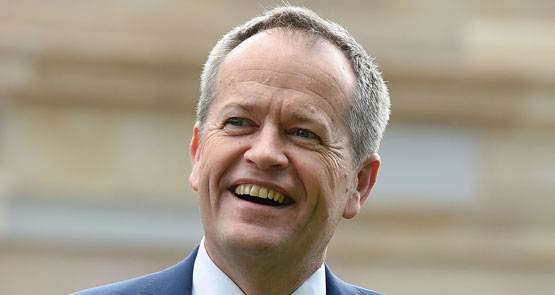 Shorten’s speech centres on a significant new role for Infrastructure Australia, the infrastructure investment assessment body established by Anthony Albanese under the Rudd government, which has lain fallow for most of the last two years while the Coalition (ostensibly) retooled it.

Under Labor’s plan, Infrastructure Australia would administer a $10 billion investment fund that would invest in infrastructure projects via several mechanisms — loan guarantees, loans or  equity investment — and then sell its interests once a project was underway, with the intention of earning a commercial return. The model, plainly, is the Clean Energy Finance Corporation, established by the Gillard government, which has been successfully investing in renewable energy projects despite the Coalition’s efforts to shut it down. The long-term goal is that IA would become, in effect, self-funding with its commercial returns, and would oversea a long-term “pipeline” of projects (presumably Labor is deliberately using the word the Reserve Bank and the International Monetary Fund have called for in their comments on infrastructure).

Labor has identified a number of projects, including a rail link to the Badgerys Creek airport in Sydney, the Melbourne Metro, the Cross River Rail project in Brisbane, the Midland Highway in Tasmania and the electrification of the Gawler Line in Adelaide, that will be priorities under the new process. However, if those projects don’t meet IA’s assessment for commercial viability, they will fall out of that process — although they may still be funded under more traditional government grants programs.

IA will not be completely independent — ministers will still have the final say on projects, but Labor has committed to transparency of the business cases for each project, meaning political interference in IA’s investment selection process will be clear.

Labor’s policy is significant for a number of reasons. Shorten is upfront that traditional grants programs for infrastructure investment aren’t going to be enough to drive sufficient infrastructure projects, and that leveraging private sector investment is therefore crucial. That view in itself is hardly new — governments have been saying for 20 years that they need to encourage private investment in infrastructure, but there’s a sorry trail of poor forecasts, unused tunnels and failed build–own–operate–transfer schemes that show how unsuccessful they’ve been in delivering that. But former treasurer Joe Hockey developed an answer that Labor lacked: his asset recycling program, where by the proceeds from privatisation by state governments were used to leverage more investment in infrastructure elsewhere. Now Labor has its own, commercially driven policy response to the challenge of delivering private sector investment.

It’s also an evolutionary step in the establishment of Infrastructure Australia as not merely a potent policy force in infrastructure but a significant operator itself in the market. Shorten compares it to the Reserve Bank, a little inappropriately, because the RBA is entirely independent of government, but between the commitment (which still has to be implemented) to greater transparency and its own investment mandate, this is a significant step away from traditional political infrastructure funding arrangements.

The other significance is more subtle and (perhaps deliberately) undiscussed by Shorten: by aiming for a commercial return, the $10 billion fund will prioritise projects that generate revenue streams. Pricing is the great problems of infrastructure policy when it comes to publicly used projects, and especially roads — and one of the key reasons why previous efforts to leverage private investment have struggled. IA will gravitate towards projects that charge users — of which Australia needs many more, although the financial mechanisms that IA will have at its disposal like loan guarantees also mean other projects with less obvious revenue streams may also fit the investment mandate.

One other thing that’s interesting about Shorten’s speech: it’s almost entirely devoid of criticism of the Coalition, despite taking its cue from the collapse in infrastructure investment under Tony Abbott. Indeed, it barely mentions the government. In the new, less combative atmosphere of the Turnbull era, that’s wise from Labor. Their best chance of competing with Turnbull is on policy, and this is a significant addition.

Labor need to keep rolling stuff like this out.

Much large-scale infrastructure has many postive externalities – e.g. a tunnel may reduce travel times for non-users. The difficulty comes when the users (who are a subset of the beneficiaries) are required to pay the full costs.

Then to make the asset self-supporting it needs to be turned into a monopoly of some sort, e.g. by closing alternative roads.

I would have thought we have enough experience now to move past specious arguments about the private sector having due recognition of the public interest.

For example many towns in Germany are buying back the public water providers. Experience wins over theory – eventually.

Infrastructure – Yay.
However the way Albanese on RN this morning was spruiking paying for it, with the universally discreditted PPI – nay, Nay, a thousand times NAY!

This is good news but surely 10 billion won’t go far unless we get the cheap Chinese labour to build things. Oh hang on the Libs have got that sorted with the free trade agreement.
Silly, racist me.