Are asylum seekers on Nauru being detained? The Australian government is trying to argue they can come and go as they please. 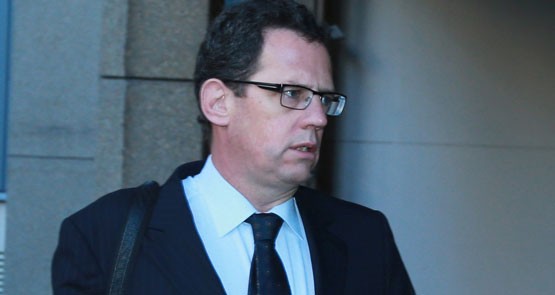 Yesterday the High Court sat for the first of the two days of hearings into the case of a Bangladeshi asylum seeker fighting against being returned to the Nauru detention centre. The Human Rights Law Centre, acting on behalf of the woman, is challenging whether it is constitutional for the government to send people from Australia to a foreign country to be detained in centres funded and, effectively, controlled by the Australian government.

The Solicitor-General of Australia, Justin Gleeson, yesterday made the exact argument that if the woman were to be returned to Nauru, she would no longer be forced to stay in the detention centre

“The visa condition now requires residence in the centre but does not contain any restraints on liberty. You now know it is a 24-hour open access centre. Now, on no meaningful view could that be described as detention,” Gleeson said.

Chief Justice Robert French asked why being required to reside in a place would not be considered detention, but Gleeson said asylum seekers would not be forced to stay in the centre:

“It simply means that so far as you have a residence, now that the ‘remain’ conditions have gone, to say you must reside there it simply says, ‘That is your designated place of residence in Nauru.’ Because it is said to be 24-hour open access, come and go, it does not mean you have to return there at night. You may, but you do not have to sleep there at night.”

Gleeson said that the woman could leave the island as she wished, but that it was ultimately a matter for the Nauruan government:

“It may be that the permission has not been expanded to allow her to leave the island, so if she wished to leave the island she would face the other laws of Nauru … But as to what those laws are, we do not currently know whether there is in fact a prohibition upon leaving the island, should there be somewhere else she wishes to go. It has always been the position that she could voluntarily leave the island.”

“When one goes down to the day-to-day operation of the centre as a detention centre, that joint endeavour becomes an Australian endeavour. So at the top level we accept Nauru’s sovereignty and Nauru’s laws govern the centre and those laws impose the requirement of detention.”

Many of the roles in the centre, including operational manager and program co-ordinator, are appointed by the government of Australia, Merkel pointed out to the court.

Merkel has argued that the operational manager makes the rules of the centre, including searching people coming into and going out of the centre, and that asylum seekers cannot leave the centre without approval from an authorised officer or the operational manager. The $3000 visa paid by the Australian government to Nauru on behalf of the asylum seeker to reside in Nauru is effectively putting them into detention, he said.

The second and final day of hearings is underway today.

This is just such utterly awful, slimy , disingenuous crap.

It’s Nauru’s only paying industry and it’s being discussed at our High Court like its a boarding kennel.. where’s the moral argument..?

The government seems to think that we and the courts are stupid.

If ever there were an argument for the inquisitorial over the adversarial legal system this would be Exhibit A.
Never mind the Truth, the latter depends on who is the most persuasive, regardless of merit.
And some pretend to wonder why lawyers are held in such low regard.

During my far off school days when we were given detention there was no debate or quibbling about what it may or may not be. Back in that era the meaning of the word didn’t alter from one week to the next.