Are tweets part of a story? Are they journalism or advertising? The Hockey-Fairfax case opens a whole new can of worms for journalists in the digital age. 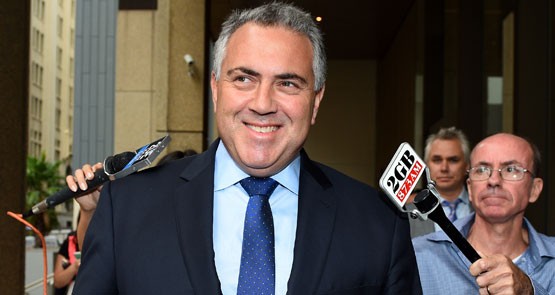 Digital publishers and social media users more broadly have entered a period of high-risk publication, as the implications of Joe Hockey’s partially successful defamation case against Fairfax over its “Treasurer for sale” stories filters through the legal fraternity.

As Crikey noted at the time, the article itself was not found to be defamatory, but two of Fairfax’s tweets were. The tweets pointed to the stories, and they used the now-infamous “Treasurer for sale” wording, which was also the headline of the newspaper article. The judge found that, in the print editions, the article provided full context for the phrase “Treasurer for sale”, and meant the phrase was not defamatory. This was in keeping with previous defamation law principles, which allow a headline to be more strident than a story — provided both sides are represented fairly and accurately in the full story.

But the tweets were stripped of context, and read in isolation, according to the judgment — even though the tweets contained URLs linking to the full article. The judgment argued that most people who saw the tweets would not have clicked through to read the article — and thus get the full context — and so would have assumed a defamatory imputation without the full story to give them a more nuanced understanding.

Fairfax decided in August not to appeal the decision, so the treatment of social media in defamation cases is unlikely to be challenged in the immediate future. Defamation lawyers tell Crikey it’d be a foolish lawyer who didn’t include the tweets around a story in a plaintiff’s case, given the Hockey ruling now suggests there may be a much lower bar to getting a judgment in the plaintiff’s favour by using tweets or other promotional material. Given most defamation cases are settled long before trial, this could result in larger payouts, with potentially few of them coming to light.

University of Sydney professor and defamation expert David Rolph says issues of whether promotional or teaser treatments of stories should be treated as a new publication or not for the purposes of defamation law predate social media. “There are cases that have occurred in the past where you’ve had, for example, an article on the front page referring to a further article on the fourth page. Are they separate matters, or the same matter?

“So it’s a permutation of an existing problem. And it’s not entirely clear how courts will deal with it in the future.”

The Hockey case was only heard by a single judge of the Federal Court, so it’s possible a different judge would treat tweets differently, says barrister Geoff Holland. “[But] I think you’ll find judges in district courts dealing with defamation matters will tend to follow the lead … It does carry a great deal of authority with it, but it certainly doesn’t give the conclusive outcome we would have had if, for example, the matter went to the High Court.”

Cases like this show the continuing gaps in how defamation law deals with the internet. But Holland is sceptical of whether the issue should be left up to the courts in the first place. “You don’t want to develop either a law, or have courts developing legal principles that are either irrelevant or that develop negative implications with new technologies. We really need to have a look at things like this as part of a broader review of defamation law.

“It’s been 10 years since defamation laws had a full review. And there’s been so much to consider since then.”

Myriam, if anything can be done to limit the intellectually-cancerous effects of twitter, it would have to be a plus, wouldn’t it.

The bean-counter decision, cheaper to pay than appeal, is a very bad (lack of) principle.
In the UK this led to Carter-Fuck, Barristers-to-the-Boorish, to terrorise most of the meeja (though not Private Eye for decades until it metastised into the obscenity of ‘super injunctions’.
As Leventy demonstrated, anyone who chooses to litigate over their reputation is a fool, but this is a baleful precedent.
After all, jurisprudnce is almost entirely based of precedence, rather than new or original thought.

I am more concerned about the intellectual cancerous effects of the people who troll various websites comments and other internet services. Don’t blame the technology. Deal with the people who don’t respect others… and don’t have the courage to use their real names.

Dean, that’s as good a summary of the issue as any on Crikey, but one must accept that Crikey isn’t all that fussed about backing reasoned arguments, is it.