You can’t pick and choose which opiates to ban

Crikey readers discuss the codeine crack-down and other issues of the day.

Bruce Graham writes: Re. “The unaccountable pencil-pushers who want you to suffer more pain” (Friday). Codeine is a problematic drug, and the whole question of how to regulate opiates is problematic too. Bernard Keane’s tirade is understandable, but only half informed. Codeine is a problem because it is a pro drug with variable metabolism. The active agent is actually morphine, which is produced by metabolism in the liver.  Some unknown portion of the worlds population are either ‘slow’ metabolisers, who effectively get no benefit at all from codeine, or ‘fast’ metabolisers, who get an excess (and sometimes dangerous) effect. “Slow” metabolisers carry a genetic variant which arose in Scandinavia and was spread by vikings. “Fast” metabolisers are known to exist in East Africa. In Britain, deaths have been attributed to accidental opiate overdose caused by this excessive effect. Oddly, there seems to be very little data regarding the remaining three quarters of the worlds population.

Codeine, alone among opiates, was allowed over the counter in small doses precisely because these doses were thought ( cynically, perhaps) to be ineffective.  It is now clear that far from being safely ineffective in low dose, it is (quite uncommonly, to be sure) sometimes fatal. None of this matters to all who have used codeine and survived. You know how much of an effect it had on you. Like alcohol, you can use it responsibly. Or not, since like alcohol, it makes some people feel good, and some of those use to much and injure themselves.

The “problem of codeine” is just a small part of the “problem of opiates”.  Opiates do not remove the sensation of pain, they alter its perception. They make pain less important, and they make sufferers of pain less unhappy. They also make some (but not all) people feel good in a way which — depending on context — can be quite addictive.  They are widely used, but do little good for chronic pain. Habituation is rapid, meaning that the worsening of pain on cessation is actually a withdrawal effect, and the pain suffered with opiates is ultimately no lesser than the pain that would be suffered without. Opiates are especially ineffective when assessed on the basis of “functional outcome”:  Are you more likely to do stuff if you take an opiate pain killer? There is an endless opportunity to debate what our goal in treating pain actually is. More production? More happiness? Is a drug which makes you happier but drowsier better or worse?

There is a détente between law enforcement and the medical community.  Law enforcement has “bad” drugs of addiction, like heroin. Medicine has ‘good’ painkillers, like fentanyl.  These two drugs are not enough different for the community to care. But we are allowed to prescribe one, and they are allowed to jail people for the other. “Heroin” was once a trade name.  The drug you give to heros. It was marketed as a treatment for morphine addiction. It is prescribed by its chemical name in the UK: Diacetyl morphine.  Diamorph. Through the middle comes oxycodone. Less variable effects than codeine or oral morphine, so in that sense a better drug to promote. Active uptake into the brain gives a faster onset than morphine, so patients like it better. But that is the problem. People like taking it.  “Hillbilly heroin” , they call it in the press. So law enforcement is looking over our medical fence and threatening to bring in a bulldozer. Doctors can prescribe for pain, but pleasure is the domain of the police.

This is what has happened:  Codeine has problems. It should be replaced. But there is no political stomach or community pressure to decrease restriction on oxycodone, which is a more reliable and predictable drug, with similar spectrum. It would probably be possible to create a low dose oxycodone/paracetemol combined preparation, but nobody is trying and it would not get regulatory approval anywhere in the world.

So it is over to you, Mr Keane.  Should we restrict opiates at all?  If so, which ones, and how? If you think the answers are simple, you do not understand the question.

Jock Webb writes: Re. “Give us our codeine” (yesterday). Well put, Joe Boswell and Helen Robertson. This really is becoming absurd. Today a report was quoted in the SMH that deaths by 2009 from codeine were 8.8 per million. Since then, it has become somewhat harder to buy, so I wonder what the figures are today? This is quite similar to US deaths from paracetamol from a decade or so ago. I also wonder how many of the victims were partly due to paracetamol or ibuprofen, given that you can’t actually buy codeine itself. There was also the amazing statistic that codeine was the most widely used opioid. Given that nearly all the others are illegal, that is amazing! I wonder what the agenda is here. Interestingly I could find no data for deaths in Australia from paracetamol. Meanwhile, my back is sore from a fall and I need to go and take some chemist own codeine/paracetamol. I wonder what I’ll do in the brave new world. I suppose go the GP every 5 minutes to lower the cost of Medicare.

Turnbull and the Muslim community

Jeff Ash writes: Re. “Malcolm turns over a new leaf on Muslim relations, but it needs work” (yesterday).  I usually find Shakira Hussein’s articles to be balanced and well thought out. Today’s effort less so. I think Big Mal deserves a pat on the back for the about face on Abbott’s shrill dog-whistle stance on Muslim vilification for political gain. He’s been in the job two weeks Shakira – some perspective perhaps?

Glen Frost writes: Re: “Razer: sick to death of Mental As platitudes“. I disagree with this article 100%. The ABC is to be commended for covering the issue of mental health. It’s not an easy issue, and most people’s knowledge on the subject is minimal. The conversation has to start somewhere and the ABC is doing a great job of providing the oxygen for that; Razer’s points may well resonate for people in the sector with detailed knowledge of the issues, but sniping at the one national broadcaster who is covering the issue is pointless. 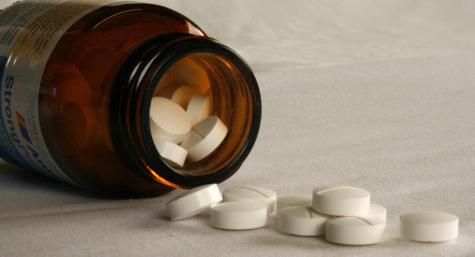 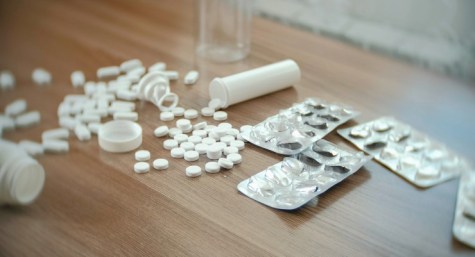 Will new rules force doctors to wake up to pill addiction? 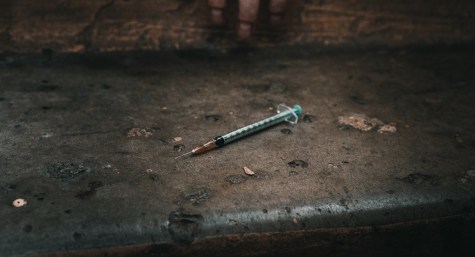