Promised 'safeguards' on ISDS in the Trans-Pacific Partnership should be rejected by Labor until the Productivity Commission is tasked with an independent analysis of the deal. 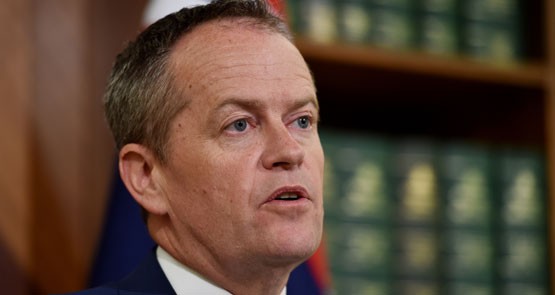 Australia’s endorsement of the Trans-Pacific Partnership will depend on whether Bill Shorten and Labor are prepared to put actions to their words. With the Greens opposed and crossbenchers unlikely to be enthused by what appears to be a tepid agreement with few clear benefits for Australia, Malcolm Turnbull’s government will depend on Labor caving to its demands for support of the agreement.

Labor’s position is unclear at this point, as it should be: Labor has been unable to see the document. On the initiative of Labor’s Penny Wong, the government allowed parliamentarians who were willing to agree to extraordinary confidentiality requirements to see (as in, just see) a draft of the TPP earlier this year. It will apparently be at least a month before the text is available — this morning DFAT refused to provide any certainty about when a copy would be available. Once the text is available, it will be submitted for an inquiry by the Joint Standing Committee on Treaties, which has just lost its chair, Wyatt Roy, to the Turnbull ministry (a replacement is still being decided). The text will be submitted with a so-called “national interest analysis”, which is prepared by the same area of DFAT that negotiates the treaties, and which can thus be regarded as spin and fiction rather than critical analysis.

As yet there is no sign from the government that it is willing to subject the TPP and its own over-the-top claims about the benefits of the deal to any sort of independent analysis, despite the Productivity Commission outlining a process whereby it could complete a full assessment in about four months — and it is unlikely the US Congress will be able to ratify the treaty in that amount of time. JSCOT — which in the past has criticised the absurd secrecy with which DFAT conducts trade negotiations — could demonstrate its real value if it insisted on a PC assessment of the TPP before it finalised its report.

What we do know about the treaty — via the Americans, because DFAT hasn’t deigned to provide any detail about the TPP beyond a “highlights” package — is that investor-state dispute settlement provisions form a key part of it. At its national conference earlier this year, Labor committed to continuing its existing policy of not having ISDS provisions in trade agreements, and to review ISDS provisions in existing agreements with the goal of removing them, in consultation with treaty partners.

As Crikey has outlined in detail, ISDS mechanisms, which allowed transnational companies to sue governments for any public policy measure that costs them money, are an expensive assault on sovereignty. Even the Productivity Commission has expressed serious concerns about these mechanisms in its complaints about preferential trade agreements and the TPP.

The TPP agreement on ISDS appears to seek to address some of the concerns about  investor-state dispute settlement provisions. The US summary refers to “strong safeguards to prevent abusive and frivolous claims”. These include:

Importantly, there is a carve-out for governments “to regulate in the public interest, including on health, safety, and environmental protection”, which would mean the kind of vexatious ISDS cases brought by Philip Morris against Australia over plain packaging would be prevented.

How these “safeguards” actually work, and whether they’re safeguards at all, however, depends on the text. And it’s clear that taxation will not be protected from ISDS suits, meaning if Australia undertook serious efforts to prevent multinationals avoiding tax, they could be thwarted via a lawsuit from a multinational corporation.

But ISDS is just one pseudo-judicial imposition in the TPP. There’s also a separate disputes settlement process between signatories. And many of the safeguards attaching to ISDS are missing from that process. While the US trade representative summary makes much of the public nature of the dispute resolution mechanism, in fact much of it can be kept out of sight by the agreement of the parties, and there’s no guarantee that submissions by outside parties will be considered. There are no carve-outs for health, safety or the environment and no mechanisms to deal with vexatious or frivolous suits.

Under a strict reading of its own platform regarding ISDS, Labor shouldn’t be supporting the TPP. At the very least, it should use the JSCOT process to demand a proper analysis of the costs and benefits of the treaty, preferably by the Productivity Commission. Only then should it be deciding whether to back this secret deal.

“to regulate in the public interest, including on health, safety, and environmental protection”

” it’s clear that taxation will not be protected”

There is only one certainty with these agreements, they will benefit the wealthy corporations. And to achieve that someone else will have to pay whether that be our taxes, health or the environment.

Beyond belief, not just the stupidity of many aspects, ISDS simply being the most glaring and understanable by anyone, but the blatant refusal to be open about WHY!

I repeat the gist of what I said yesterday – this ‘agreement’ borders on treason, and the Labor Party should do all in it’s power to prevent the loss of our sovereignty which appears to be embedded in the detail of what little we know about this document.
Simply, the LNP have sold us out to the rich and powerful.
And for once, AR, I agree with you – it is “Beyond belief”!

CML – don’t be so modest, you are often right, ie agree with me.
However you do have some blind spots such as Greens, gumBoil Shlernt, xenophobia, etc.