Like many other foreign banks who have made the push into China, ANZ, banking insiders said, built up its loan book fast. 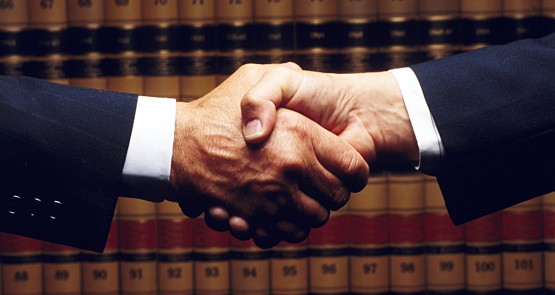 If anyone should understand billions of dollars in debt, it is Australia’s freshly minted Prime Minister, Malcolm Turnbull. Not because he is Prime Minister, but because he was once an investment banker, a profession that gets paid a fortune to help corporations raise money.

In recent years, with the price of money (debt) at all-times lows — interest rates in much of the West have been zero for some time — corporations have loaded up merrily on debt.

The justification for the vast swathes of corporate debt now weighing so heavily on the global financial system — so much so that is starting to crack under its weight — was predicated on a brighter future as piles of money were printed by central banks in the West … and China.

In Australia, of course, it’s the mining sector — where huge licks of capital are required to build new mines — where the problem is. Because in the three to five years or so it takes to build new capacity, prices can change dramatically. This is where we are now.

Just how nervous global financial markets are about debt in a commodities sector that has clearly not hit its nadir was on display on September 28, when shares in Glencore — not so long ago the world’s fourth-largest diversified mining group — lost a stunning 30% in one day. It followed nothing more than a statement from the company saying, effectively, she’ll be right, mate.

The company recovered the value back in the next two days of trading. Of course, anyone who has been through a cycle or two might question such a statement, especially anyone in Australia who has witnessed the serial public denials of companies like Allco or Babcock & Brown that, really, we should all move along because there was nothing to see here.

Funnily enough, when the soothing platitudes from chief executives and other stupendously paid colleagues finally stopped mesmerising their complicit boosters in investment banking and brokerage, passers-by did stop to take a look and found mountains of debt with no credible plans for its repayment.

And in a flash they were gone. And while shareholders lost their shirts, typically, the executives who had presided over gold medal-winning value destruction kept their fast cars and beach-side homes.

There is, of course, no surer sign of deep concerns about the level of debt than when the share prices of the banks that lend all that money come under pressure. In Australia the property boom has ramped up lending. However, now the boom has almost certainly peaked, banks are beginning to see larger numbers of late loan payments, bad loan provisions are also rising, and credit growth also looks to have peaked.

So it’s hardly a surprise that Crikey has learned in recent weeks that US hedge funds have taken a strong interest in short positions in Australian banks: that is, they are betting that the share prices of Australia’s big banks will keep falling.

The quick-smart timing of ANZ chief executive Mike Smith’s exit may just prove to be impeccable. Smith has proven himself to be an unusually adventurous chief executive in terms of Australian corporations, and has established the bank in range of Asian countries, including China, Hong Kong, Taiwan, Singapore, Malaysia and even south-east Asia’s great frontier market, Myanmar.

Like many other foreign banks that have made the push into China, ANZ, banking insiders said, built up its loan book fast — and loose, given there’s not so much choice in China, where corporate information runs the gamut from light through opaque to outright porky pies. China’s entire banking system is finally starting to admit that the percentage of non-performing loans is on the rise — and that is just the billions on balance sheet. The great copycats in the Middle Kingdom have foolishly taken a pre-GFC leaf from the book of their global peers and stuffed countless loans in off-balance-sheet vehicles.

From the perspective of both ANZ and Australia as a whole, it’s not just China, but the Association of South East Asian Nations that needs attention. When ASEAN nations’ trade figures are combined, this body represents Australia’s No. 2 trade partner.

ASEAN’s biggest economies, Indonesia, Thailand and Malaysia, are all in very deep trouble. Thailand’s problems pre-date this year — and ANZ only secured its official banking licence and began operations in June. Thailand’s manufactured exports contracted by 4% last month, plus the country’s GDP projections by the Bank of Thailand continue to be re-forecast lower. Indonesia in particular is a resource-dependent economy like Australia — as is Malaysia.

Lower demand from China, along with petty protectionist policies of resource self-sufficiency, is pummelling the Indonesian economy and currency. Malaysian markets have sent Indonesia’s currency plummeting as its major export, oil, finds new lows. Just how big of a dent this will put in ANZ’s financial position is unclear, but market confidence in its Asian strategy has come off the boil; but that’s not much different to its competitors’ looming debt problems in Australia.

The financing of the property bubble must come back to roost..its a smoke and mirrors ponzi scheme writ large..