Saving Peppa's bacon. And other media tidbits of the day.

Yesterday’s Oz contained pointed criticisms of Scipione in the media diary column, for refusing to collaborate early witness statements and for playing down the terrorism aspect by saying the incident was being treated as a murder by homicide and was thus being investigated by the homicide squad. His failure to do things like confirm the gunman’s age or his description of the shooter as having worn trousers and a flowing top (as opposed to “robes” as an eyewitness had described it) meant he was “evasive to the point of misleading the media on basic facts,” media editor Sharri Markson wrote.

Asked to respond to this, a NSW Police spokesman said the police commissioner spoke to the media only four hours after the shooting (just before 9pm), and was “entirely accurate in everything he said”.

“Homicide was leading the investigation, Counter Terrorism Command was supporting that investigation — he had not ruled out terrorism and had an open mind on that subject. His description of the clothes was accurate and he used the word targeted to ‘indicate’ that the victim was shot in a deliberate action.”

Asked if the commissioner had been uncharacteristically vague, the spokesman responded, “absolutely not”:

“The Police Commissioner spoke to media several hours after the shooting speaking of what was known and verified at that point — hardly worthy of the accusation. When the commissioner spoke, very little was known and what little information was available required detailed examination by investigators. The identity of the gunman had not been established, let alone his motives being understood. The Commissioner stuck to the facts that were known.”

“The media conference was conducted little more than four hours after the shooting. It is incumbent on police to deal with the known and verifiable facts at that point. This media conference was no different to any other in that regard. Police have a responsibility to be factual and not speculate.

“The Commissioner did another media conference approximately 12 hours later (10.15am Saturday morning) where further information that was verified was revealed, such as the age of the gunman, that his identity was known and that the event was terrorism linked.”

The spokesman added that no media organisations had complained to him about the briefing. “And usually if people are unhappy they’re quick to tell me.” — Myriam Robin

Peppa Pig is safe. With the TPP being signed this morning, pressure is continuing on the text of the deal to be released. There have been relatively few facts confirmed by those negotiating it about what’s in or out of the potentially momentous agreement, but it’s worth pointing out one of the few things confirmed by the department is good news for public broadcasters.

In July, a memorandum on state-owned enterprises (SOEs) was leaked that showed the TPP would require them to act commercially. If this were to apply to public broadcasters, it could affect things like content, specifically decisions to broadcast in non-“commercial” areas like local news or children’s programming.

But the Department of Foreign Affairs and Trade assured Crikey in July that public broadcasters would not be considered state-owned enterprises for the purposes of the agreement.

“Commercial considerations is a concept aimed at ensuring an SOE’s decisions around purchases and sales are based on considerations such as price, quality, availability and other factors ordinarily taken into account by privately owned enterprises in the relevant industry,” a spokesperson said, but added that it wouldn’t apply to the public broadcasters, or to state-owned enterprises at a state and territory level. — Myriam Robin

Today, in the news. Front-page stories on The Age‘s website this morning … 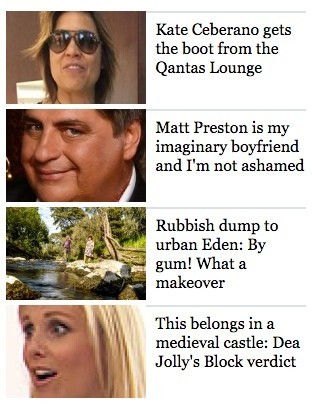 Intriguingly, the Matt Preston yarn is a link to a Huffington Post Australia story. HuffPo‘s traffic was down a third, year-on-year, in the latest Nielsen rankings, but links from Fairfax’s most popular websites will help that.

How Australian police departments help cop shows look legitimate. Across Australia, police are happy to lend out gear and uniforms in return for getting to read a script, reports news.com.au.

It’s easy to get millennials to pay for content. Just not for news. That’s the finding of a new survey of 1000 young Americans, reported on in NiemanLab.

Front page of the day. The Kardashians grace the cover of Cosmopolitian to celebrate its 50th anniversary … 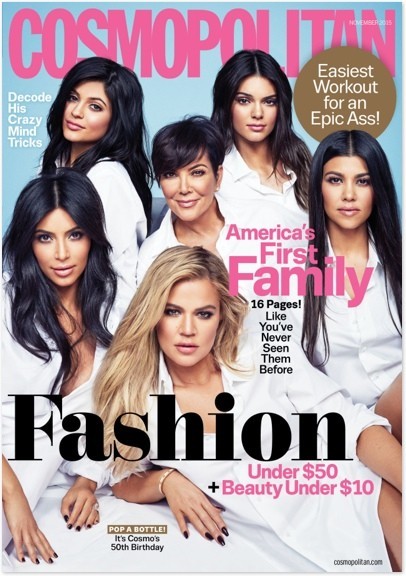 I think I’ve only read one HuffPo AU article…