How much of our sovereignty have we signed away? We’ll have to wait and see

Will Australians still be allowed to get around geo-blocking software? Will our copyright laws have to change? The Trans-Pacific Partnership has wide-ranging effects on Australian law. 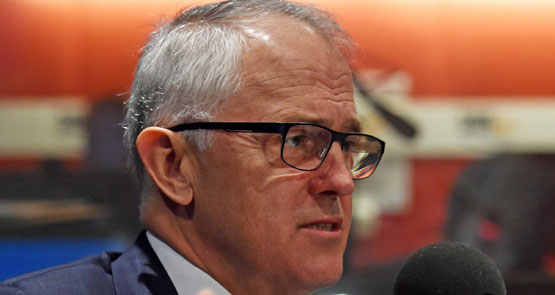 Prime Minister Malcolm Turnbull has insisted that Australian law will not need to be changed in order to comply with the Trans-Pacific Partnership agreement signed overnight, but on the surface, there are a number of incompatibilities with Australian law today.

The agreement, signed between Australia, the US, Canada, Japan, Malaysia, Mexico, Peru, Vietnam, Brunei, Chile, New Zealand, and Singapore overnight is comprised of 30 chapters covering numerous sectors of the economy. While much of the focus will be on the investor-state dispute clauses, as covered by my colleague Bernard Keane, a significant component of the deal relates to intellectual property law, e-commerce and telecommunications.

So far we only have to go on what the governments of the participating countries will tell us, because the text will not be made public for a month at least. Canada and the United States appear to have the most information, while Australia’s own department is relying on its old mid-negotiation website for the information it is releasing today.

On intellectual property, Turnbull has said that laws in Australia are already consistent with the TPP agreement. This is true for the reported author’s life + 70 years copyright term said to be part of the deal. Australia already signed away this copyright term as part of the Australia-US Free Trade Agreement. It is something that the Australian Digital Alliance has noted has resulted in no new works entering into the public domain in the last 10 years, and none will for another 10 years. The devil will be, as the cliche goes, in the detail. Although the agreement is consistent with current copyright law, the government has yet to respond to the Australian Law Reform Commission’s recommendation that, among other things, Australia implement a fair use exception for copyright.

Fair use is a defence for copyright infringement already enshrined in US law that allows use of copyrighted works for purposes of criticism, comment, news reporting, teaching and research, without it being considered an infringement. Attorney-General George Brandis has indicated in the past he is not in favour of a fair use exception — along with most rights holders, but the disruptive technology companies, like Google, that Turnbull is so fond of have been long calling for the introduction of fair use. It is unclear at this stage whether a fair use exception would now be inconsistent with the TPP agreement.

The Productivity Commission is also currently reviewing Australia’s intellectual property system, and it is unclear now how limited that review will be as a result of the new trade agreement.

One of the major concerns during the negotiations was that the TPP agreement would require Australia to implement a three-strikes copyright notice scheme, which it has been attempting and failing to come to an agreement on for the past year. The Canadian summary mentions that the agreement reflects Canada’s system of “notice-on-notice” for ISPs where users are issued with notices when found to be hosting or sharing infringing content online. The Canadian summary also states that the TPP agreement protects and enforces technological protection measures to prevent circumvention of rights management.

This is usually related to digital protection measures for music and video files — for example how iTunes protects music files — but could potentially be used to crack down on Australians bypassing geoblocking for services such as Hulu that don’t currently operate in Australia. In the past Turnbull has admitted that it is not against the law for Australians to bypass geoblocks.

The Canadian summary also mentions, broadly, that rights holders will be able to “seek redress where their rights have been violated across the TPP region”. Although redress does exist in Australian law, it is unclear at this point what redress the TPP agreement will entail.

Another matter likely to get companies like Google riled up is that consistent with Australian law, under the TPP, ISPs are offered safe harbour protections for copyright infringement — meaning they are not liable for their users’ copyright infringement subject to meeting a few standard obligations. Companies like Google have been arguing that this should also be extended to internet companies such as Google so they are protected from not only their users’ infringement but all incidental infringement that happens just by the very nature of how online companies operate. In a submission to an inquiry on the government’s piracy site-blocking legislation, Google stated:

“The lack of a safe harbour for online service providers is also a serious impediment to the growth of Australia’s digital economy. Common activities –­ transmitting data, caching, hosting, and referring users to an online location — are not covered by the scheme.”

The electronic commerce chapter is summarised as setting out rules for TPP countries to facilitate economic growth and trade opportunities in e-commerce. This is achieved by requiring signatory countries to not impose restrictions on the flow of trade or data between the countries. While much of the e-commerce chapter is likely to be uncontroversial, an interesting provision around where data is hosted is likely to cause headaches for governments looking to protect their citizens’ data.

“The 12 Parties also agree not to require that TPP companies build data centers to store data as a condition for operating in a TPP market,” the US summary states.

The Canadian summary says that governments of TPP countries are prevented from requiring the use of local servers for data storage. In theory this sounds simple enough. It means a company like Google will not be required to store the emails of every Australian using Gmail in a server in Australia. But without major carve-outs for certain types of data, it could be in breach of some Australian law. For example, the law for Australia’s e-health record system requires that operators keep the records in Australia. Where data was held has also been a major concern for the past few years, given the US Patriot Act could force US-based companies such as Amazon to hand over data to US authorities.

Another interesting implication for Australia is the chapter on state-owned enterprises. The Canadian summary states that the signatory countries have committed to be fair state-owned enterprise competition without undue advantages from government owners. This presents an interesting challenge for the government-owned NBN. The company rolling out Australia’s national broadband network does have, enshrined in legislation, competitive advantages in the broadband market, such as preventing competitors from jumping in and undercutting NBN in competitive areas.

Much of the uncertainty around the deal could be cleared up if DFAT followed its US and Canadian counterparts and released its own summary in the context of the Australian law, or indeed if the full text of the agreement were released. Until then we only have the platitudes of government leaders keen to sell the new agreement to go on, and given the long controversial history of the TPP agreement, that is not all that comforting.

I once asked a roads engineer how he set speed limits on local roads. He said he put out a meter to measure how fast were the cars and set the limit so that 80% of traffic was already within the speed limit.

Applying this to law generally, there is little point in legislating too far from what the population sees as common sense.

Copyright law is well beyond what that population thinks fair, and as such will be ignored wherever practical.

More generally if this trade agreement is too far from what is acceptable then next government will find various means for reducing its impact.

Surely this copyright aspect (just one of an overall far more insidious rip-off) is just a desperate rear guard action of the buggy-whip makers du jour?
Leave the dead to bury the dying – give me bandwidth or give me death!

I wonder if, having signed this agreement, we have also signed away our right to withdraw from it if we so wish, at some time in the future?

If we have then the only recourse we, the Australian people, will have to restore democracy in this country will be to follow the example of Mahatma Ghandi and practice mass civil disobedience.