Tim Blair takes aim at his least favourite publications. And other media tidbits of the day.

Caution slammed. As news filtered out of last Friday’s shooting at a Parramatta police station, many media outlets explicitly stated the incident was not terror-related in early coverage, despite some witness accounts suggesting it was.

In The Daily Telegraph, however, columnist Tim Blair takes aim at the “love media” (as some have taken to calling the ABC, Fairfax, The Guardian and other more liberal-left outlets). Here he is on The Guardian:

“This newsworthy line was deliberately omitted from the Guardian‘s online coverage, presumably because the murderer’s clothing may have hinted at a certain unmentionable faith. “I won’t go into reports about what the man identified by eyewitnesses as carrying a gun was wearing or what he looked like,” the Guardian‘s Calla Wahlquist decreed, which is an unusual approach to journalism.”

“In more than one report, Fairfax described the killer shouting ‘religious slogans’. Seriously. In the US, the Daily Caller’s Jim Treacher took a shot at guessing what those slogans could have been. ‘Merry Christmas? Mazel tov? May the force be with yous?’.”

This caution was, it’s worth noting, strongly encouraged by police, with NSW Police Commissioner Andrew Scipione taking care to use neutral, non-specific language in early media briefings. Though this has also come in for criticism. The Oz‘s media diary described his conference as “evasive to the point of misleading”. — Myriam Robin

To name or not to name. US media outlets are debating about whether or not to name gun-shooting offenders following the Oregon school massacre. Some, including local police sheriff John Hanlin, argued removing the name of the offenders could both obliterate their memory and deny the offenders the notoriety or perverted glory they hoped to gain through their crimes. It’s a suggestion that’s been endorsed by both Fox News, and other outlets like CNN have not shown the gunman’s face, and very rarely said his name. A public campaign called “No Notoriety”, founded nine months ago, is extolling the media to stay firm on not giving mass shooters the spotlight they claim.

But there is pushback. TalkingPointsMemo editor Josh Marshall said the refusal to name the offenders was “transforming into a purported symbol of action and defiance”, but was a distraction from the real issue, which was the growing scourge of mass gun violence in America. Those who opposed efforts to regulate gun purchases, he said, were hoping such token efforts would allow people to feel like they were doing something, while not addressing the core problem. — Crikey intern Sunny Liu

Video of the day. Hillary Clinton gets a second job … 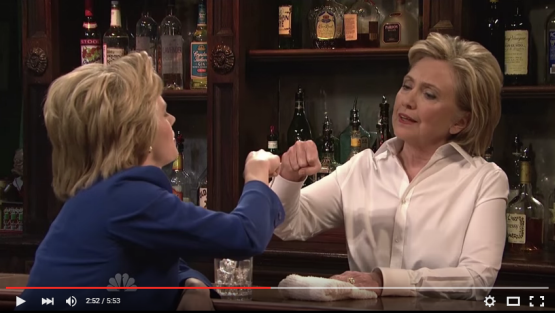 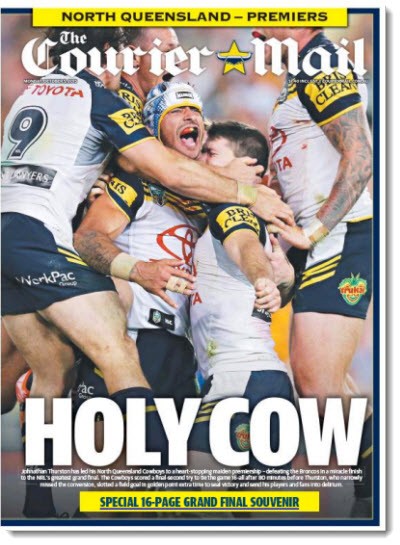 I don’t know if it’s comforting or not, that so many of Limited News seemed (from their accounts of “what really happened”:other’s accounts) to have actually been there when the shooting happened?

As for “No Notoriety” – wouldn’t it be good if our media could hold itself in, to do the same – rather than doing the heavy lifting PR for these “glory seekers” – selling ad space on the back of such acts?

Heaven help Australia if ever the emotively blinkered denizens of Crikey Land and their ilk fool enough voters to elect Governments which attempt to implement the National Suicidal Policies found here.

There had been an almost total obliteration of the perpetrator of the Port Arthur massacre, at least until a couple of weeks ago.
I would endorse such unpersoning of killers if they are still alive but, once dead, it seems a bit like Shrub promising “..to get tough on suicide bombers..” during his banal reign.