Against Corbyn and Turnbull, the right rages on cultural, not economic, grounds

The things that really drive right-wing hostility are cultural. 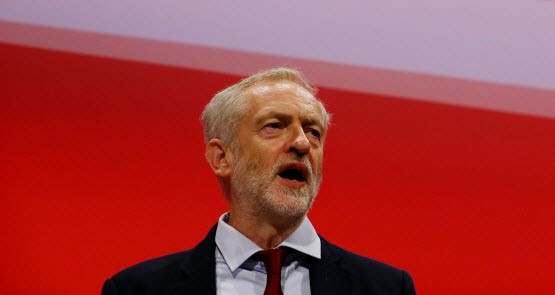 The great and good all warned members of Britain’s Labour Party that it would be committing electoral suicide if it elected veteran left-winger Jeremy Corbyn as leader. But Labour paid no attention (Tony Blair’s admonitions seemed so obviously counter-productive that some of us suspected he was secretly on the Corbyn payroll), and Corbyn won with a crushing 59.5% on the first ballot against three opponents.

With little preparation time, he faced the party’s annual conference in Brighton last week. On most accounts, he did reasonably well; the activist base loves him, and while the fears of his parliamentary colleagues have certainly not gone away, it wasn’t the fiasco that some commentary would have led you to expect.

The conference endorsed some of Corbyn’s signature policy positions, including nationalisation of the railways. But it deferred taking a position on the future of Trident, Britain’s nuclear weapons system, of which Corbyn is a long-standing opponent.

So it was not particularly surprising that a BBC interviewer thought to ask him whether, if elected prime minister, he would ever press the nuclear button. He said “no”. Several members of his own shadow cabinet promptly attacked him for pre-empting the party’s decision and weakening the country’s defence posture; the Tories, of course, gleefully joined in.

In the saner regions of the media, Corbyn’s remarks were treated as little more than stating the obvious. Simon Jenkins in The Guardian called Trident “a great hunk of useless weaponry” and described the reaction of Corbyn’s critics as “astonishing”. Ian Bell in Glasgow’s Herald headlined a column with “When did willingness to commit mass murder become sensible politics?”

But it was an interesting revelation of the priorities of Britain’s political right. Despite the prevalence of terms like “socialist” in the public debate, the actual economic policies of Corbyn and his supporters seem to arouse relatively little controversy: the idea of re-nationalising the railways goes mostly without comment, despite the fact that, outside, it’s 2015, not 1945.

The things that really drive right-wing hostility are cultural, like Corbyn’s legendary failure to sing the words to the national anthem. And now his obstinate refusal to endorse a ruinously expensive missile system that, for all its uselessness in any actual defence situation, has become totemic for the political establishment.

In Australia, also, we have recently had a political party taken over by a leader whom many of the loudest media voices regard as a dangerous left-winger. And although the differences between Corbyn and Prime Minister Malcolm Turnbull are large and obvious, there’s something of the same dynamic going on among their critics.

Although they are happy to use “socialist” as a bogey word (which at least, in Corbyn’s case, is broadly accurate, if ludicrously inapplicable to Turnbull), the critics don’t want to talk about economics. Just as Corbyn has “betrayed” the Blairite “modernisation” of Labour — whose fruits turned out to be social control and military adventurism — Turnbull has betrayed the “movement” conservatism that John Howard and Tony Abbott had brought to the ascendancy in the Liberal Party.

Many commentators still describe Howard and Abbott as “free marketeers” (or that rubbery term “neoliberal”), but the more acute ones have worked out that the real issues are quite different. Mike Seccombe in The Saturday Paper points to the loss of influence of groups like the Institute of Public Affairs but notes, correctly, that climate denialism rather than economic policy is at the top of their agenda. Instead, it’s actually Turnbull who is talking about things like removing distortions in the tax system. But as I said last month, “when someone like Turnbull embraces free-market policies, it not only fails to mollify the hard right; it actually enrages them more. They see it as stealing their clothes, and cannot admit (even to themselves) that their real uniform is quite different.”

No one will ever pick Jeremy Corbyn as a free marketeer. But on the evidence so far, there’s equally little care for freedom among his critics. 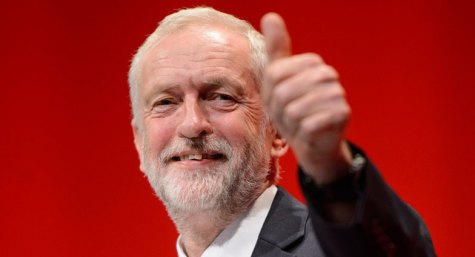 Whilst in many cases you may be correct in asserting “The things that really drive right-wing hostility are cultural”, surely you’re aware that this is true also true of left-wing hostility, aren’t you.

The main points of neo-liberalism include:

THE RULE OF THE MARKET. Liberating “free” enterprise or private enterprise from any bonds imposed by the government (the state) no matter how much social damage this causes. Greater openness to international trade and investment, as in NAFTA. Reduce wages by de-unionizing workers and eliminating workers’ rights that had been won over many years of struggle. No more price controls. All in all, total freedom of movement for capital, goods and services. To convince us this is good for us, they say “an unregulated market is the best way to increase economic growth, which will ultimately benefit everyone.” It’s like Reagan’s “supply-side” and “trickle-down” economics — but somehow the wealth didn’t trickle down very much.

CUTTING PUBLIC EXPENDITURE FOR SOCIAL SERVICES like education and health care. REDUCING THE SAFETY-NET FOR THE POOR, and even maintenance of roads, bridges, water supply — again in the name of reducing government’s role. Of course, they don’t oppose government subsidies and tax benefits for business.

DEREGULATION. Reduce government regulation of everything that could diminsh profits, including protecting the environmentand safety on the job.

PRIVATIZATION. Sell state-owned enterprises, goods and services to private investors. This includes banks, key industries, railroads, toll highways, electricity, schools, hospitals and even fresh water. Although usually done in the name of greater efficiency, which is often needed, privatization has mainly had the effect of concentrating wealth even more in a few hands and making the public pay even more for its needs.

ELIMINATING THE CONCEPT OF “THE PUBLIC GOOD” or “COMMUNITY” and replacing it with “individual responsibility.” Pressuring the poorest people in a society to find solutions to their lack of health care, education and social security all by themselves — then blaming them, if they fail, as “lazy.”

The main points of neo-liberalism include:

Important to note is that most of these are also enthusiastically practiced by Labor, in action if not always in voice.

Heck, even the Greens have drunk a little of the Koolaid in the last decade.

Neoliberalism is an insidious cancer that has nearly destroyed the western world. Thatcher and Reagan have a lot to answer for.

Thanks John – I think that’s a good summary of what a lot of people mean by neo-liberal. Some of the reasons why I called it “rubbery” are already apparent – for example, you say “Of course, they don’t oppose government subsidies and tax benefits for business.” But people who actually believe in the free market (of whom I am one) do oppose those things – so do they count as neo-liberals or not?

Similarly with privatisation, where you say although greater efficiency “is often needed”, it has “mainly had the effect of concentrating wealth even more in a few hands and making the public pay even more”. But why is that? Could it be because most actual privatisations have been designed to benefit business rather than consumers, effectively privatising profits but socialising losses? Do both count as neo-liberal, or only one?

Put briefly, I think the term is rubbery because it equivocates between “belief in a genuine free market” and “belief in a system rigged in favor of business”, or between liberal capitalism and crony capitalism.

But people who actually believe in the free market (of whom I am one) do oppose those things – so do they count as neo-liberals or not?

No, that would be an anarchist.

The only actual free markets are the ones without rules. As soon as you have rules – laws – you don’t have a free market, you have a regulated one. At which point it becomes a discussion about the scope and scale of regulation, not about whether or not regulation should exist.

Markets are effective when they are *competitive*. This generally requires significant oversight to reign in the greedy, selfish, psychopaths who tend to float to the surface, from their more destructive tendencies.

Put briefly, I think the term is rubbery because it equivocates between “belief in a genuine free market” and “belief in a system rigged in favor of business”, or between liberal capitalism and crony capitalism.

I don’t think it equivocates at all. It is clearly in favour of the latter, while paying lip service to the former.