Australia's settings on guns have proved to be right, and the only person who can communicate that to his fellow right-wingers is, I hate to say it, John Howard. 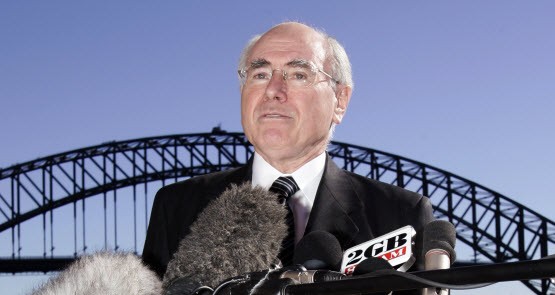 Still across the border in Windsor, Canada, where the idea of thinking about one’s safety on the street is ridiculous, your correspondent came back to the Days Inn, turned on CNN from across the river, to see that there had been another gun massacre in the US. Oregon this time, at least 10 dead at a community college just south of Portland, another seven injured, with the possibility that more will die of their wounds. The shooter, killed by police, was a 20-year-old male.

There are various reports: that he invaded classrooms, made people stand up and say their religion and then shot them down, that he posted various plans on 4Chan, and was egged on by other posters, but not much more than that. An hour later, President Barack Obama appeared on all channels to give a press conference of visible anger, pointing out that he had done this many times before, that he would probably do it again, that most gun owners agree with the sort of laws — mandatory background checks, and a few other things — that the NRA fights tooth-and-nail against, and that they should put pressure on their representatives and their congresspeople.

But of course there is no chance of anything happening. The NRA’s power is monumental, the Congress is rock solid, and Chief Justice John Roberts’ Supreme Court has taken a particularly open interpretation of the second amendment as regards gun-control laws. People who agree with “background checks” in one survey will agree that “they’re trying to take our guns” in another, and on it goes.

Despite the claim by the SCOTUS majority that it is simply interpreting the original intent of the drafters of the Second Amendment, the laws are absurd. Semi-automatics that load like machine guns are fine, but, for example, over-the-shoulder rocket launchers are banned. Why? Because the founders didn’t anticipate the latter — so it does not count as a form of “arms” one has the right to bear — but a rifle that can load 700 rounds a minute is analogous to a front-loading musket. This is political ouija-boardism disguised as constitutionality.

This dilemma is for the people of America to work out, and good luck to them. They have a dual problem: the sheer plethora of firearms, together with a political-cultural framework that has pumped atomisation, isolation and a notion of winner-and-loser values to unparalleled status among a class of mostly young, white men (there are few Hispanic random shooters, and almost no black ones). In Bowling For Columbine, Michael Moore pointed to the paradox that Canada had, if not as many firearms as the US, quite a lot of them, but only one massacre a decade, if that. Why the divergence? Moore put it down to the political divergence, that Canada was a social democratic society with a stronger sense of social solidarity with strangers who were fellow citizens. It is wounded white men who often specify women, “political correctness” etc as the cause of their woes. But notably, they usually don’t target such groups specifically. The massacre is a general one, against society a a whole.

But it has soared well beyond that since then. The numbers of guns have soared in the US, and so too has the atomisation. All advanced societies have become frighteningly isolated for all but a privileged elite, but the US has become a wasteland of dead burbs, dead malls, online shopping and chatrooms. The paradox is that such a society needs more gun control, not less, while it sorts itself out. It’s the countries with responsible gun control systems, such as Sweden, that, culturally, have far less need for them. When there are massacres — such as two in two years in Finland — they don’t start a chain. Or they are acts of focused terrorism such as Anders Breivik’s right-wing attack on left-wing students at Utoya.

In that respect, Australia is more like the US than it is like Canada. Massacres tend to occur in settler-capitalist societies, because massacre is simply encoded in the history — the more brutal the process, the more likely an extended aftermath. In the ’80s and ’90s, we were starting to head towards one massacre a year, with the “firecracker effect” taking over, one massacre kindling the next. Then Port Arthur, and then gun control — an all-party effort, but led by John Howard, against his own right. And no massacres — no truly random ones — since. No parallel process, of similar cultures, Australia and the US, could have been clearer — taking gun numbers down, and certain types of gun out of circulation. With gun numbers remorselessly rising, and with Senator David Leyonhjelm doing deals to get fast-loading shotguns made legal, we will get our next new massacre in the future, and the cycle will begin again.

In the interim, two proposals: the first is that one of the few people who could really talk to the American right about gun numbers and massacres and what makes a difference is … John Howard. His status in the US, among a certain coterie, is — one shudders to admit it, but it’s true — only just below that of Churchill. He’s the leader they wanted Dubya to be. Someone like David Frum, or anyone else on the right keen on gun control, should organise a speaking tour of the US. And Howard should do it, if he cares as much about the US as he claims to. Sometimes harsh truths are the currency of friendship. Whether he would have the courage to go against many of the slavering lunatics who constitute his fanbase.

The second is that there is going to have to be some pre-emptive campaign around gun control at home, targeted against the Leyonhjelms et al, and driving a wedge between those people who are of the right, but who nevertheless look on the American situation with horror. The gun lobby in Australia has nothing like the power of the US lobby, and most of its most public figures are distinctly odd and unappealing individuals. Indeed, the strongest argument against such a campaign is that it may give these people credibility that they don’t have.

And I’m no proponent of a gun-free society — the state shouldn’t have a monopoly on such means of violence. But our settings are right, and have been proved to be so. It may be time for a high-profile campaign to remind people of the bullets we have dodged over the past two decades, and what that has meant for our society. Gun massacres don’t kill anything like the number of people killed by car accidents or other means. Yet the effect on the whole society is demoralising in the extreme, turns the whole of public space into an armed camp, and drives people further inward to private existence. Canada doesn’t have it, and it is a not significant part of a fundamentally different mood either side of the border. We don’t have it, we don’t want it, and we should push back hard against the possibility of it. 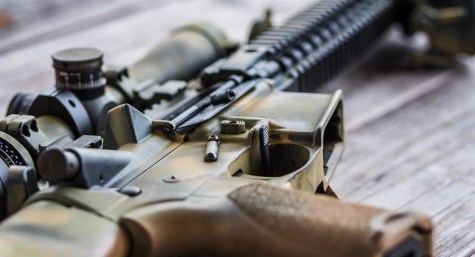 Why 18-year-olds in Texas can legally buy assault rifles 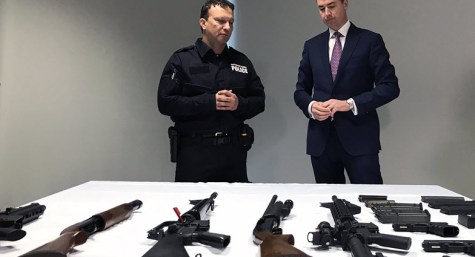 Only a conservative government could have toughened Australia’s gun laws. And that’s the only way they can be toughened in the US. Obama and the Democrats will never be allowed to do it.

History shows that major contentious changes can only be carried out by conservative governments. Witness the reform the 1967 referendum and Likud leader Yitzhak Rabin’s ill-fated attempt at peace with Yasser Arafat.

Progressive governments cannot do things like toughen gun laws because their conservative opponents accuse them of being weak, anti-gun, soft on crime, etc.

But when a conservative government proposes tougher gun laws or peace with its enemies, they are generally supported by their progressive opponents.

Personally I am hoping the state governments move to put the radler into the same category as pump action shotguns. That would bring down the amount of people that can legally acquire one significantly. Category A is available to any mug that passes a short safety course. Federally, the ban still is in place, so there is time for the government to tear up the deal with Leyonhjelm.

As sound as is the argument that government should not have a monopoly on weapons modern society has now given Authority a far more ubiquitous and dangerous form of social control, and soon outright oppression which the individual can never hope to match – this damned Intertube thangy.
It is the critical mass problem – beyond a certain point passed last week or tomorrow, the old rules & certainties of the social compact drift off like morning mist.
As so often, Grundle pings the problem.
Solutions though, aye, there’s the rub.

I wonder whether the problem in the US is to do with the ever-widening gap between the American Dream and the American reality? That could help to explain the fact that white men, who are most affected by the gap, are almost invariably the shooters, with black and hispanic men having no high expectations of the society they live in. Joseph Stiglitz says that as inequality increases so society – and the economy – tends to fall apart. That seems to be what’s happening in the US.