Fortescue has been badly hurt by the rapidly plummeting price of iron ore. Is there anything Andrew Forrest can do to save his company? 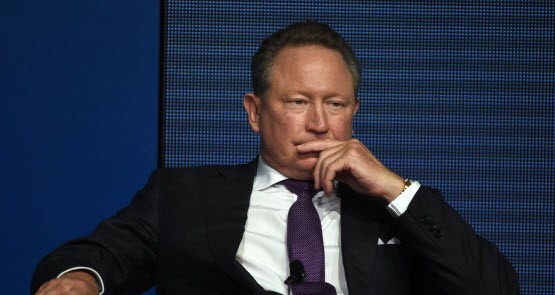 Reeling from prices that are now in line with those being fetched at the depth of the global financial crisis, the global mining sector went into a tailspin on Monday, September 28, 2015.

The market value of Glencore — the Swiss miner that only four months ago was confident enough to be sniffing around Rio Tinto — was slashed by 30% in one day.

No one in Australia would have been quite so nervous at the sound of Monday’s tickertape than Fortescue Metals Group chairman and major shareholder Andrew Forrest, though there would have been moments of schadenfreude for Glencore chief Ivan Glasenberg, who removed Forrest from his former venture, Anaconda.

The combination of exposure to bulk commodities in vast and increasingly oversupply (in Glencore’s case, coal) and mountains of debt would have looked all too familiar. FMG, of course, is in a similar position: lots of debt and 100% exposure to a bulk commodity in the shape of iron ore. China’s appetite for steel and iron ore, despite heroic forecasts from BHP Billiton and Rio Tinto that steel production would rise from last year’s 820 million tonnes to 1 billion tonnes in 2030, looks set to fall in the short term.

Crikey’s favourite iron ore pundit, J Capital Research commodities maven Tim Murray — who won’t comment directly on FMG — says he has been surprised that iron ore has held up so well given steel production in China for June and July fell by 3% and 3.5% respectively, according to the National Bureau of Statistics, a group that has a track record of underestimating when things start to go south.

Murray expects that the iron ore price, which has held at about US$50 per tonne for several months since dipping below the psychological barrier, will continue its current slide back below the mark by next year, when its average will be US$45 per tonne before slipping further to US$43 in 2017. This will be on the back of Chinese iron ore imports falling by 18% in 2016 to 844 million tonnes. Last night, iron ore slipped a bit more back to US$54. It’s now down 6.4% for the quarter.

Prices have resumed falling as Gina Rinehart’s Roy Hill mine is at last coming into production — the mine is just down the road from FMG’s original Christmas Creek mine and has much higher-grade ore at about 62% Fe (iron content) versus FMG’s 58% or so. But the kicker for Rinehart is that about 40% of the output will be in “lump”, a superior form of iron ore that can be tipped straight into blast furnaces, saving steel mills time and money, so it fetches a premium of between US$10 and US$20 per tonne, which goes directly to the bottom line. FMG gets a discount of about 7%, and Vale, the other producer with similar costs, gets a premium of about 5% for its 65% Fe iron ore.

The questions of a Chinese white knight for FMG now looks out of reach. With the price of iron ore now back down to pre-GFC levels for the foreseeable future, China Inc’s focus has turned from iron ore to oil and gas. FMG has had two Chinese suitors: Tewoo, the largest state-owned entreprise from the municipality of Tianjin, and Hebei Iron and Steel. Crikey had learned that Tewoo almost signed a letter of intent with FMG at the 2014 Boao Forum in Hainan but pulled out at the last minute.

Hebei is in trouble, with the central government forcing it to cut pollution from its steel mills. It has also just committed to build steel mill in South Africa. And, Zhou Benshun, party secretary for Hebei, was arrested for corruption in July this year, the first sitting party secretary to be put under investigation.

And the question remains: just how bad is the Chinese economy?

One thing is for sure, and it’s worth reiterating: the Chinese government has lost control over its trajectory. The August devaluation of the yuan was an admission that stimulus programs, no matter how targeted, are simply not working. None of this is good news for any commodities company, let alone a debt-laden one like FMG.

FMG’s share price, like the Chinese economy, is continuing on its downward trajectory from its high of $12 to its September 30 close of $1.82, up almost 9% on the post-Glencore relief rally, but still not so far from its $1.58 seven-year lows. Or was it a dead-cat bounce?

Still, and this will be cold comfort to Forrest, coal’s fortunes are in many ways even more dire than iron ore’s. No one, as we have noted before, has yet to come up with a good alternative to steel. (Although the US auto industry is switching from steel to aluminium. the vehicle-making sector only represents a sliver of overall steel consumption).

The heyday of fossil fuels has passed as for iron ore, as there’s simply too much of the stuff being dug up now. It’s a margin game, and FMG, for all Forrest’s spectacular entrepreneurship, is in very real danger being edged out of the game by higher-quality, lower-cost producers, the old “big three” Rio, BHP and Vale.

All of this should be giving Treasurer Scott Morrison, who seems to have yet to get his head around the difference between expenditure and revenue (here’s a hint: there will be less of the latter, so he will need a lot less of the former), sleepless nights, too.

As for Forrest, three years ago he announced he would largely step away from the company to focus on philanthropy. The plunging fortunes of iron ore over the past few years have prompted his dive right back in. Maybe it’s time to take a real break and let the market decide the fate of his company.

But maybe it’s best not to look, as it might not be very pretty. 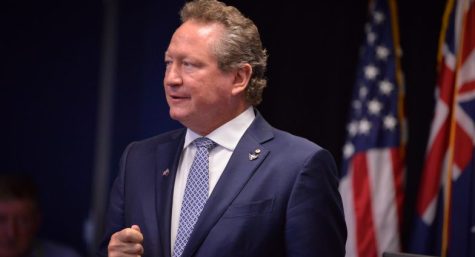 How ‘Twig’ Forrest changed the iron ore game in Australia

It’s difficult to feel sorry for someone as self important as Twiggy but the poor investors are buggered. Many of them in Perth and many of them mums and dads who fall for folksy folk like Twiggy who become billionaires.
Where are the shareholders yachts?

Has taken hucksterism to new heights…always has an escape hatch and a satchel..the “D. B. Cooper” of Australian business..

Tinkles, Rhinohide, Twigs & Clivosaurus – makes one so proud to be … oh, wait.

Perhaps business entrepeneurship is just another way of saying an ability to act like a con man, have a super-inflated opinion about oneself and the charm of treating the shareholders as scum?