Audio-description allows blind people to watch television by describing non-verbal action through a second audio track as it is aired. And disability advocates are fighting to bring it to Australia. 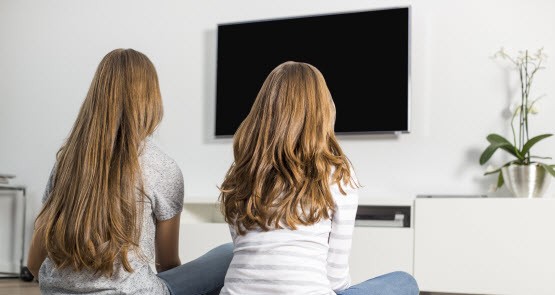 Australia lags behind many comparable countries in providing audio-description services for blind television viewers. But moves to push through mandated minimums for such programming, which allows blind people to enjoy television, are progressing very slowly.

Audio description services describe non-verbal action through a second audio track as a TV show is aired. The BBC makes 20% of its content with audio-description — other countries like the United States and New Zealand also offer different amounts of audio description. But in Australia, the only routine provision of audio-description is available in theatres.

For much of the past year, Vision Australia, the country’s peak advocacy group for the blind, has been trying to ramp up pressure on the government and public broadcasters to introduce some audio description content.

“What we ultimately want is legislated change to the broadcasting services act for free-to-air television,” said Maryanne Diamond of Vision Australia. But progress has been difficult, and slow.

In 2012, the ABC did a 13-week technical trial of airing 14 hours a week of audio-described content between 5pm and midnight. “That was terrific,” Diamond said. “But for us, it was like, ‘what next?'”

“At same time, New Zealand introduced audio description on television. They started on 14 hours a week — now it’s up to 20 hours a week. Canada has one station where everything is audio-described.

“Lots of countries have been rolling it out, and most brought about that change through legislation — through mandating minimum hours, and that going into television licences, [making it a legal obligation].”

But media reform of all stripes is a heavily contested area. Free-to-air television stations in particular have a long list of (conflicting) demands, making it difficult for public interest advocates to be heard over the din of corporate interests. The advocates of audio description are thus pursuing a multi-pronged approach.

Earlier this year, Vision Australia lodged complaints with the Human Rights Commission against all the major commercial TV channels (Seven, Nine, Ten, SBS and Foxtel) arguing for audio description. Another case, in the Federal Circuit Court, accuses the ABC of indirect discrimination against the blind and those of low vision. Both cases are being fought by the The Public Interest Advocacy Centre, and are ongoing.

Meanwhile, there’s the crowd-sourced offensive — a Change.org petition started by Stephen Jolley, who has been blind from birth, has received over 1000 signatures. And then there’s the parliamentary approach. Last month, Vision Australia held an information session in Canberra, where politicians were shown what audio description was and were urged to mandate it. Earlier, the Senate passed a motion sponsored by Greens Senator Rachel Siewert expressing concern over the lack of audio description and calling on the government to amend the Broadcasting Services Act to mandate it.

One early success has been the government funding the ABC to conduct another 15-month trial of audio description through iView. That trial started in April this year — a final report will be delivered to the minister in late 2016. It’s a step in the right direction, Diamond says, but she notes not everyone who is blind can easily navigate iView.

Before the complaint to the Human Rights Commission, she says, Vision Australia attempted to talk to the TV stations about the need for audio description. The feedback was that it was too hard and too costly, and likely to prove unnecessary in coming years as technological change means the blind have less need to turn to TV stations for such services. Vision Australia argues the opposite — with an ageing population, the number of people who are blind or vision-impaired and used to relying on their televisions will likely grow.

Part of the difficulty is that implementing audio description would need an initial large investment in the infrastructure to provide it. Many programs purchased from overseas already come with audio description, as many of the most popular programs are already dubbed in an audio-description track for overseas requirements. But to air this track in Australia, TV stations would have to set up another audio channel capable of broadcasting it. Depending on whether such channels are already set up, disability-access consultancy Media Access Australia, which has done modelling for Vision Australia, estimates it would cost between $500,000 and $2 million for the major commercial stations to put the infrastructure for audio description in place.