The saga continues: who will be the next Mark Scott?

Two more prominent names could be on the shortlist of candidates to become the next ABC managing director. 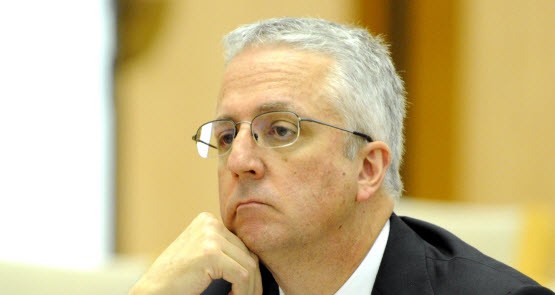 Last week, we introduced some of the main contenders for the ABC managing director gig. David Thodey, Kim Williams, Glyn Davis and Angelos Frangopoulos. While none of those have been formally ruled out (it’s early days, and applications are still open), there are two other names. Both have close ties to the body that will ultimately be making the decision — the ABC board.

Former Seven executive Peter Lewis has been on the board since October. An accountant by training, he has a long history in broadcasting, mostly with the Seven Network, where he was both chief operating officer and then chief financial officer between 2008 and 2013. But that’s not what he’s most famous for. He spent months last year closely involved with both public broadcasters as part of his authorship of the Lewis Review into their efficiency.

This review was a crucial part of the justification given by then communications minister Malcolm Turnbull in cutting $254 million from the ABC budget over five years. Needless to say this outraged supporters of the public broadcaster, who were further enraged when Lewis was promptly appointed to the ABC board. The Community and Public Sector Union said he couldn’t be viewed as anything but a “hostile appointment”.

The ABC rose to the defence of its new board director, with corporate affairs director Micheal Millett telling Crikey that Lewis “has lots of knowledge about the ABC, and has worked in the media sector for a long time”. He’s one of the few members of the ABC board with broadcasting experience. He also has a pre-existing relationship with Turnbull — though unlike the board appointment, who becomes the next MD won’t be directly up to the government.

Until recently there was another person on the ABC board with plenty of media experience. Julianne Schultz stepped down from the board in March last year. A former journalist with Four Corners, the Financial Review and The Courier-Mail.  she was head of corporate strategy at Aunty in the 1990s. In that role, she had some controversial ideas. One was to sell ABC content to a website run by Telstra, which would carry advertising. That led to a Senate inquiry, and the proposal was dumped.

She defended it in an interview with the Oz in 2013 — “I don’t think it would have done any damage to the ABC at all … It would have given them extra money,” she said. Since the 1990s her star has been on the rise, particularly under the former Labor government, where she was a favourite appointee when it came to cultural policy.

She’s now the editor of the quarterly Griffith Review and a professor at Griffith University. She holds a variety of non-executive board roles, with quite a few in the cultural sector. She’s the chairwomen of the Australian Film, Television and Radio School. She stepped off the board of the Grattan Institute last year.

She was one of a variety of media figures asked about their media consumption habits by Crikey as part of our 15th birthday celebrations, and she had this to say about the ABC: “It is more important [than it has been in the past], though its role is somewhat different. In what can feel like a swamp of global media, the ABC has a unique position. The rationale has changed, but the importance of an independent, non-commercial, culturally engaged, national, distinctively Australian media organisation is arguably greater than ever.”

‘An alarming message about the ABC’s future’: Lewis named for ABC board 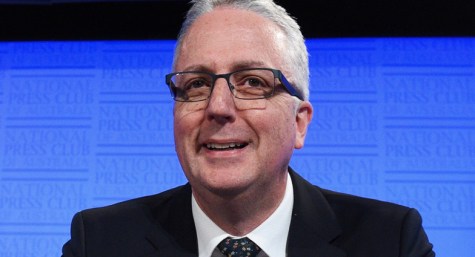 I would have thought just the one was two too many.

If it is ‘Needless to say’ don’t say it, and even better, don’t write it.