Southern Cross Austereo gets plenty of accolades for its Press Pause programming. And other media tidbits of the day.

Press Pause gets ACMA endorsement. As the last public settlement to arise out of the 2012 2DayFM royal prank call, Southern Cross Austereo on Tuesday aired a three-hour mental-health special across its Hit network.

As Crikey noted yesterday, anyone who didn’t tune in bang on 7pm would have likely been oblivious to the reason the station had turned its focus on mental health — it was a compromise reached with the Australian Communications and Media Authority, after the broadcast regulator considered making 2DayFM broadcast dead air as punishment for its infamous prank phone call.

“We confirm that the licensee broadcast the program consistent with the undertakings it gave the ACMA,” a spokesperson told us. “We reiterate our view that it was intended as a constructive contribution to the debate on a number of societal issues, in particular, mental health issues.”

The ACMA spokesperson says the regulator is pleased with the way it went.

“We are hopeful that the mature way the impasse was resolved following the ACMA’s breach findings might, in the longer term, encourage behavioural change within the broadcasting community more generally when breaches are found and remedial action is required.”

On the topic of mental health programming, it’s amusing to note that what was meant as punishment for 2DayFM makes prime-time programming over at Aunty. The ABC’s Mental As launches on Sunday. It’s the second year the ABC has devoted a whole week to programming on mental health. — Myriam Robin

Lynch gets a win. AAP has lost a Press Council adjudication, after the print media ombudsman ruled the wire service had published an inaccurate report on NSW shadow attorney-general Paul Lynch’s attendance at a “pro-Russian rebel event”, and had not given the Labor MP enough time to respond to its allegations.

In early February this year, AAP published an article referring to “a meeting organised in support of pro-Russian separatists” at a Serbian club. The meeting was attended by Lynch, as well as several other lower-profile politicians and community leaders. AAP first contacted Lynch about the article two hours before publication, but, the Press Council found, didn’t ask him about the article’s main allegation until 45 minutes before publication. When it did, it offered him no firm deadline by which to respond. Lynch said his office told AAP at 3pm they’d give a response “in the next half hour” — and gave one at 3.48pm. But the article appeared without his response at 3.38pm — AAP said it was factually correct given the information available to it.

A revised article was published within two and a half hours carrying Lynch’s response and extenuating circumstances, but the Press Council said it “failed to correct inaccurate and unfair aspects of the original article”, and so found AAP in breach. — Myriam Robin

Colvin signing off (for now). After 18 years presenting Radio National’s flagship PM program, Mark Colvin is taking a break. Tonight’s his last show for some time — he’s taking long-service leave until the end of January, during which time he’ll be writing a memoir.

Filling his shoes until then will be Tim Palmer, a former executive producer of Lateline who won a Gold Walkley a decade ago for his coverage of the Boxing Day tsunami. — Myriam Robin

Video of the day. “People didn’t get scared until he started sculpting shrubs into dinosaur shapes and what-not …” 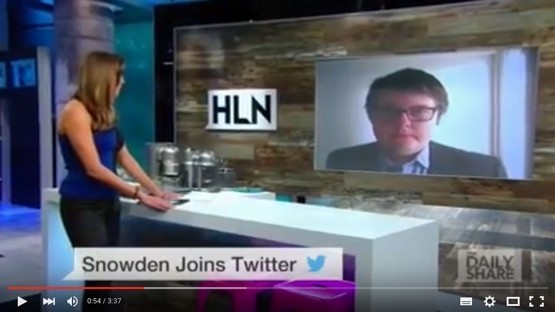 Front page of the day. Out October 26. We have it on good authority Manning only finished the draft yesterday, so that tells you how fast MUP is rushing this one out … 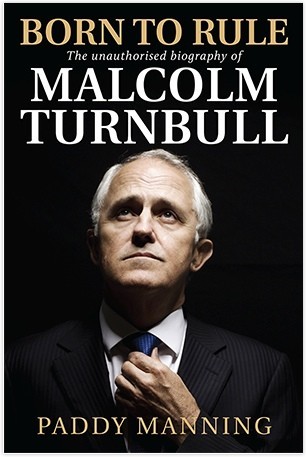 “Turnbull’s Born to Rule Rhapsody”
[“Is this the real life?
Is this just fantasy?
Caught in a landslide,
No escape from reality……