Australians are addicted to shows about food -- and SBS is cashing in. 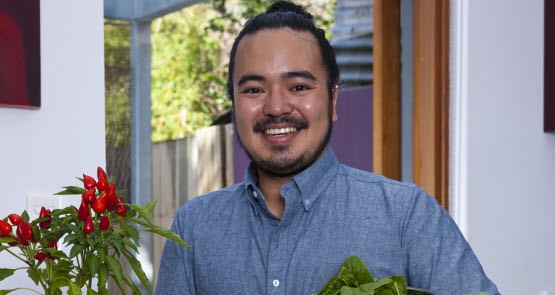 If you can’t up the ads, up the content instead. That’s the strategy behind SBS announcing a fourth TV channel yesterday devoted entirely to food programming, after a bill that would have allowed SBS to double the amount of advertising aired in prime time was defeated by the Senate earlier in the year.

Crikey understands that when the bill’s defeat looked imminent, attempts were made to introduce an amendment that would have seen SBS only allowed to air extra advertising in food or sport content. And no wonder. When we called around media buyers earlier this year to ask what they thought of SBS’ proposal to air more ads, their mouths watered at the thought of more ad inventory on SBS’ Thursday night food line-up. Then-SBS corporate affairs director Peter Khalil told Senate estimates that a greater ad inventory on SBS would force prices down, with the exception of “a certain degree of value proposition in certain types of programming, where people want to actually get in there and advertise around food, for example”.

At yesterday’s announcement, SBS chief content officer Helen Kellie hammered the point home once again. “It’s one of our strongest and consistent ad revenue generators,” she said. “We deliver strong revenues in terms of programming sales in this space as well. Overall, in terms of return on investment, food is a really important commercial performer for us.”

“We do believe there is a gap in the market. We see it as a very big-scale opportunity in Australia.”

SBS plans to have the channel fund itself through advertising. Its content will be delivered as part of a content deal with American broadcaster Scripps Networks Interactive, which owns both the Food Network and the Cooking Channel.

When the crossbenchers were weighing up whether to support ad-averaging on SBS, the multicultural broadcaster stressed that failure to pass the bill would force it to make cuts similar to those pursued at the ABC last year. But the government last year acknowledged SBS was a leaner organisation with less fat to trim, and so the ad-averaging bill was supposed to allow it to recoup lost revenues through advertising. With the failure of ad-averaging to pass the Senate, SBS is still in discussions with the government, managing director Michael Ebeid said yesterday:

“We’re working with the government to try to revisit our funding before making any announcements on reducing any services. We’re hoping that we don’t have to do that Obviously the new government means we’re starting with some new players. I’ve got a new minister, so the government timetable is certainly not for me to announce.

“What I can tell you is we’re going to exhaust all the avenues, and there are several processes we’re working through, so it could take a couple of months.

That isn’t a change from previous statements. SBS is holding its cards close, though few expect it to pursue a redundancy program of the scale seen at the ABC last year. One possibility is a reintroduction of the ad-averaging bill, perhaps amended in the manner attempted earlier this year. The government appears unwilling to lend SBS any slack, but the broadcaster still appears hopeful. There’s a new team leading their corporate affairs effort in Canberra after Khalil’s exit in August.

The food channel will launch in November — there’s no word on its precise programming yet.

A fourth network by stealth? Media buyers shrug off SBS’ threat to commercials

Zombie SBS ad-averaging bill back from the dead