The ACT government has decided to get on the front foot, and will allow Uber in, but with strict regulation. 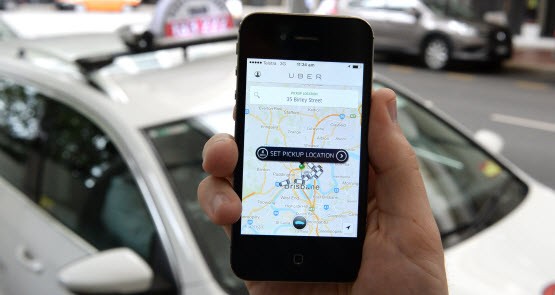 While the state governments in Queensland and New South Wales seem to be hell-bent on fighting ride-sharing app Uber’s “disruption” of the taxi industry, the ACT government has attempted to get ahead of the looming battle between Uber and the taxi industry before the app’s launch in our nation’s capital at the end of October.

The arrival of Uber — and its low-cost taxi-alternative UberX, which allows registered drivers to use their own cars to take passengers to their destinations — has upset the established taxi community in every jurisdiction it has launched in. Its arrival in each new city has been met with strong lobbying and protests from taxi drivers, who believe they are being undercut because the same rules and regulations that have applied to them are not being applied to Uber.

State governments have responded, in most instances, through fines, or by establishing long-running investigations into how to deal with the service. The NSW Department of Roads and Maritime Services this week announced that it had issued 40 suspension notices to vehicle owners operating ride-sharing services in breach of NSW passenger transport laws. These three-month suspensions mean Uber drivers will face penalties of $637 each time they are caught driving in the three-month period. In the meantime, the NSW government has created a task force looking at how to tackle Uber’s arrival.

In Victoria, taxi drivers staged a protest earlier this month calling for the government to regulate the ride-sharing service, but as of yet, the Victorian government has not decided on how best to deal with the matter.

Uber is set to arrive in our nation’s capital on October 31, and the ACT government has decided to get on the front foot and will allow Uber in, with regulation, but will also reduce the cost for taxi services to operate in the ACT. Uber and other services like goCatch will need to become official transport booking services. The regulation will mean drivers will be able to work for taxi companies or other services like Uber at the same time, but they will need to pay a $600 application fee, and a $50 annual fee per vehicle.

Uber drivers will need to go through car safety inspections, driver assessments and medical examinations. There will also need to be proper third-party and property insurance for all drivers, and drivers will be expected to be drug- and alcohol-free.

To make Uber’s arrival easier on the existing taxi industry, licence fees for taxi drivers will be reduced from $20,000 to $10,000 when Uber launches, and then down to $5000 in a year’s time. Hire car fees are also being reduced from $4600 to just $100. The accreditation fee for taxi operators will reduce from $350 to free.

Uber drivers will not be able to pick up passengers from taxi ranks, or stop in taxi, bus or loading zones.

While the move will potentially head off any battle against the taxi industry in the ACT, it doesn’t look like the move will please the industry in other parts of Australia where Uber has already launched. The NSW Taxi Council is already telling people that the situation in the ACT and New South Wales is “very different”.

They do, at least for a week: your invite to Australia’s first gay marriages

The more I read about Uber the less I like it. The regulated taxi industry is bad enough, I can only imagine what could happen in an Uber environment.

I really wish people would stop calling it “ride sharing”. It’s not “sharing” anything, it’s a bog standard vehicle-for-hire arrangement with a fancy online booking system.

At last, in the ACT there will be a smaller license plate “rent” built into a fare with only $5000pa going to the government. However there still is around $20,000pa rent in the private (monopoly) hands of license plate holders. Until that’s tackled the public is still dealing with a rent seeking provider and all the problems and distortions the Productivity Commission keep banging on about will remain.

Rent seeking?!
Taxi owners been rippping off drivers for years, cozy cabcharge arrangements thanks to mr kermode, visacard bans a few years ago, nobody likes their sweet little monoply being disrupted, about time i say!

I’m very pleased to read this, for 2 reasons. First, there will be an alternative to ACT’s taxi service, which I found poor compared to other Australian cities. Secondly, it is good to read that the States have a good example from ACT Government’s progressive approach.