Southern Cross Austereo was forced to air three hours of ad-free mental health programming last night as a punishment. But the move brought the station plenty of accolades. 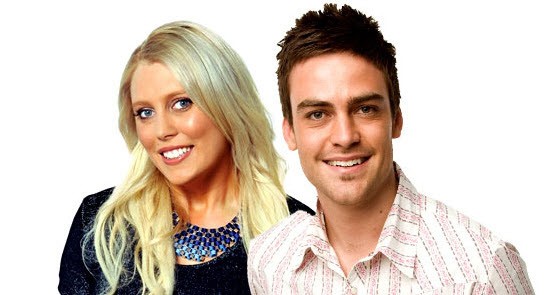 Last night Southern Cross Austereo’s Hit network broadcast three hours of commercial-free mental health-focused programming across the country, as the last public part of its settlement with the Australian Communications and Media Authority after the regulator found its Sydney station 2Day FM in breach of its radio licence over the now-infamous royal prank call aired in 2012. But you wouldn’t know it from listening to the broadcast, which was a bit coy about its sudden dedication to mental health awareness.

Southern Cross Austereo’s management in 2012 appeared less than contrite about the prank, whose victim, Jacintha Saldanha, later committed suicide. The company took ACMA to court in an argument over jurisdiction after ACMA ruled in its draft report that the company had breached its broadcast licence and broken the law. When the High Court settled that argument in ACMA’s favour in March, the regulator and broadcast company reached a July settlement that imposed a special licence condition on the network banning it from recording people without their consent for three years. It also mandated special training for presenters, and, in a rather novel punishment agreed to with the company’s new, more co-operative management, required the network to broadcast three hours of ad-free mental health content in prime time.

Last night’s Press Pause special, billed as the starting event of mental health month, mentioned all that once — right at the start:

“On December 4, 2012, 2Day FM broadcast a prank call made to the King Edward Hospital in London. The broadcast had consequences that were unforeseen and deeply regretted. The Australian Communications and Media Authority investigated the broadcast and found that 2Day FM breached radio industry codes of practice by broadcasting the words of an identifiable person without consent, and treating participants in a live-hosting entertainment program in a highly exploitative manner.

“The ACMA also found that 2DayFM breached a condition of its broadcasting licence when it broadcast a private conversation that had been recorded without consent. Tonight’s special broadcast is one of the steps that 2Day FM agreed to take in response to those findings. Southern Cross Austereo has taken the further initiative to broadcast this program across the national Hit network, including our regional affiliated stations. The show will be commercial-free, with airtime donated to raising awareness of [a series of mental health organisations].”

The announcement lasted one minute in the three hours of programming by the station.

The youth-focused show was heavily promoted on social media and online, but the special website makes no mention of the royal prank call. Neither did the many social media posts the network put up about the programming. On Twitter, the program drew praise from many listeners and mental health advocates for its extensive, in-depth treatment of mental health issues, particularly as they relate to young people. But few seemed to know it was a punishment imposed as part of the settlement with ACMA for the prank phone call. The hosts repeated referred to it as a “a live check-in across Australia to launch mental health month”.

The program featured a star-studded array of local and international celebrities who spoke candidly about their own struggles with bullying and mental health. It also featured interviews with mental health professionals, including with many involved in providing front-line services. Support numbers were featured prominently and repeatedly.

The settlement also promised a focus on media ethics, and this was covered through an interview with the Ethics Centre’s Matthew Beard. Two examples of media ethics with regards to mental health were discussed — SBS showing someone who was addicted to ice on Struggle Street earlier this year, and the publication of the lists of people whose email addresses were entered into infidelity website Ashley Madison a few weeks ago. Later, the hosts spoke about magazines promoting unrealistic body image. Prank calls and shock jocks were not discussed.

ACMA’s other option had been pulling the station off-air for several hours. But ACMA agreed to the broadcast as it was a more “constructive” use of the airtime than dead air (of course dead air would not have won the program accolades, either).

The program aired ad-free, with ad spots instead being donated to mental health charities and advocacy groups (as mandated by the ACMA settlement). But the three hours included the time usually devoted to the Shazam Top 20, and music app Shazam was featured regularly. Listeners could ‘Shazam’ the program — open the app on their phone while the program was playing — to get further information about mental health services.

Shazam and Twitter are listed as “partners” of the broadcast on the network’s website. Crikey asked Southern Cross Austereo whether there was a financial arrangement between Shazam and the Hit Network, and whether this arrangement had been modified on the night to get around the no-advertising clause of the ACMA agreement, but didn’t hear back by deadline.