The government expects the Australian Federal Police to take on a greater role in national security, but it keeps cutting the agency's funding. 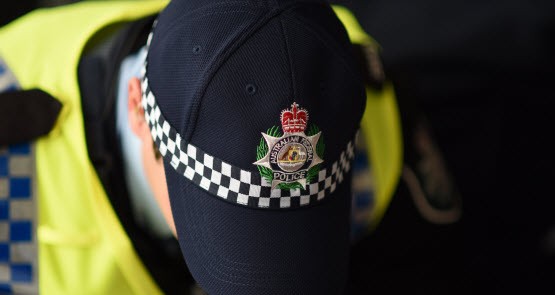 Australian Federal Police Commissioner Andrew Colvin became a frequent sidekick to then-prime minister Tony Abbott, appearing at a number of press conferences and photo opportunities with Abbott during his first two years of government. Colvin was also brought in to justify why the government was pursuing mandatory data retention where Attorney-General George Brandis had failed to adequately explain. But while the government has been talking tough on terrorism, and happy to use the AFP to show off its national security credentials, the agency has been subject to budget cuts over the past few years — and warned that it will not be able to sustain staffing levels or keep up with technology upgrades if these “efficiency dividends” continue.

The government announced a major funding push into counter-terrorism and national security in the May budget, with the then-Abbott government pledging more than $450 million to “strengthen Australia’s intelligence capabilities, including updating information technology systems and to counter extremist messaging”. In reality, however, one of the agencies most responsible for investigating and dealing with terrorism and national security in Australia is crying poor.

The annual budget for the AFP has been declining steadily, from $1.02 billion in 2014-15 to $981 million in this financial year. Out to 2018-19, the agency’s budget for law enforcement and national security will be cut back to $903 million. That’s in addition to a $103 million cut over the forward estimates for international policing from $267 million down to $164 million.

In addition to funding cuts due to programs ending, there is an overall cut in funding by 2.5% in 2015-2016, and again in 2016-2017, and a 1% cut in 2017-2018. The Attorney-General’s Department has said part of that will be offset by additional counter-terrorism funding of $7.6 million in this financial year. The cumulative impact of the cuts over the forward estimates is $190 million.

In a response to a question on notice released earlier this month, the Australian Federal Police warned it could not bear future “efficiency dividends” and further cuts would hamper the agency’s ability to do its job:

The AFP also said staff cuts would be on the cards if its budget were further slashed, estimating 115 people could go from the organisation over the next four years. These cuts could be temporarily countered where the AFP gets funding for specific operations or government announcements, but long-term resourcing, including technology upgrades, could potentially suffer due to the long-term cuts. The agency noted:

“The AFP has managed to incorporate funding for all essential upgrades to priority systems and equipment, however some upgrades have been deferred to later years as a result of the efficiency dividend. Continued delays in upgrades can result in limitations to the existing system and equipment capabilities.”

The security agency is currently in the process of developing a Future Directions Strategic Context paper, which will explain the operational needs for the AFP in the future, and the AFP has said it will seek funding for those projects through the budget process. Much of the government’s justification for pursuing mandatory telecommunications data retention was to keep up with the change in technology and to give the AFP and other law enforcement agencies the tools they need to investigate and combat modern crime. The AFP said that it also needed the equipment upgrades to ensure it would not “lag behind the criminal and national security threats we fight”.

“The AFP is committed to ensure efficient and effective investment in technology to maximise the utility of available resources. The imposition of the efficiency dividend increases the challenge of the AFP to keep up with advanced criminal enterprises due to the deferral of upgrades to systems.”

“The AFP continues to face challenges in ensuring as an organisation we keep pace with technologically advances used by organised criminals and those threatening Australia’s national security and who seek to exploit limitations. As organised criminals and those posing threats continue to evolve and adapt, the AFP will be required to continue to upgrade systems and capabilities and adapt to new emerging challenges in the environment.”

The AFP is the only security agency to face a budget cut over the next four years. ASIO and ASIS both received boosts in funding for counter-terrorism in the budget. 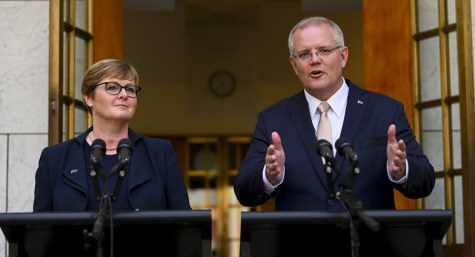 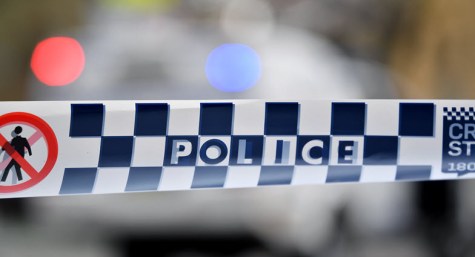 Terrorism vs ice: how are we funding the fights against our ‘biggest threats’?

“Colvin was also brought in to justify why the government was pursuing mandatory data retention” – we remember that farce and their gung-ho view on software piracy and seemingly overt views on the surveillance of the Australian populace.

The AFP has always been regarded plastic police by the real, State coppers and, once the Diplomatic protection was hived off to the APS, had no real function except to be the Praetorian Guard for leaky governments.
Anyway, we now have the ever so wunnerful BruderFarce so leave them sitting in their plush office and chase whistleblowers and those guilty of lese majeste of our rulers.

Eureka!!!! At last Crikey Land is going to argue in favour of increased funding for Security improvements Australia needs. I shall also watch out for squadrons of flying pigs.

I agree with AR. It was the Australian Federal Police which wrongly arrested Muhamed Haneef. With the various federal spy and security agencies getting such big increases in funding over the last several years it is good that at least 1 is being cut. Hopefully that will extend to Asio soon, and the bloody border force can be returned to a civilian inspection service.

GavM – the AFP, despite constantly denying the obvious, do not act independently of the Government of the day.
Remember the then A/G, the Cadaver, with that undead …’smile’?… for which he was infamous, saying during the SBS doco on WIlkie “the government does not direct the AFP” which was then followed by Peter Shergold proudly (sic!) boasting that he would always set them onto anyone who incurred the PMO displeasure.
And how can we forget that it was the gruesome Kevin ‘Andrews’ Android, by then A/G, who briefed the mudorc press daily against Haneef – scoping terror targets on the Gold Coasts with his holiday pics, etc – but that couldn’t be construed as “leaking” because every, single allegation splashed across those worthless rags was UNTRUE.