‘Karen’ the remorseful greenie (and other tales of futile awareness campaigns)

Advertisers can sell a product to young people with relative ease, but the matter of selling them, or anyone, a message of morality is rather more complex, especially coming from government.

Late last week, Crikey reported on the most elaborate misuse of ink this side of Justin Bieber’s forearms. With the release of Preventing Violent Extremism and Radicalisation in Australia, the federal government has added to a “youth awareness” publishing history rich in artless waste. The booklet aims to describe warning signs for extreme action and radical thought. It was intended for use by concerned teachers but was destined for ridicule by students who now have more written evidence that adults have no real business running the world.

To a cynical teen of reasonable intelligence, this pamphlet is a gift of comic inspiration — my god, if I were 15, I’d be using its “hip” awareness of “youth” to ignite a bong in art class. To a doubting teen of reasonable suggestibility, it’s a potential proof that the fragile “social cohesion” so clumsily promoted within it demands immediate disassembly.

Using the curious language of liberal tolerance, the document praises “diversity” even as it demonises it. While we are enjoined to honour social and cultural differences, we are also urged to consider them as the preamble to violence. In short, it’s okay to be different so long as you are not, you know, different.

The funniest and most widely reported propagandist passage details “Karen” the environmental activist. This youngster, now farcically honoured via a series of Facebook pages, is brought to unconvincing life by the kind of writer better suited to producing ecumenical copy for an ultra-Christian teen newsletter. After a youth misspent listening to “alternative” music — an adult descriptor whose use had already become hilarious to kids by the ’90s — and protesting the protection of old-growth forests, Karen grows out of her radicalism in favour of  “a sustainable solution using the legal system” and gets a gig in the “environmental field”.

Look. They haven’t thought this through. As a parable, “Karen”, who ends up doing pretty well for herself, is a failure. She converts the extreme passions of youth into adult profit and her story is less of a warning than it is a recommended career trajectory. The message is: sit in front of tractors listening to John Butler and stinking of sandalwood for a few years, and you’ll grow up to find socially meaningful work.

Unlike the fancifully drawn “Karen”, “Khazaal”, the al-Qaeda fanboy, is deprived of a redemption or a point-of-view. This “diverse” pamphlet makes some effort, however misguided, to depict the young, white environmentalist but gives us nothing more than a brown stick figure with a rap-sheet in the Islamist case. And it is this scope that ranges from getting-it-very-wrong to not-even-bothering-to-understand-it that has long informed awareness propaganda aimed at or about the problems of “youth”.

Emerging scholarship suggests that campaigns that seek to modify behaviour in all age-ranges often backfire. There is a real danger of normalising a particular social ill, say environmental destruction or family violence, by depicting it. The authors of a study on the effectiveness of gender-based violence (GBV) campaigns concluded that these “often propagate a descriptive norm that (such) behavior is prevalent in the community, perhaps licensing violent behavior rather than activating behavior to reduce GBV”. The idea that people behave badly simply because they have no information about behaving well may turn out to be deeply flawed.

Schemes aimed at young people can run not only the risk of making an undesirable behaviour seem normative but, as in the “Karen” case, fail so badly to demonstrate understanding of young people, they undermine their own authority. In particular, anti-drug ads aimed at youth tend to fail and many legitimate concerns were raised about this year’s recycled “Ice Destroys Lives” campaign. Studies on a 1998 US anti-drug campaign found that the young people at whom the ads were directed became much more likely to smoke pot.

This Reefer Madness tradition which makes authority ridiculous continues to the present with Karen and her ice-smoking buddies and is certainly something I recall from my own youth. The ‘90s era of Drug Offensive ads made drugs look fun and the powers that control their distribution ridiculous. One advertisement featured a girl whose rough night had delivered a stranger to her bed. She looks to her right in the morning to see a young man whose resemblance to an underwear model of the period did little to dissuade me from seeking casual, drug-fucked sex with chaps who looked like muses for Calvin Klein.

Advertisers can sell a product to young people with relative ease, but the matter of selling them, or anyone, a message of morality is rather more complex. And even risky. Campaigns aimed at reducing eating disorders by urging young people to “celebrate” appearances rather than, say, trying to ignore them altogether may not only compromise their own message but make research in the field more difficult to fund. Campaigns aimed at reducing depression among indigenous youth broadcast the idea that it is bad behaviour by racist individuals at fault. While this idea in itself is not harmful and it might be nice if a few white idiots put the brakes on their stump-dumb racism, such messages do underscore the cheap and convenient idea that all the bad in the world is a private fault and not, as is clearly the case in the metal health of indigenous people, also a public and institutional problem.

At its best, “awareness” aimed at youth is benign. At its most hilarious, it produces “Karen” and an afternoon of distraction on social media. At its worst, it gainsays it sown aims. 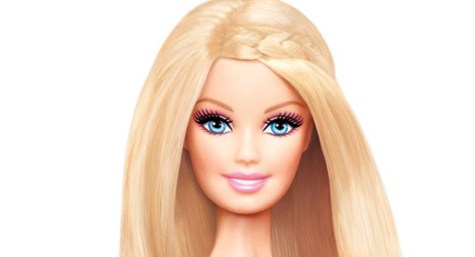 Thanks @Tinatoerat. I have clearly been listening to Reign In Blood by Slayer too often. Fortunately, “metal” is not considered a precursor to radicalism by the Australian government.

Wasn’t it meant as a boost for teenage morale….?
“In a future world of uncertainty, just remember, no matter how dumb you think you are, you could qualify for a government job – as simple as ABF”?

Too right Helen. When I think back to my days in the suburbs of a regional city, I could easily have been shunted off to Gitmo for ‘listening’ to punk loudly played on 45s, wearing black nail polish which was pretty edgy in the day, and putting a safety pin through my working class ear. But look how we all turn out. Seriously though, I was surprised to see the authors’ names. I can only hope that, as they claim, the report was used well out of context. I am though struggling to think what context would not make it look ridiculous.

whilst I agree that this current campaign looks like it’s got the looney right’s hand prints all over it. Let’s not forget that the government was responsible for possibly the greatest ever public health campaign with its anti smoking push, and it’s still working !