Rights holders and ISPs had been hoping new Communications Minister Mitch Fifield would end their stalemate over the piracy code, but so far neither side has shown a willingness to budge. 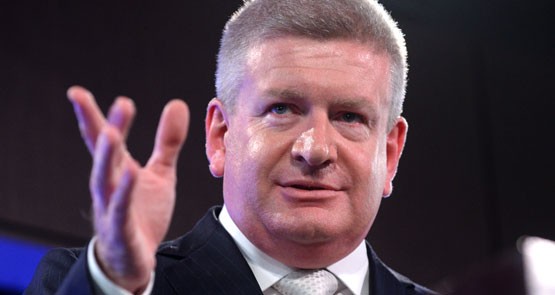 When Prime Minster Malcolm Turnbull’s new ministry was sworn in last Monday, as part of his responsibility for Communications and Arts, Fifield was given responsibility for copyright and censorship, previously the purview of the Attorney-General’s Department.

There had been hope that under Fifield, the balance might shift towards the telecommunications industry and away from the rights holders, as had been the case under Attorney-General George Brandis. In his two years as Attorney-General, Brandis has been loath to move on creating a fair use exception to copyright as recommended by the Australian Law Reform Commission — which rights holders oppose — and quickly moved to legislate to allow rights holders to get piracy sites like The Pirate Bay blocked by Australian ISPs.

Brandis also got the film studios and TV production companies back to the negotiating table with the ISPs to discuss how to warn, and then ultimately punish, users who use peer-to-peer file-sharing services to download illicit copies of the latest episode of Game of Thrones or Justin Bieber album. At least in the initial stages, the code, registered with the Australian Communications and Media Authority in April, would require ISPs to pass on about 200,000 notices of alleged infringement to their customers in the first year.

Under the code, the rights holders would determine which users were downloading their content by tracking their IP address and determining which internet service provider had that IP address. The ISP, once it received a notice, would then check which customer had that IP address at the time of the download, and then pass on the notice to that customer. After three notices had been sent in any one year, the ISP would make it easier for any of the aggrieved companies to be able to take specific customers to court and get damages. Cases like the recent Dallas Buyers Club case — where iiNet (and the other ISPs involved) made life difficult for the film company attempting to get details out of the ISPs — wouldn’t be challenged by the ISPs under the code.

Conveniently, ISPs, as part of the new mandatory data retention scheme, will be keeping records of IP addresses anyway, so matching IP addresses against account holders will be easier, but the process of finding the associated customer and sending out warnings comes with a cost — that has been the sticking point in negotiations, and why a September 1 deadline for the scheme was missed. ISPs believe the cost per notice is around about $27, but rights holders believe it should only be around $6. An independent analysis of the costs conducted as part of the negotiations has put the figure closer to the ISPs’ estimate, but if rights holders are forced to pay $27 per notice, it is likely that – like New Zealand’s scheme – it will go largely unused.

As it stands, the negotiations are believed to be at a stalemate, again. Crikey understands that the ball is currently in the court of the rights holders, but it is unclear whether negotiations can progress. It was hoped that Fifield might look for other options to break the deadlock, but he appears to be continuing with Brandis’ policy at this stage.

Fifield was unavailable for interview on Monday, but a spokesperson for his office told Crikey that there was still hope that the two sides would come to an agreement on the scheme:

“The ACMA has advised it is unable to consider the code for registration while some commercial details, including elements of the scheme’s funding arrangements, are still to be finalised. As the outstanding issues are primarily commercial in nature, these matters are best left to the rights holders and internet service providers to negotiate. The government encourages right holders and ISPs to continue to work in good faith on the outstanding aspects of the scheme, and for the code to be finalised soon.”

Early on in the process, the government had threatened to legislate a mandatory code if the two sides could not come to an agreement on the voluntary code. It appears at this stage that this option is currently off the table.

A spokesperson for Foxtel, one of the lead negotiators for the rights holders, did not provide a comment by deadline.

Turnbull already did his bit for the anti downloading brigade by butchering the NBN..

Going at Aussie battlers for damages, if done on a large scale, would have adverse consequences for businesses that have (captured) the copyrights.

I think it is a bluff.

Meanwhile I can legally download off Iview or SBS Catchup, but if I am a day too late and get my friend’s copy from the same source, it is illegal (but not criminal).

I recall a conversation years ago with the head of the NZ government industrial relations department. He said: If the man in the street does not think it is justice, then it is not justice.

Time for the law to move on

The usual function of a tory government, enabling & legalisation the grinding down of the populace.
Not as if Labor… oh, wait,

If I ever download an album by Justin Bieber please lock me up and throw away the key.